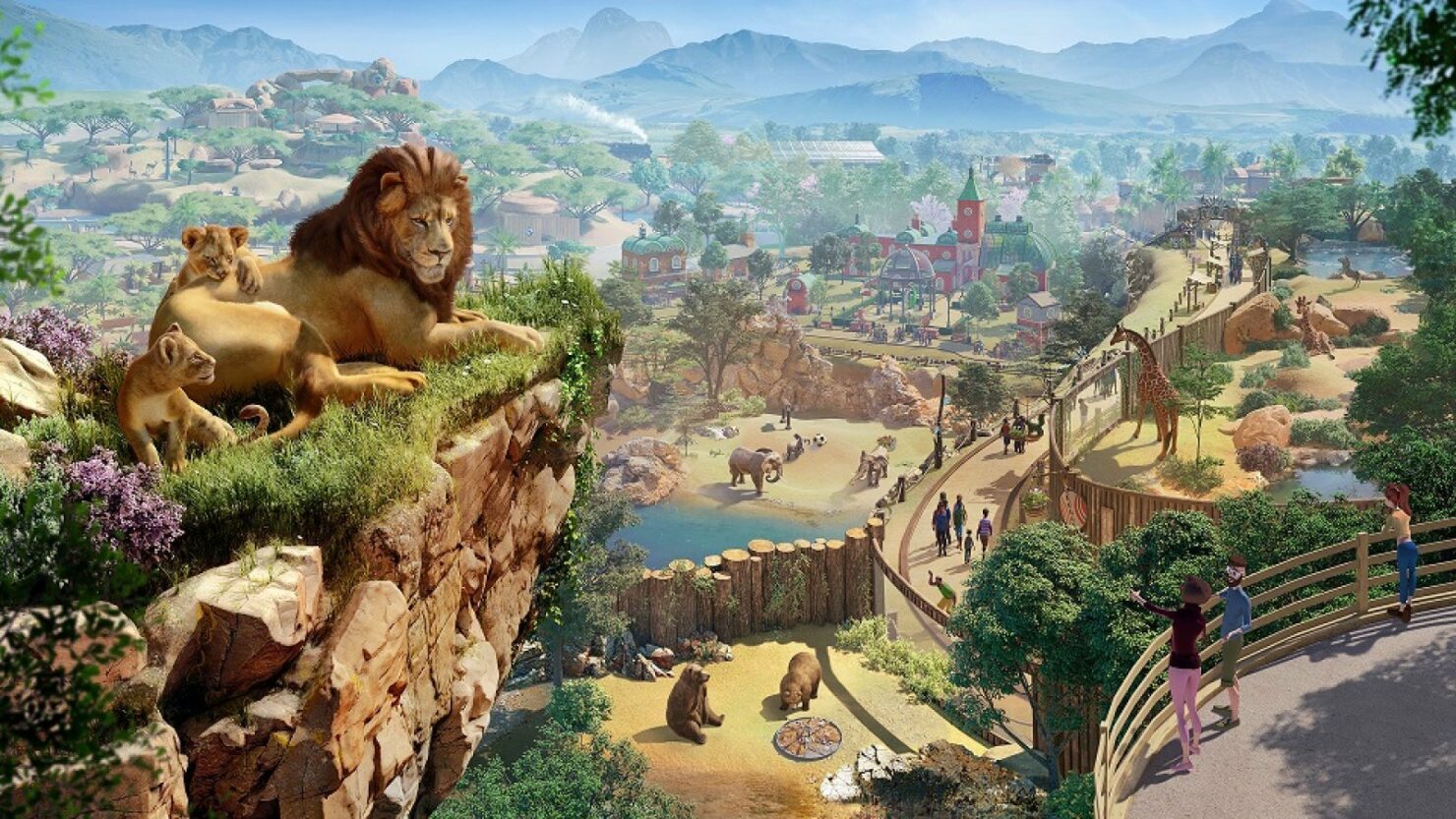 The newly announced game, which will release on PC later this year, will allow players to create scenery and habitats, research new technology and make their zoos enjoyable for both visitors and the animals living within. Animals will play a very big role in the game, as their welfare will come before anything else.

Planet Zoo presents the most authentic animals in videogame history. From playful lion cubs to mighty elephants, every animal in Planet Zoo is an individual who thinks, feels and explores the world you build around them. They care about their surroundings and each other, with complex environmental and social needs. Nurture your animals throughout their lives, study and manage every species to see them thrive, and help them raise young to pass their genes onto future generations.

Unleash your creativity with the next evolution of Planet Coaster’s best-in-class creation mechanics. Craft stunning scenery and habitats, dig lakes and rivers, raise hills and mountains, and carve tunnels and caves as you build your own zoo. See your animals and visitors respond to your creative vision, and share your designs with friends in Planet Zoo’s online community. Bring the world’s greatest designs home to your own zoo for your animals and visitors to enjoy.