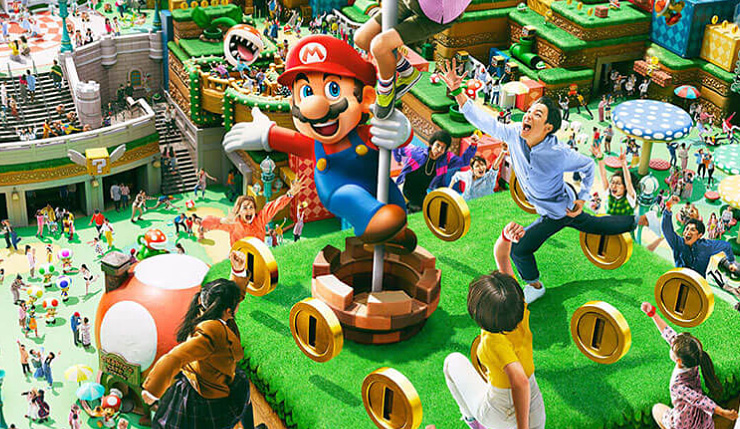 As we've reported, the long-promised Super Nintendo World theme park at Universal Studios Japan is set to open in February of this year, and a new website lets you take a virtual tour of sorts of the new Mario-flavored playground. The website lets you click on various Super Nintendo World attractions, including the Mario Kart and Yoshi’s Adventures rides, the Toad-themed restaurant, and more. Overall, the site provides one of the clearest impressions yet of what the Nintendo-themed park will actually be like – check out the website here (don’t worry, it’s in English). The first Japanese Super Nintendo World TV ad has also been released.

And, since we haven’t posted it yet, here’s Shigeru Miyamoto himself taking a tour of the park…

Super Nintendo World opens at Universal Studios Japan on February 4. The attraction is also coming Universal Studios resorts in Orlando and elsewhere in the world, although we don’t yet know when those versions of the park will open.