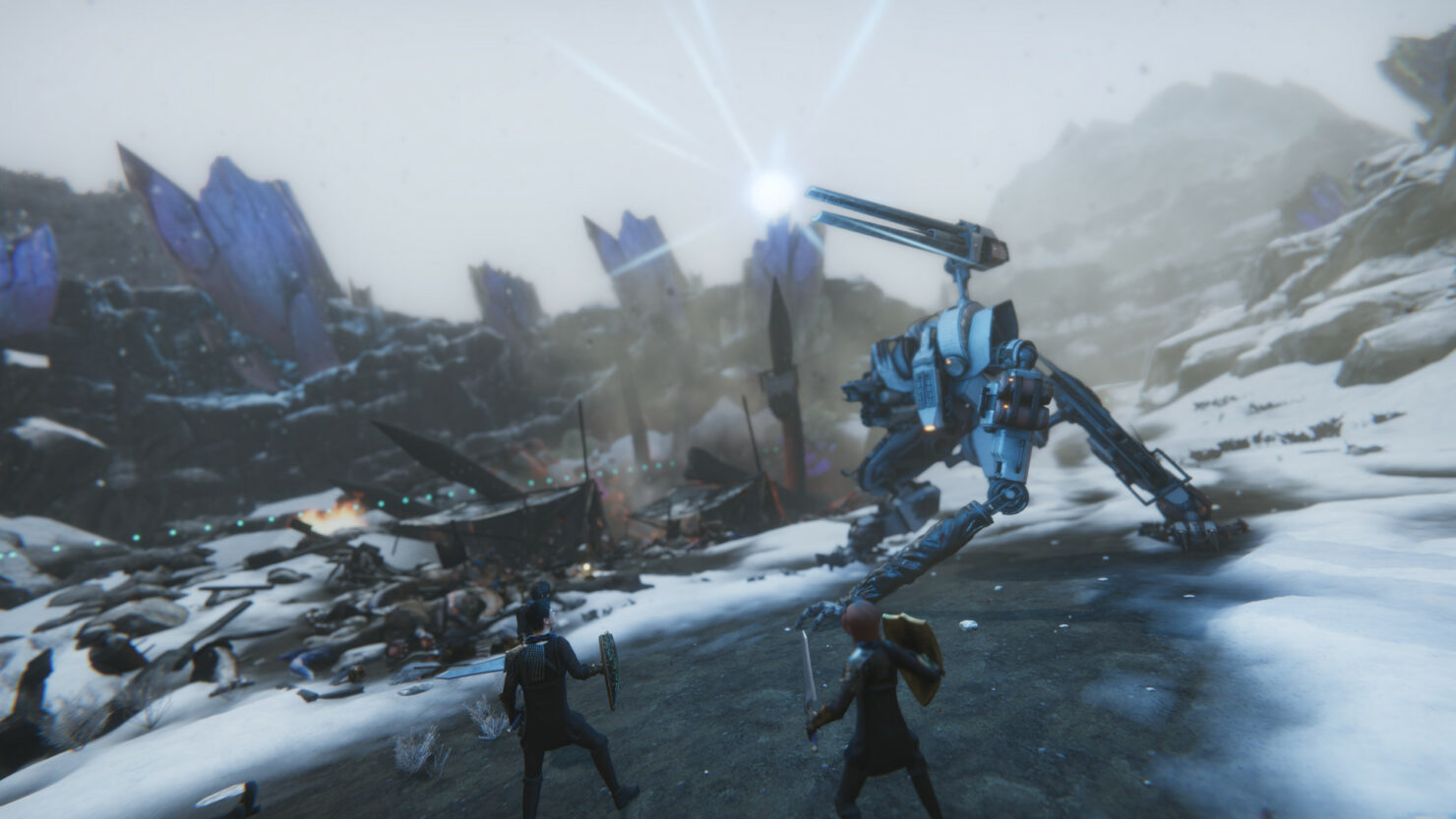 Edge of Eternity, the JRPG currently in development by Midgar Studios, hit beta status today on Steam Early Access with a massive update.

The new update brings a slew of new features, like a new combat camera, a new crafting system, reworked cutscenes, and more. With this update, the game now boasts a 30 plus hours of playtime.

Our own Dave had the chance to try out Edge of Eternity at last year's Gamescom, praising the game's visuals and story.

Edge of Eternity is now out on Steam Early Access. The game will be released on a yet to be confirmed release date on PlayStation 4 and Xbox One as well.