Transmitting trades was being carried out by JP Morgan through phone lines, but it looks like the largest US bank (in terms of assets) is looking to switch its medium to facilitate even better trading through cloud computing. 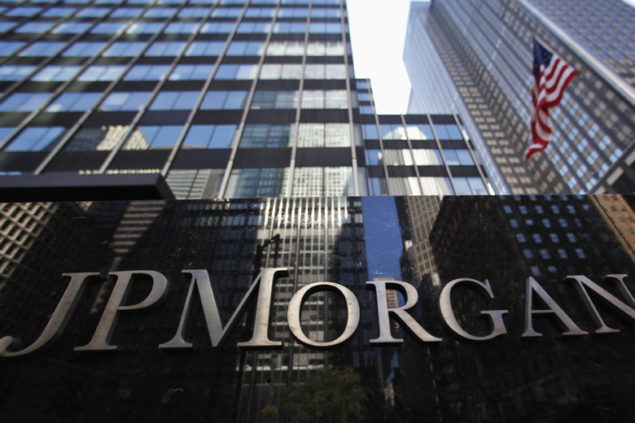 JP Morgan And Its 8,000 Traders Will Be Able To Work Anywhere If The Deal Goes Through

According to the Wall Street Journal, world-wide trading systems of JP Morgan could move to an Internet-based ‘cloud’ computing service that is maintained by the startup Cloud9 Technologies. According to Rick Smith, head of private investments stationed JP Morgan has stated that the bank lent money to Cloud9 Technologies, but has not disclosed as to what end the transaction might serve. However, with the latest revelation, it appears that the bank and the cloud service might finally be able to a reach an agreement.

If the deal does go through, then the company’s 8,000 traders would be able to work from absolutely anywhere on the planet and trade from anywhere. Gerald Starr, the Chief Executive of Cloud9, has stated that the purposes of cloud computing was to allow individuals to carry out tasks from their mobile devices effortlessly.

For the longest time, Wall Street and all the financial services spread around its proximity have relied on telephone lines connected to workstations to transfer trading data as well as record phone conversations. Most banking services have contemplated switching over to cloud computing services to carry out their operations, since it will deliver flexibility and convenience to both clients and employees and will deliver a favorable financial approach for the overall costs of the bank, since owning their own data centers is not exactly the best of investments.

One of the biggest concerns looming over these banks was the security of the business and JP Morgan has not signed a contract as yet. Even if they do, the changes will come slowly and will take years to implement. In addition to the perks mentioned above, Cloud9 Technologies will be able to slash the costs incurred by banks, and will also nullify the requirement for companies to have their own disaster recovery scenario, which a small case scenario would be a power outage.

According to Rick Smith, implementing such a service will also result in higher voice quality and data security than the bank’s current internal system. New York-based Cloud9, which relies on Amazon.com Inc.’s cloud-computing service, has attracted investments garnering millions from the likes of JP Morgan, ICAP and Barclays. According to Cloud9 executives, the new technology has seen a spike in 2,000 traders across 350 firms stationed in 21 countries.

Coming back to the subject of cost-cutting, the latest financial metric according to WSJ states that out of approximately 200,000 traders, Cloud9’s software will potentially be able to save up to a billion dollars in costs, which should provide the ideal motivation for JP Morgan, which has been aggressively converged over cost-cutting for the past two years.

Do you guys feel that cloud-computing is the future of communication and trading? Let us know your thoughts in the comments below.

Crypto Still ‘Far Off’ Until Its Mainstream According To JP Morgan

US Regulators Rewriting Volcker – Too Big to Fail V2 Coming?