One of the many reasons I appreciate the PlayStation 3 is the number of fantastic Indie studios developing superb games like Flower which don't have a story, don't have any form of violence and are only made for the purpose of leisure and relaxation. Thatgamecompany is back yet again and after the success of Flower on the PS3 they announced their next big project by the name of "Journey" While news on this game was silent for a while new gameplay footage HAS come up showing us that development for the game is still on going and release should be soon. I for one can not wait to get my hands on this game from the PlayStation Store. 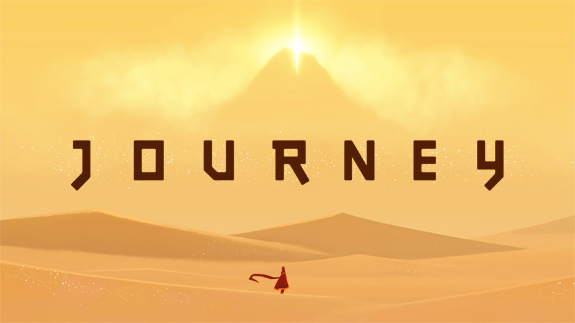 I am all for action AAA titles with over the top action, characters, plot, story and the whole package but sometimes I wish we would just take our minds out of all the mindless violence and think of the old english phrase "Stopping to smell the roses" Well gamers did just that in 2009 when Flower released, and the release of the game showed that a game doesn't need to be anything other than simple to be enjoyable by anyone and everyone, as a person who REALLY enjoyed Flower I can really say that Flower really showed me that a game can be spectacular even if it doesn't have a story, characters, is well advertised or has no prior games to back it up. As long as the game helps gamers unwind in their unique way it can be any type of game.

Journey is well a Journey of a hooded traveler seeking to reach a goal at the end of the desert traversing through sand and ultimately reaching their goal, the game is said to offer multiplayer but the unique thing about the multiplayer is how its similar to Demons / Dark Souls where players can come into each others worlds and help each other out but you can't see each others names, you can't exchange voice or text messages in any way so you can never really know who you are working with but you an always be optimistic that they are aiming for the same goal as you are.

PS Plus Essential Offers Up Hot Wheels Unleashed, Superhot, and More in October