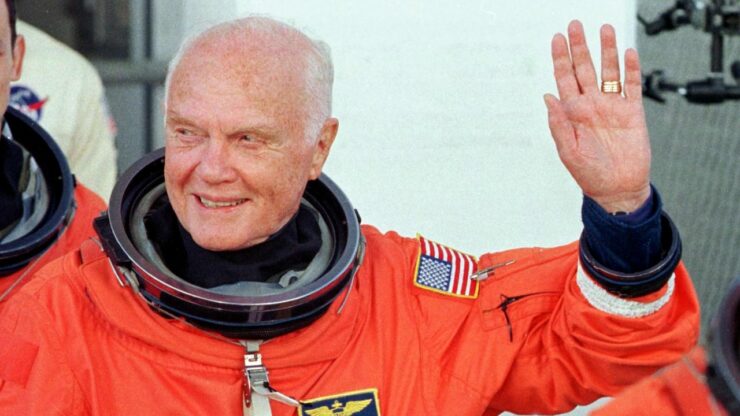 The world is deeply shaken by the death of the legendary astronaut John Glenn, who passed away on the 8th of December in his home state of Ohio. Jeff Bezos, the founder of the aerospace company Blue Origin, received a letter from the pioneering astronaut the night he passed away. Glenn congratulated him on being honored by the Smithsonian Magazine at the American Ingenuity Awards.

John Glenn was supposed to attend the event but after his health deteriorated, he resorted to writing a letter, to be read at the event on his behalf. The letter was read aloud at the ceremony, hours after Glenn passed away, by Mae Jemison, the first African-American woman to go into space.

"I can tell you I see the day coming when people will board spacecraft the same way millions of us now board jetliners,” Glenn wrote in his letter to Bezos. “When that happens, it will be largely because of your epic achievements this year.”

You can watch Jemison read the letter down below.

The Blue Origin has literally shot for the stars in the past year, successfully launching and landing several rockets. The company plans to launch the New Glenn by the year 2020. The new rockets are named after the legendary astronaut himself and are 313 feet tall.

Jeff Bezos had given his condolences to the pioneering astronaut on Twitter right after his death, and before receiving the letter from him.

John Glenn was the first ever American to orbit the Earth, a member of the famous Mercury Seven to have flown into space for the first time in 1959, and became a senator for the US before he flew off into space again as the oldest astronaut ever (77 years old) to go into space in 1998.

Following is the letter that Bezos received from Glenn. 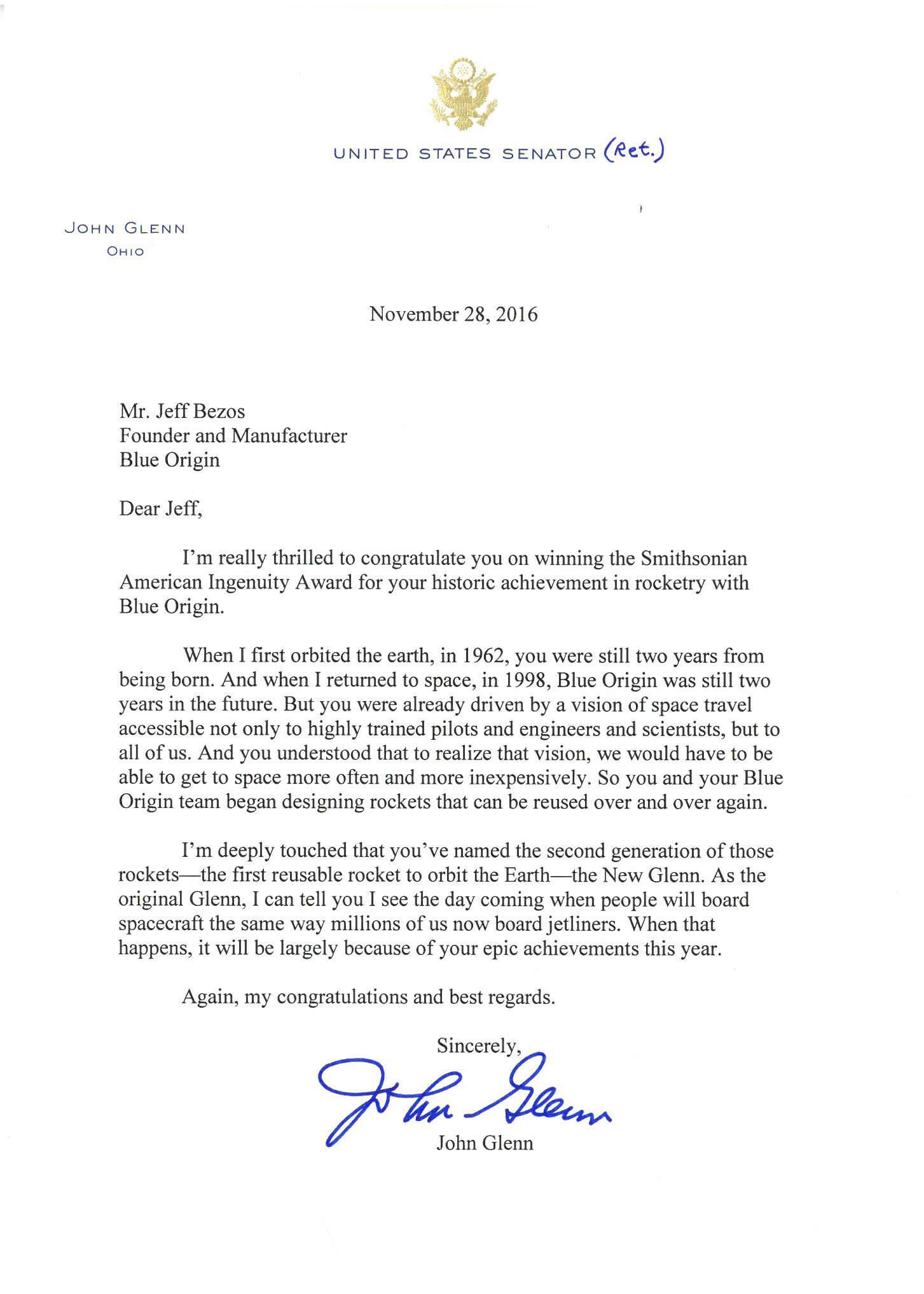