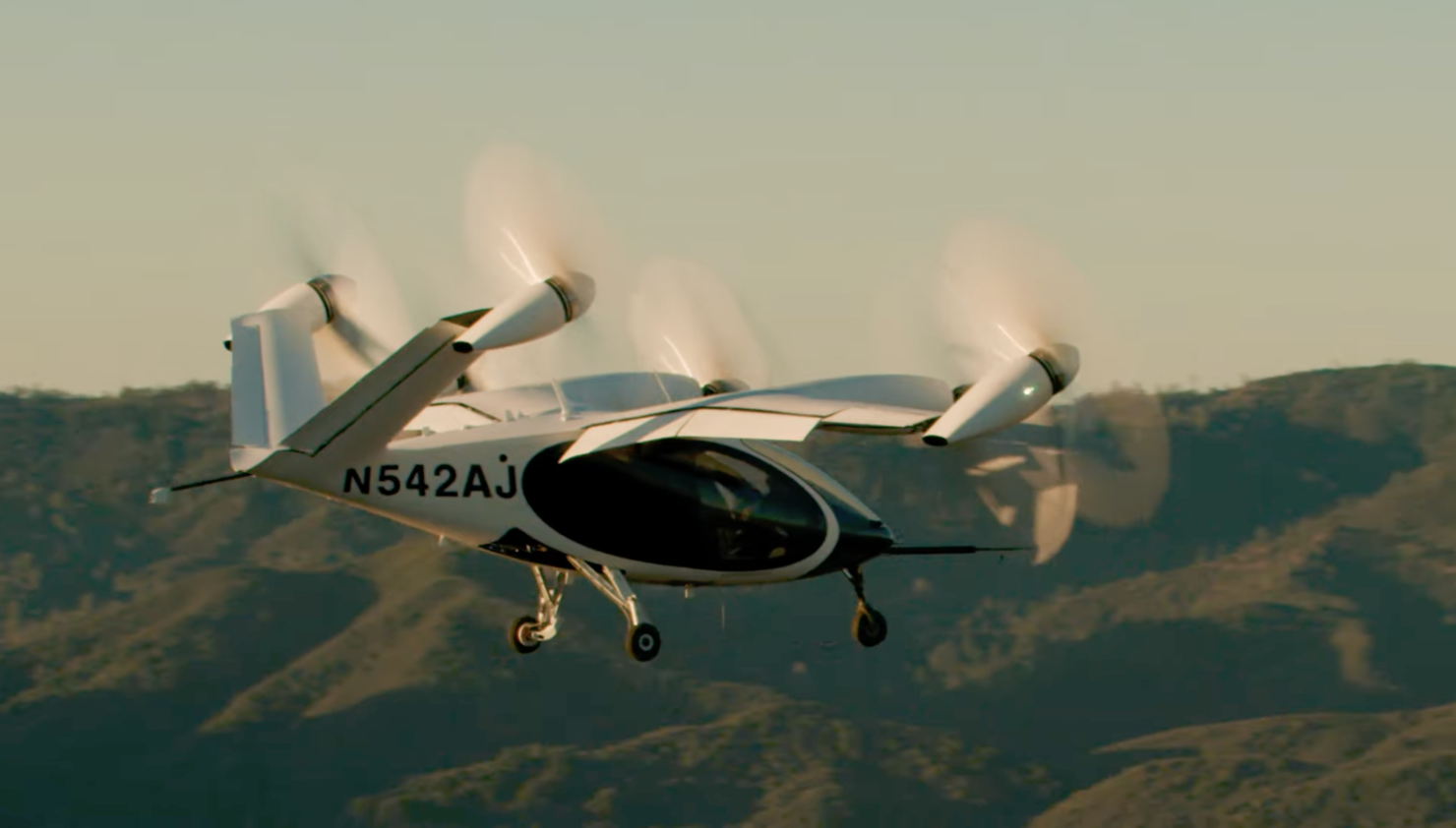 California-based electrical vertical take-off (vTOL) vehicle developer Joby Aviation and blank cheque firm Reinvent Technology Partners (NYSE:RTP) have confirmed their decision to merge. Rumors of the merger were reported earlier this month by The Financial Times, in a report that followed earlier coverage by Reuters that had stated that the eVTOL firm had hired investment banks to develop such a proposal.

Following the deal, Joby Aviation will be valued at $6.6 billion, provide $1.6 billion in gross proceeds and roughly $690 million in cash to Joby with the remainder being a PIPE investment. Additionally, the firms have also agreed on locking up founder shares so. that they do not fully vest until five years and the share price touches $32/share.

As part of the deal, Joby. finally shared some much-needed information for its product and for its financial expectations. While the company has been eagerly advertising impressive accomplishments such as certifications by the United States Air Force (USAF) and the Federal Aviation Agency (FAA), it has been notorious for keeping its operations, and especially its product under the wraps.

Its investor presentation states that when it comes to energy consumption-per-passenger mile, its eVTOL taxi will deliver the same results as an electric vehicle for a trip of 100 miles. This claim is based on the average occupancy of the aircraft, and for Joby's plane, it stands at 2.5 - with the figure assuming a 1.1 person occupancy for the car. 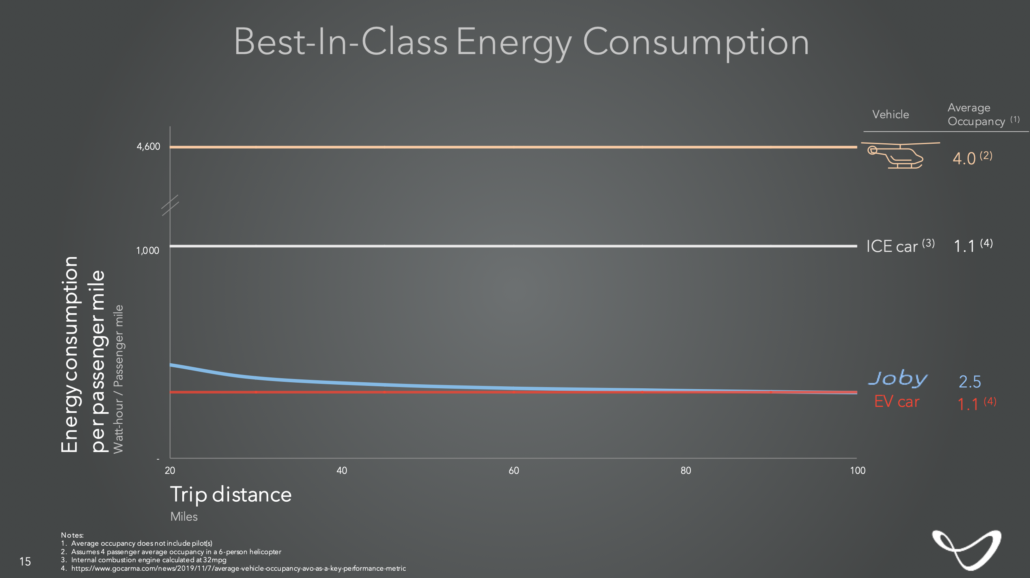 Slide 14 of Joby's investor deck comparing the performance of its aircraft to an electric vehicle.

By the end of this year, Joby will have two aircraft - a figure that it intends to grow to a staggering 963 in just five years. By the end of 2026, it expects a cost of $1.3 million to manufacture each aircraft, and additional costs of goods sold (COGS - including pilot fees, maintenance charges and other expenditures) of $1.2 million.

Joby's first revenue-generating year is expected to be 2024 but due to capital expenditures, the company will not be net income positive by the end of 2026 - an outcome that is almost always the case with new companies. However, by the end of 2026, Joby hopes to grow its revenue to $2 billion, making for a 1465% growth over 2024. 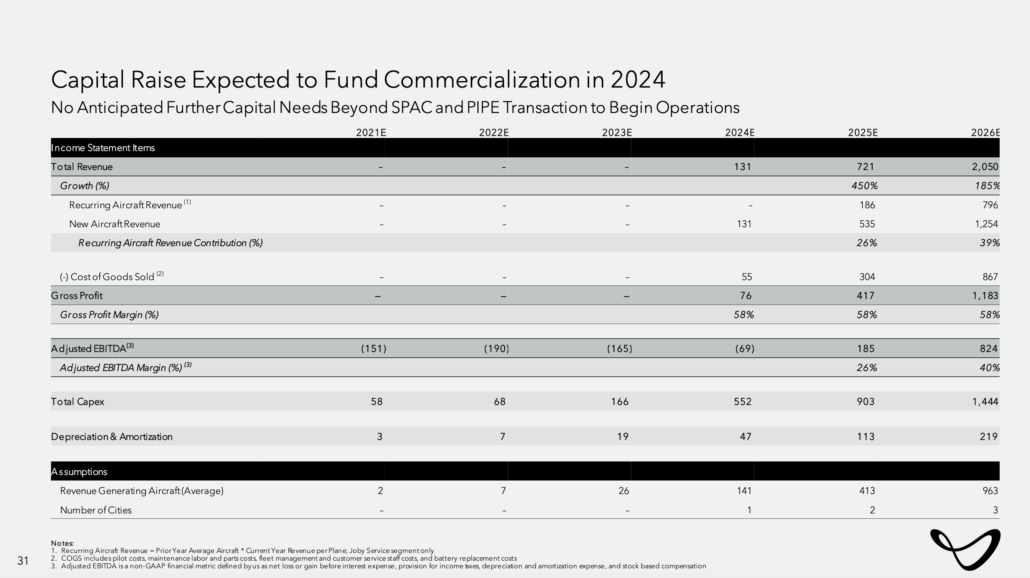 Joby's revenue projections for the next five years.

By 2026, Joby plans to fully ramp up its operations and operate each of its 967 aircraft for 12 hours each day with seven hours of airtime. By doing this, the company expects to conduct a total of 12.4 million flights in the year and ~35,000 flights each day with a load factor of 2.3 passengers per trip and an average trip length of 24 miles. Naturally, since these are estimates only, the company's actual figures will vary if it finds its trip duration to be shorter or longer than the average.

More importantly, Joby also believes that its prices will be lower than a standard Uber Black in 2026. It intends to charge customers $3/seat mile for $1.73 in revenue available seat mile (RASM). RASM in the aviation sector includes a firm's cost available seat mile (CASM), variable costs and other expenses. 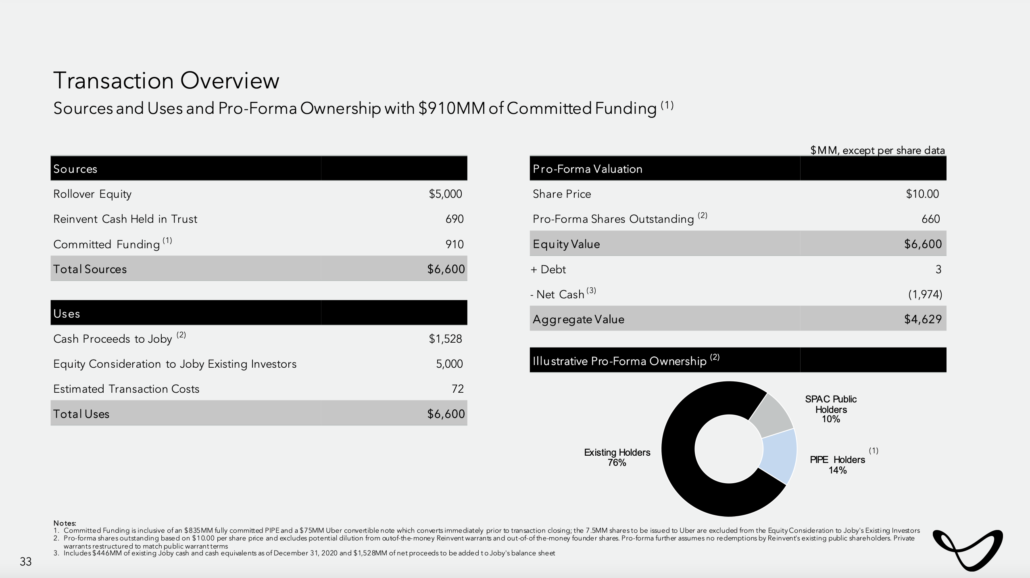 A key bit of information included in Joby's presentation, one that expands on details Joby has disclosed previously, is its progress towards manufacturing. While an eVTOL aircraft is considerably less complex to manufacture than a standard air-breathing jet engine-powered plane primarily due to the complexity of the engine, it still requires the development of unique tools that are not often available in the market. 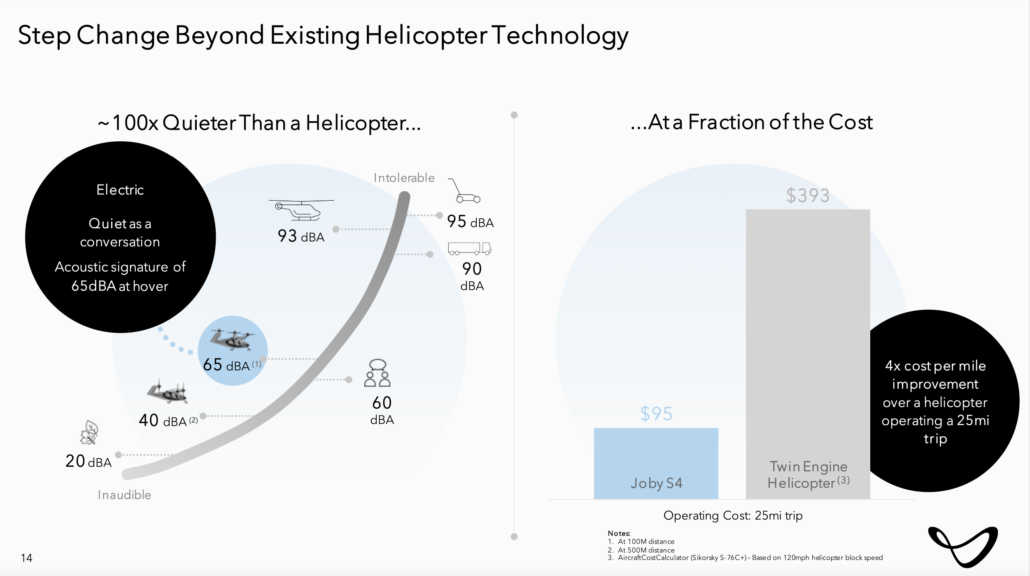 The cost of a Joby aircraft compared to a helicopter in the investor presentation.

At this front, Joby has confirmed that through its partnership with Toyota, the company has developed in-house tooling that will enable it to scale manufacturing. The extent of this tooling and whether it covers major areas of Joby's aircraft production including the aircraft blades and body is not stated in the presentation, with Joby's timeline suggesting that its first manufacturing facility will become operational in 2023.

By the close of trading today, Reinvent Technology Partners shares were trading at $12.94, as they shed value during early hours. They stood at $15.10/share in premarket trading at 08:43 EST marking a 17% gain.