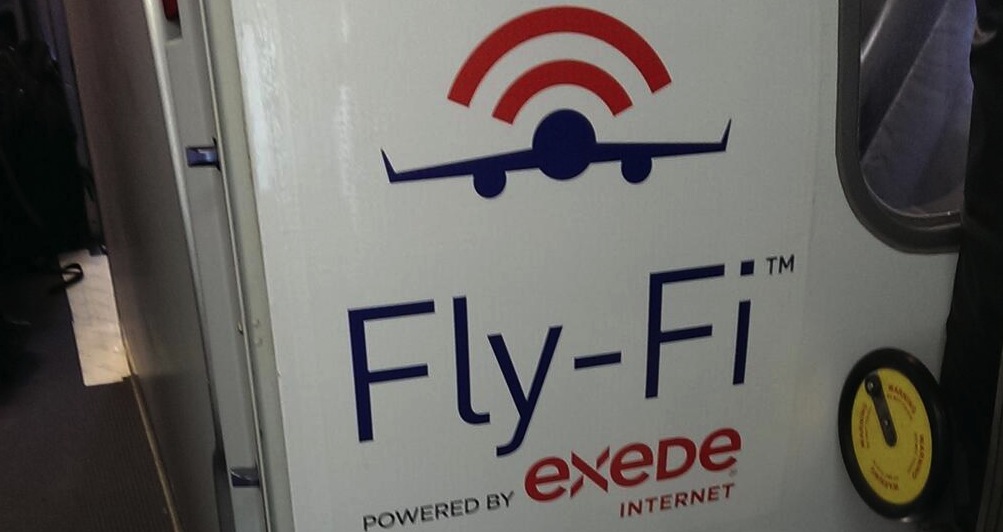 Anyone who has ever traveled via air is aware of the Wi-Fi issues that come along with it. In a world of fast-growing technology, a painfully slow and overpriced Wi-Fi is a terrible problem. JetBlue, however, has a solution to this problem. They said that their new Wi-Fi service is not only free but is extremely fast. This is now another reason why customers will prefer choosing JetBlue over other airline services. According to the company, the Fly-Fi will be as fast as your home broadband and will allow passengers to keep use it without any hindrance.

The company announced on Wednesday that it has succeeded its expansion of ‘Fly-Fi’. It is an in-flight free Wi-Fi service and this just made JetBlue the only airline service to offer its customers a good Wi-Fi with no additional costs. Sounds pretty good, right? The service has been made available for all of its 227 planes and includes the fleet of Airbus A320s, A321s and Embraer 190s.The service was first introduced in 2013 for selective planes only. This expansion just set the bar really high for other airline companies because let’s just admit it, who doesn’t like a good free Wi-Fi service.

JetBlue is known for its in-flight entertainment options like channels of free DirecTV and over 100 channels of free SiriusXM, free movies, and Amazon Video streaming. An added Wi-Fi service is just the cherry on top. It is an uninterrupted serve and the customers will be able to connect to the internet as soon as they arrive at the boarding gate. Paid in-flight services usually have speeds of about 15 Mbps on average, whereas, the Fly-Fi is free and some users have claimed to enjoy speeds as fast at 30 Mbps!

The world’s largest in-flight internet provider Gogo currently provides speeds of about 10 Mbps and JetBlue internet speeds just gave Gogo a good push to up its game. According to Jet Blue's vice president of marketing Jamie Perry, “It’s 2017 and our customers expect to be connected everywhere, whether that be from the comfort of their sofa or 35,000 feet above it. That’s why we’re so proud that JetBlue is now the only airline to offer free, high-speed Wi-Fi, live TV and movies for all customers on every plane."

Gogo is also working on speedier solutions. "Gogo launched a new satellite technology called 2Ku – that technology is the best performing technology in the skies today and currently installed on close to 100 aircraft (mostly Delta)," Meredith Payette of Gogo told Wccftech in an email conversation. "2Ku brings well more than 20 times the bandwidth to a plane, around 70 Mbps. Gogo has more than 1500 planes committed across 13 airlines that will receive 2Ku," she added.

It looks like the competition in the air is pretty high. In the meanwhile let’s enjoy the free service being offered. Happy streaming!