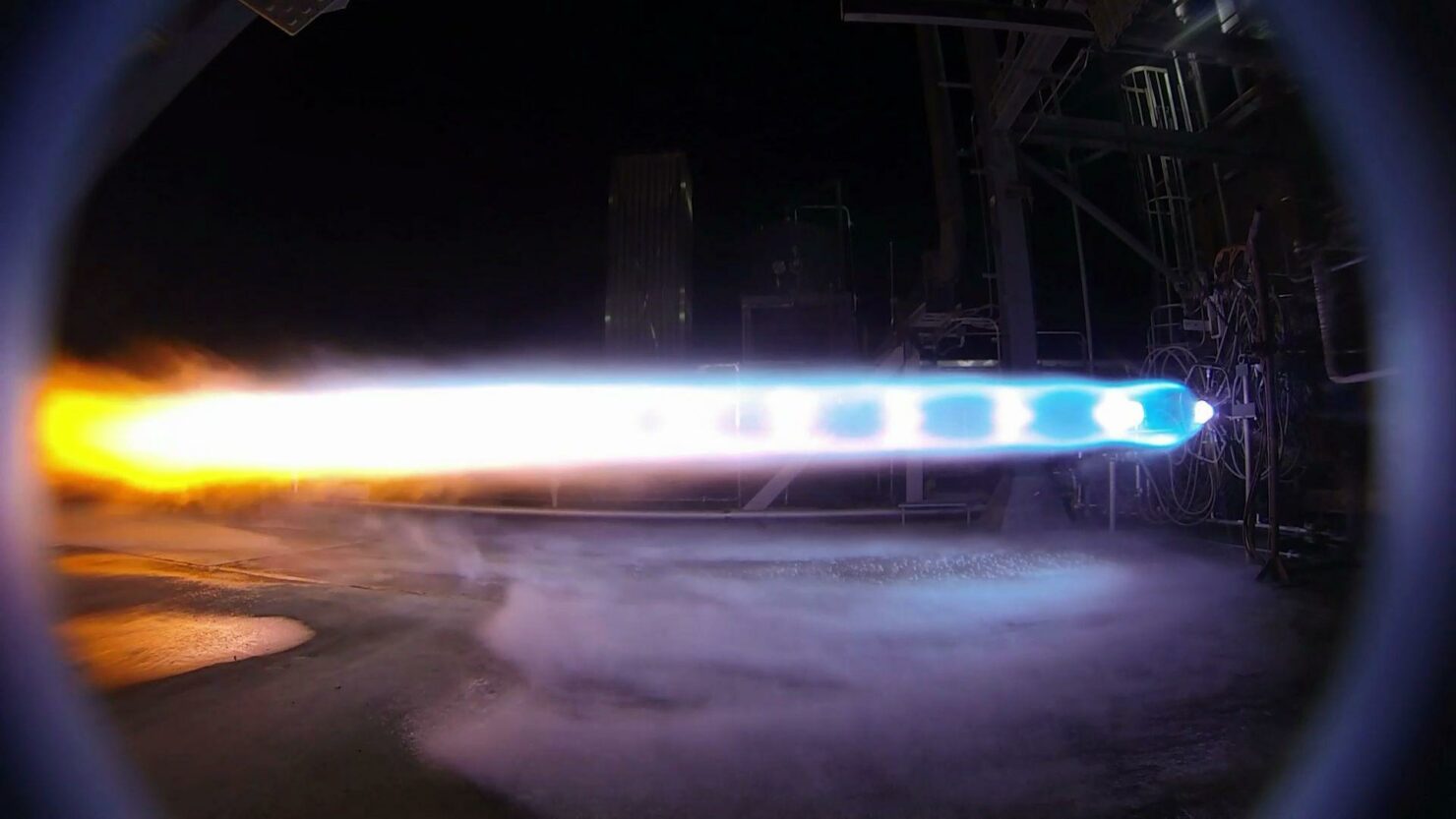 Retail billionaire Jeff Bezos's aerospace firm Blue Origin has shared a new video of its BE-4 rocket engine. Blue Origin is one of three American companies developing large rockets as part of a consolidated effort to increase the tonnage shipped by the aerospace industry and offer private firms as well as the National Aeronautics and Space Administration (NASA) multiple options to launch satellites and other payloads both into space and to the Moon.

On this front, Blue Origin is developing its New Glenn heavy-lift rocket and providing its engines to another aerospace company, the United Launch Alliance. The BE-4 engines are crucial for ULA, which has the largest share of missions for the United States Space Force. The Space Force is required to use American engines by American law, and the BE-4 will be the first American engine used by ULA for these missions.

The BE-4 engine is the largest rocket engine being designed and developed right now in the United States. According to estimates provided by the ULA, the engine can generate as much as 550,000 pound-force (lbf) of thrust on Earth, making it more powerful than Space Exploration Technologies Corporation's (SpaceX) Raptor 2 engine which generates 510,000 lbf.

This engine has suffered from several delays but now it appears as if Blue Origin is finally on the road to launch. The first indicator about the BE-4 and ULA's Vulcan being ready for launch later this year came in April when Pittsburg, Pennsylvania-based company Astrobotic announced that it would send its lunar lander to the Moon later this year on the Vulcan Centaur.

The BE-4 was first test-fired in 2017 and Blue Origin has recently started sharing more videos of its engine. It uses liquefied natural gas (LNG) as its fuel alongside Oxygen as an oxidizer.

In 2016, we developed our #BE4 start sequence and tested initial preburner injector hardware. While we ran 596 seconds of deep throttle over 82 tests, this high-speed camera captured the very first stable element-by-element ignition through its start sequence. #ThrowbackThursday pic.twitter.com/S6Uhppd7Nh

One such video was shared in May this year that showed the BE-4 firing up in all its glory. The engine ran for more than a minute as it was able to sustain its performance for some of the flight time required to leave the Earth's atmosphere.

The latest video provides a glimpse of the engine from its nozzle as it lights up. The nozzle is the region of a rocket engine that controls its thrust's interaction with the surrounding atmosphere. Looking 'up' from the nozzle one can spot the engine's injector plate that is above its combustion chamber. In this chamber, the engine's fuel, LNG and Liquid Oxygen in the case of the BE-4, are combined and lit up to generate thrust.

While the video is of low quality, the plate is visible and it shows the moment both the LNG and Oxygen enter the chamber. Sharing high quality images of injector plates of newer engines is forbidden by U.S. law, so Blue Origin can only share low quality videos at best.

As Blue Origin races to get its engine to the sky, SpaceX is speeding ahead with its Starship next generation launch vehicle platform. Its chief Elon Musk expects tat the rocket will be ready for an orbital test attempt later this summer, and his company plans to use 33 Raptor 2 engines on a single Starship to make the rocket the largest in America. Starship is also central to NASA's efforts of landing humans on the Moon later this decade through the Artemis program, and Blue Origin is one of the companies that is vying to secure another contract from the space agency for the same purpose.