Those of us getting a shiny new Xbox One on Friday can already add another four games to their collection. Microsoft have announced the titles coming to Games with Gold next month. 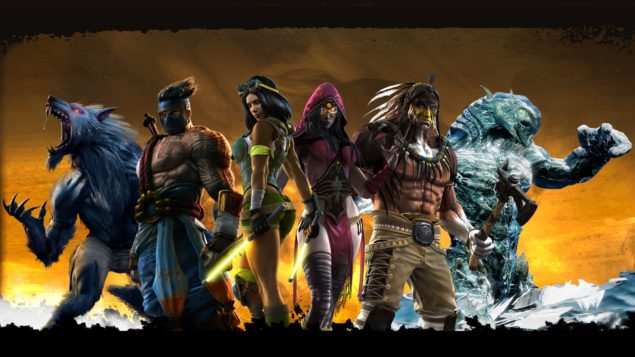 Top of the bunch is the first year of Killer Instinct. The free-to-play base was an interesting idea, but now everybody will gain access to the entire roster of fighters as part of the Gold offering. Originally $39.99, this set will be worth checking out for fighting fans.

If you fancy something fresher, 3D beat’em up Zheros offers a single player and local co-op throwback to classic genre titles of yore. Announced earlier this year, players punch and combo their way through two worlds, almost certainly dishing out traditional couch justice when deserved.

Zheros will be available to pick up from January 16 until February 15.

On Xbox One with backwards compatibility and Xbox 360, players will get two popular titles to start the year with on Gold.

Dirt Showdown is less deep than its numbered predecessors, but offers a variety of fun game modes for more casual drivers.

If you need something a little more time consuming, Deus Ex: Human Revolution will also be available for free. Unfortunately, it's not the definitive Director's Cut which not only included all of the DLC, but fixed a variety of the original versions issues.

Deux Ex will join the service on January 16th.

New Xbox owners will already be able to access The Incredible Adventures of Van Helsing, Thief, Sacred 3 and Operation Flashpoint: Dragon Rising before the end of the month.