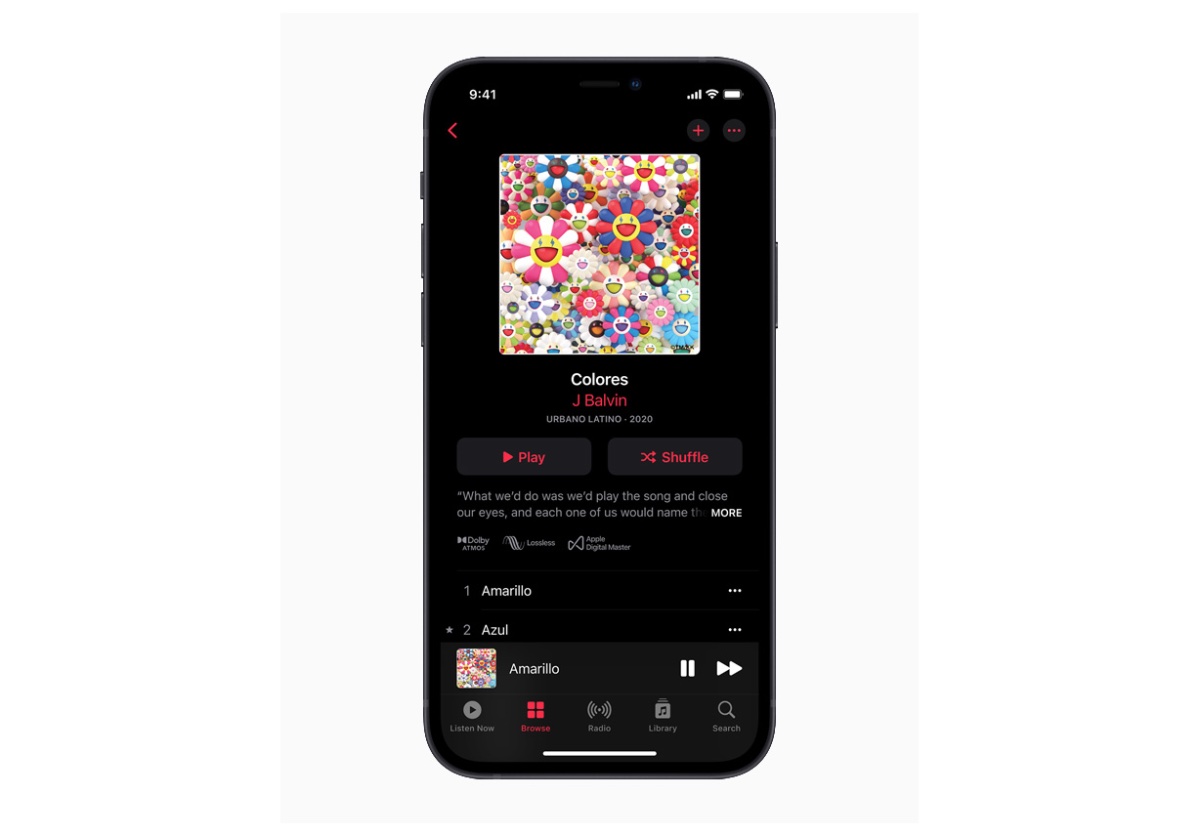 Apple has officially announced that it is brining lossless audio support to every Apple Music subscriber at no additional cost starting next month.

Apple Music is Gaining Lossless Audio Support at No Extra Cost Starting Next Month, Thousands of Songs Will Support Spatial Audio and Dolby Atmos at Launch

It is no longer a myth or a rumor, Apple has announced that it will be adding lossless quality audio support to Apple Music. But it gets better - Spatial Audio and Dolby Atmos is also thrown into the mix as well. Starting with a few thousand songs with Spatial Audio / Dolby Atmos, the catalogue will increase over time. But, everyone will have access to lossless audio, all 75 million songs, for a price of zero dollars.

That's right, Apple is not going to charge you extra for these features at all.

Apple today announced Apple Music is bringing industry-leading sound quality to subscribers with the addition of Spatial Audio with support for Dolby Atmos. Spatial Audio gives artists the opportunity to create immersive audio experiences for their fans with true multidimensional sound and clarity. Apple Music subscribers will also be able to listen to more than 75 million songs in Lossless Audio — the way the artists created them in the studio. These new features will be available for Apple Music subscribers starting next month at no additional cost.

Apple describes support for Dolby Atmos as magical and says that it is like sitting in between the music rather than having it aimed at you from just two directions.

“Apple Music is making its biggest advancement ever in sound quality,” said Oliver Schusser, Apple’s vice president of Apple Music and Beats. “Listening to a song in Dolby Atmos is like magic. The music comes from all around you and sounds incredible. Now we are bringing this truly innovative and immersive experience to our listeners with music from their favorite artists like J Balvin, Gustavo Dudamel, Ariana Grande, Maroon 5, Kacey Musgraves, The Weeknd, and so many more. Subscribers will also be able to listen to their music in the highest audio quality with Lossless Audio. Apple Music as we know it is about to change forever.”

The news that everyone should care about is this - these features are added to Apple Music at no extra cost at all. If you are a subscriber, then all of this will be available to you starting next month.

Although Apple has not mentioned it in their official press release, but we are certain that these features will require the new iOS 14.6 and iPadOS 14.6 updates. It is safe to say that said update will be available to all compatible devices starting next month.

Regarding compatibility and devices, here is what Apple has to say:

By default, Apple Music will automatically play Dolby Atmos tracks on all AirPods and Beats headphones with an H1 or W1 chip, as well as the built-in speakers in the latest versions of iPhone, iPad, and Mac.

Here is how you will be able to enable the new Lossless Audio quality:

To start listening to Lossless Audio, subscribers using the latest version of Apple Music can turn it on in Settings > Music > Audio Quality. Here, they can choose different resolutions for different connections such as cellular, Wi-Fi, or for download. Apple Music’s Lossless tier starts at CD quality, which is 16 bit at 44.1 kHz (kilohertz), and goes up to 24 bit at 48 kHz and is playable natively on Apple devices. For the true audiophile, Apple Music also offers Hi-Resolution Lossless all the way up to 24 bit at 192 kHz.1

Although you will be able to experience Lossless Audio on any device you may have, but you will require a proper external DAC if you want to experience the Hi-Resolution Lossless tier, which goes all the way up to 24 bit at 192 kHz.