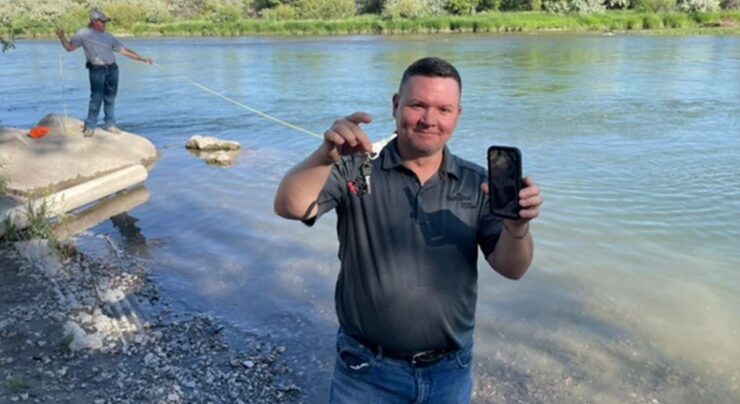 Even though the iPhone is made of glass on the front and back, it can still withstand drops from a few feet. However, you cannot bet on electronic devices when it comes into contact with water. Nonetheless, we have covered several stories in which the iPhone proved itself like a champ. The recent comes from Tom Adams who dropped his iPhone in the Snake River Idaho. The man probably thought that his iPhone was done for and would not see it again alive but he got to witness the amazing experience three days later.

Tom Adams was reunited with his iPhone three days later (via iMore). While seeing the device would have been enough consolation for him, to his surprise the iPhone was in one piece and working just fine. Local reports stated that Adams was in the tempestuous river when his kayak capsized. Everything was swallowed by the water, including his iPhone.

Tom, who went to the river with his wife and friends, tipped his kayak near the Tilden Bridge Boat Ramp and lost his new phone, keys, fishing pole, and wallet in the swiftly moving current. Although Tom was wearing a lifejacket and managed to swim out of the river unharmed, he was discouraged by all the lost property.

Adams came back to the river three days later with the Bingham County Search and Rescue Dive Team who agreed to search for the lost stuff. The rescue team did a good job as the iPhone was found 10 feet underwater. The craziest thing is that the iPhone was found with the owner's Sunday morning alarm. 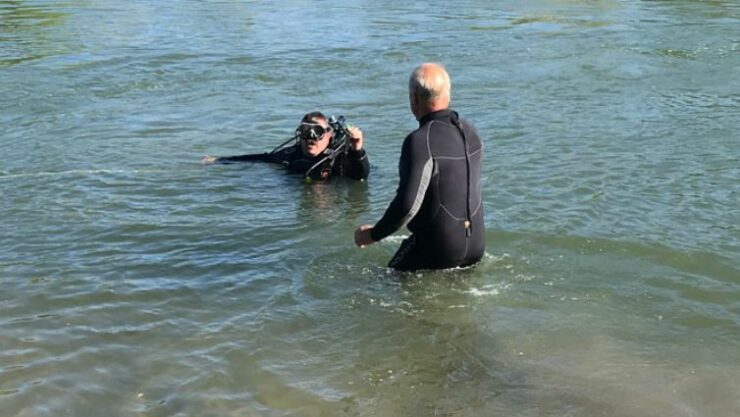 Despite the strong current and the days that had passed since Tom's kayak tipped, Jack Lusk, one of the divers, found Tom's iPhone and keys within 20 minutes of entering the water.

"To all our amazement, [the phone] was still on!" Tom recalled. "It was still alarming from my Sunday morning wake-up call reminder."

While the model of the iPhone is unknown, the current latest offers an IP68 rating which can withstand up to 30 minutes underwater at six feet depth. With the passage of time and advancements in technology, it is not surprising that smartphones are getting durable by the year. Just to be safe, you should always carry your phone in a plastic bag if you are boating or kayaking. Moreover, apply a rugged case if you are hiking.

There you have it, folks. The story of the fallen iPhone that survived the turbulent river for three days. We will share more details on the story, as soon as we have further information on the subject. There are numerous stories about how the iPhone manages to survive a harsh condition and we are just glad this is one of those moments. Let us know your thoughts in the comments.