A new iPhone 7 and iPhone 7 Pro concept trailer has been released showcasing a bunch of great and somewhat outlandish features. 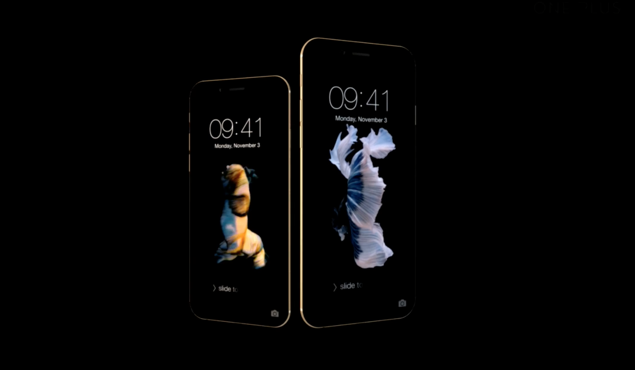 Rumors floating on the Web suggest that Apple is going to release a 'Pro' variant of the iPhone 7 when the handset bears fruit later this year, which means we'll again see two iPhone models in 2016. And just like the iPad Pro, it seems as though the iPhone 7 Pro is going to be a mighty powerful handset with key features setting it apart from the regular iPhone 7 model.

While we wait for more details to pour in regarding Cupertino's upcoming flagship handsets, concept designers are working hard round the clock to conjure up what the iPhone 7 and iPhone 7 Pro might end up looking like, while also at the same time adding on top some 'imaginative' features. And today we've stumbled upon a new iPhone 7 and iPhone 7 Pro concept, which might seem a bit outlandish in terms of features, but it does pack quite a lot of muscle under the hood. Have a look for yourself:

The device is without a doubt overkill in terms of specs. For instance, the concept designer went the extra mile to give the iPhone 7 a 4K display for an ultra sharp viewing experience. And on the camera front, the device features a 12-megapixel front facing camera, as well as a 20-megapixel rear-facing shooter. As if the 12-megapixel one on the iPhone 6s wasn't enough already.

The 4K display is also an edge-to-edge affair, bringing a truly immersive experience to the user. And to take things even further, the Touch ID Home button lives on-screen, and can be customized in any way the user likes.

While we're quite certain that the final design of the iPhone 7 and iPhone 7 Pro will be different from what we are seeing in the concept above, it remains to be seen how much different will it be compared to the current iPhone 6s and iPhone 6s Plus. After all, certain leaks suggest that we'll be seeing a rehash of the existing design but with missing antenna lines sans the protruding camera.

Guess we'll wait for more leaks to show up in the days to come!