With the iPhone 6 launched, and pre-orders for the device started, the question on every Apple lover's mind is which iPhone 6 is the right one? After all, this September marks the first time in company history that Apple has released two variants of it's flagship smartphone and finally catered towards the larger screen demands of the market. 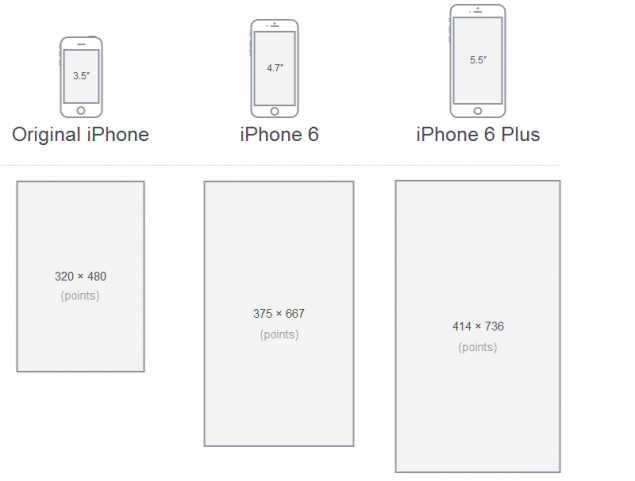 The above render shows the area on the three different iPhone variants in terms of points. Now to start we need to be clear on what points are. Points are units in which any content image is defined with and reflect the positon and the space or the area it will occupy on a given device's screen. Now in order to display an image on to a screen, points are rasterized into pixels, which ends up translating into overall screen resolution. 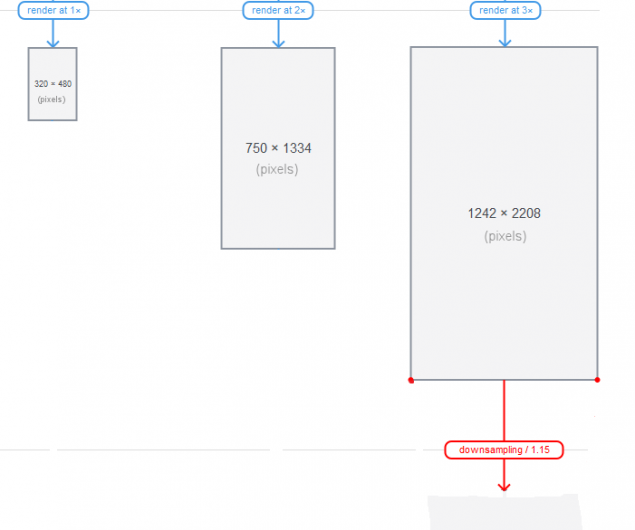 Now the original iPhone and the iPhone 6 both have easy calculations for translations of points into pixels. Screen definition and image quality on a screen depend on the scaling factor used to convert points into pixels. The original iPhone had a scale factor of 1 which meant that point area and pixel resolution were the same. With the iPhone 6, which uses a scale factor of 2, a point area of 375 x 667 translates perfectly into a resolution of 750 x 1334.

But for the iPhone 6 plus, which uses a scale factor of 3, the point area ends up translating into a greater resolution. Therefore, content is scaled down by a ration of 20/23 which results in an image scaled down to 87 % of it's original size. When done with all these calculations, the last step is to show the content on the screen, the quality of which depends on pixels per inch or ppi. So naturally, higher the ppi, the better the display. 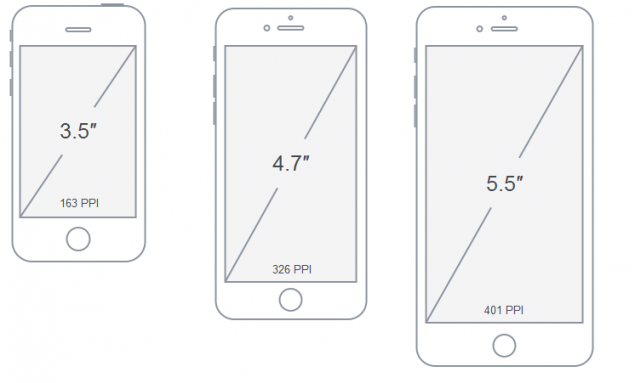 So to apply this theory to concept, let's take an example of the simple letter 'a'. 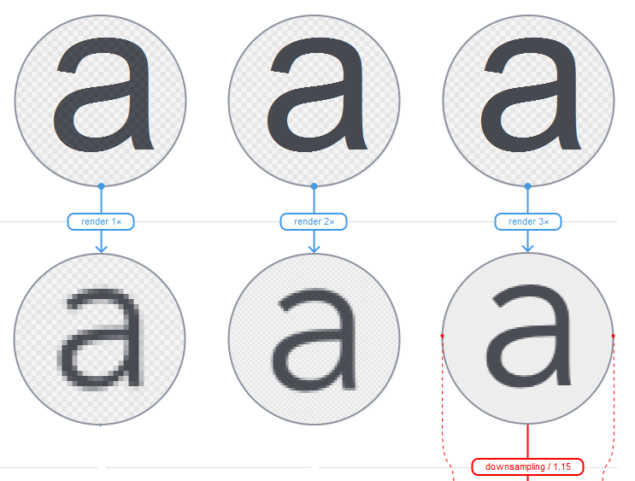 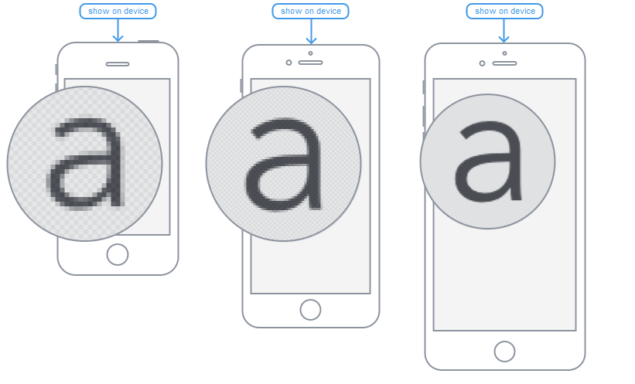 And voila, the image is finally displayed on to the screen. So if you're still having trouble understanding the resolutions of the new iPhones then it should be pretty clear how they work by now. The iPhone 6 Plus resizes content to display it onto the Retina HD, which uses a scale factor of 3x. Thanks PaintCode for making things clear!