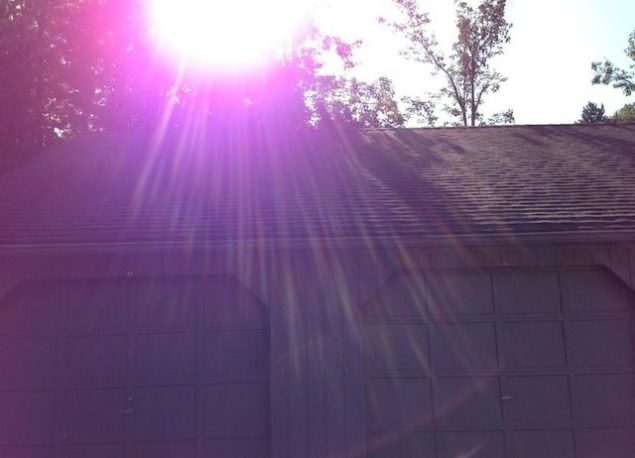 The launch of the iPhone 5 certainly caused a lot of buzz around the mobile world. It is -- after all -- an iPhone launch. However, despite how many hours any company spends on perfecting their problems, teething issues are likely to pop up anytime. And the iPhone 5 is no exception to the rule.

One particular issue with the iPhone 5 is regarding its camera. The problem is the iPhone 5's purple camera flare. Many users were reporting about this issue with the new sapphire lens. If you hold the camera up against a bright source of light then gradually move away from the source you would get a purple flare in your picture exactly where the light source was. Even directly facing the light source causes purple flare in the pictures. Needless to say this isn't normal behaviour and it wasn't present with the iPhone 4S.

After numerous complains to Apple, a response has finally been given and depending on how you look at it it maybe good or bad. The purple flare issue is apparently normal on the iPhone 5 and apparently it's NOT going anywhere anytime soon. Gizmodo is now reporting that one of their readers got a direct response from Apple's engineering team via Apple Support regarding iPhone 5's purple camera flare issue.

Though the Apple support didn't go in details regarding this problem but they, however, did provide a temporary solution:

[W]e recommend that you angle the camera away from the bright light source when taking pictures. The purple flare in the image provided is considered normal behavior for iPhone 5′s camera.

It is important to note here that this response is coming straight from Apple support. While anything from Apple support isn't the official word but at this point in time it does look like that this 'issue' is likely to remain. Or perhaps we could be looking at a bad batch which might get fixed sooner or later? Whatever the issue is, Apple isn't making too much out of it right now, particularly because it's not as widely reported as Maps. For now it seems as if the iPhone 5 camera purple flare issue is here to stay.

The company is being bashed for claiming their infant Maps app as one of the best one available in the market. Apple's CEO Tim Cook apologized in letter to Apple's customers and recommended using rival counterparts while they're working on fixing and producing a better Maps app.