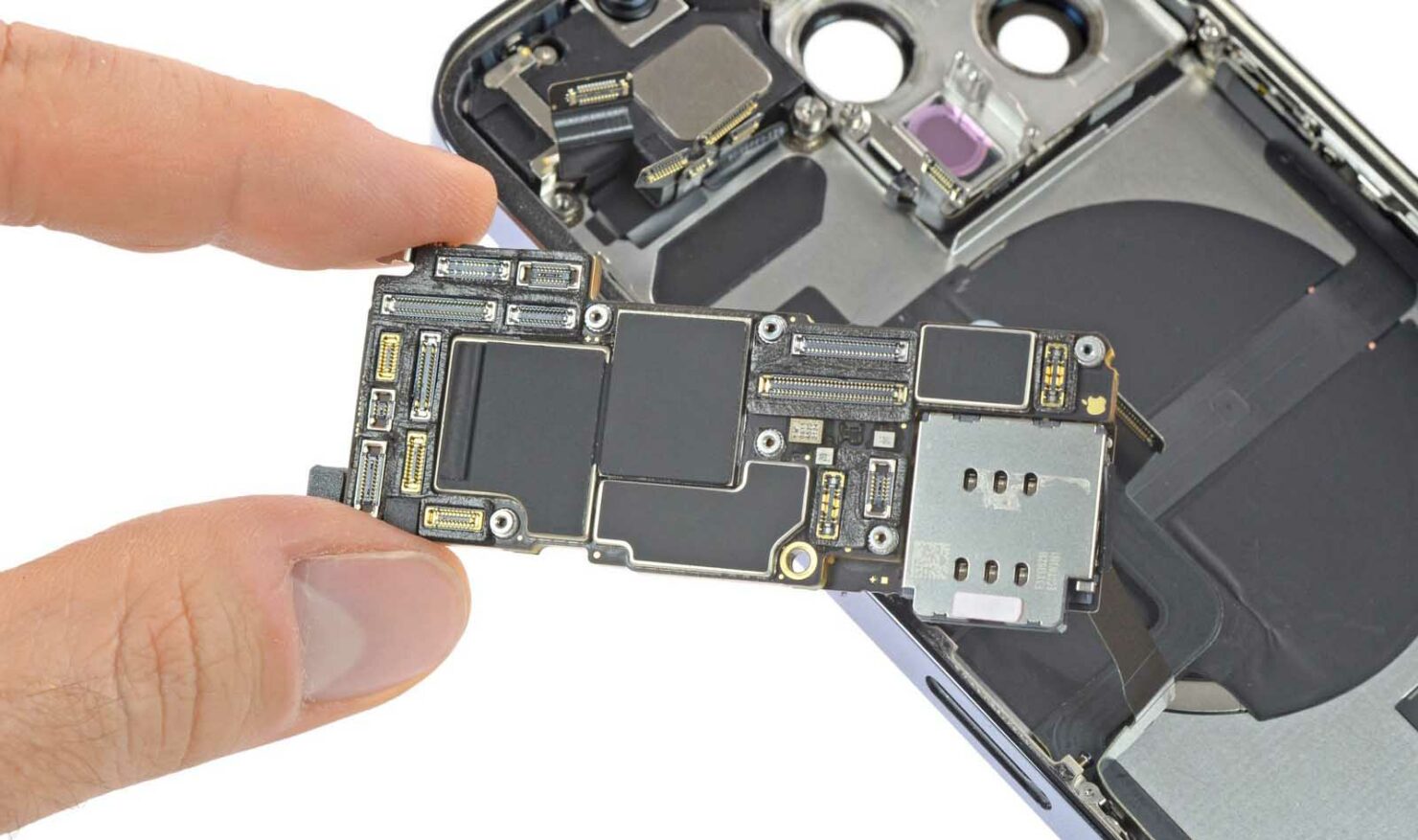 In many instances, Apple is usually late to adopt the latest standards, which happens for many reasons. The company waits for the technology to mature, allowing it to secure shipments from suppliers at a lower cost, which in turn allows it to attain higher margins for its products. One example was when Apple’s competitors launched 5G-ready handsets, while the company took a whole year. Another example is the RAM type, and where Android smartphone makers are releasing devices with LPDDR5 RAM, the iPhone 13 sticks with the older LPDDR4X standard.

During an extensive teardown of the iPhone 13 Pro, iFixit took apart the logic board and found out that this model uses 6GB RAM of LPDRR4X procured from SK Hynix. Bear in mind that the memory manufacturer earlier announced 18GB LPDDR5 memory chips for smartphones, which is found in the top-tier version of the ASUS ROG Phone 5 and others. While we are scratching our heads as to why Apple stuck with a previous-generation standard, it is obvious why the company chose this route; cost-saving.

Though LPDDR5 RAM is faster and more energy-efficient than LPDDR4X, it is more expensive to incorporate in smartphones. Another thing to note is that the 128GB of NAND storage in the iPhone 13 Pro belongs to Kioxia. If you have been following the industry leaderboards for a while, you will know that Samsung is the biggest manufacturer of memory and storage chips, so Apple not choosing Samsung for these components can only mean it chose other suppliers to save on production costs.

It is also possible that some iPhone 13 shipments feature Samsung-made parts since the iPhone 13 Pro and iPhone 13 Pro Max displays are provided by the South Korean tech behemoth, but we can only provide information based on the latest teardown. Also, with the ongoing chip shortage, Apple was probably forced to make some cost-saving decisions, otherwise, it might not have been able to sell the iPhone 13 series at the same price as last year’s iPhone 12.

This chip shortage is likely a contributing factor as to why the iPhone 13 and iPhone 13 mini feature a 4-core GPU in the A15 Bionic, while the more premium models are treated to a 5-core GPU. What do you think is Apple’s reasoning for sticking with slower RAM chips? Share your thoughts below.