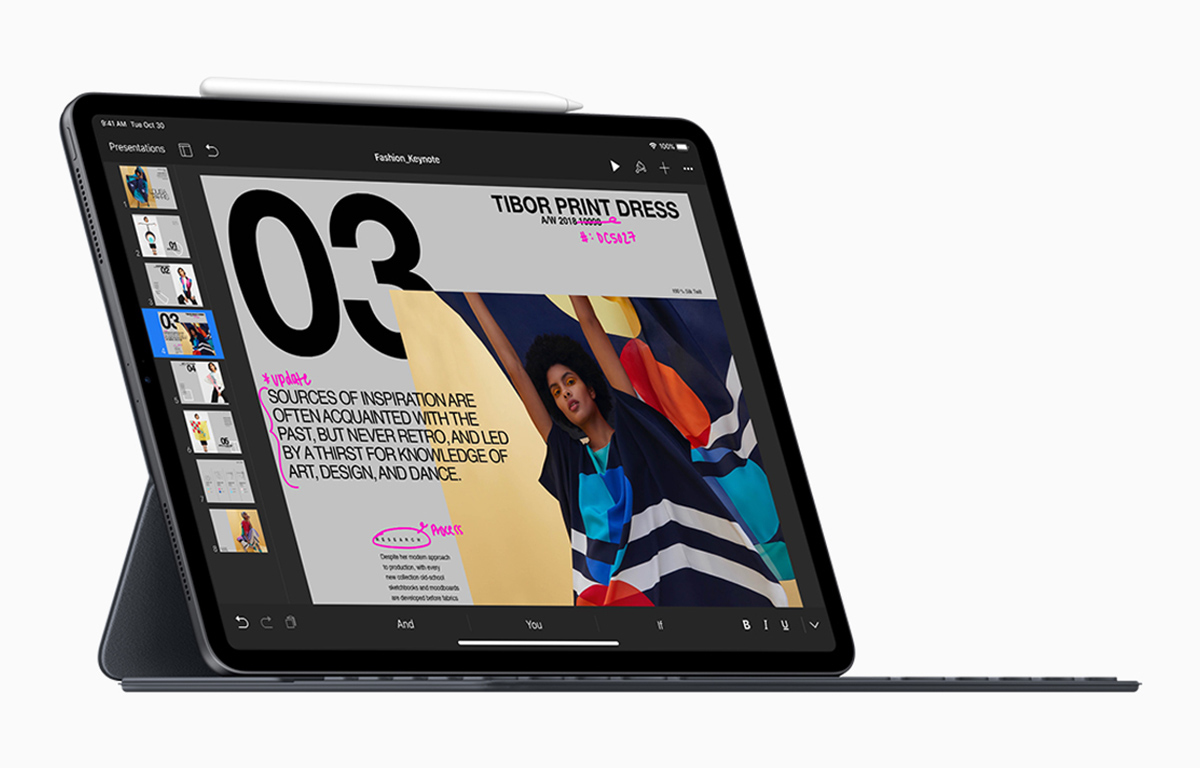 It hasn’t been long since the launch of the iPad Pro and the early reviews are already indicating that the latest tablet from Apple could prove to be a performance beast in disguise. Thanks to the new 7nm FinFET A12X Bionic chipset under the hood, different editing comparisons show that the iPad Pro is much faster than the 2018 MacBook Pro, as well as the other Windows 10-running machines.

The processor inside the iPad Pro features four performance cores and four high-efficiency cores, and there is also a new GPU that Apple claims is twice as good as the A10X SoC that fueled the previous-generation iPad Pro. LaptopMag got their hands on the latest iPad Pro, and a Geekbench 4 run shows the 12.9-inch model got a multi-core score of 17,995, which is away above the 14,180 points that the Dell XPS 13 scored with its Core i7 processor, and also considerably more than the score of 13,025 that the Core i5-fueled Surface Pro 6 obtained. 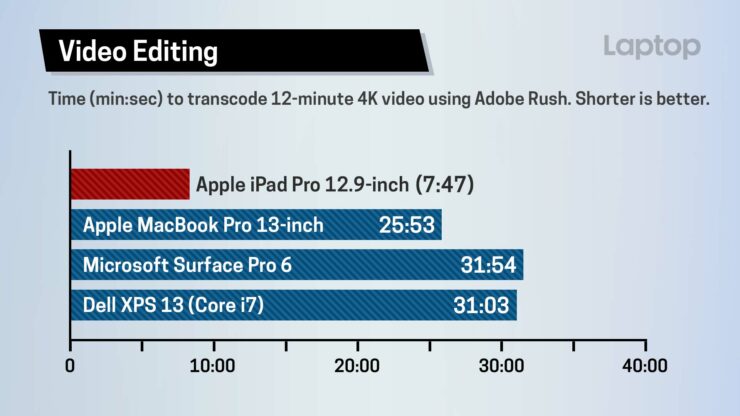 When it comes to video editing, Apple has hit it out of the park with its latest tablet. It took the iPad Pro just 7 minutes and 47 seconds to transcode a 4K clip to 1080p in the Adobe Rush app. The runner-up was none other than Apple’s own latest-generation 13-inch MacBook Pro, which got the job done in 25 minutes and 53 seconds. On the other hand, the Dell XPS 13 completed the task in 31 minutes and 3 seconds, while the Surface Pro 6 got done in 31 minutes and 54 seconds. 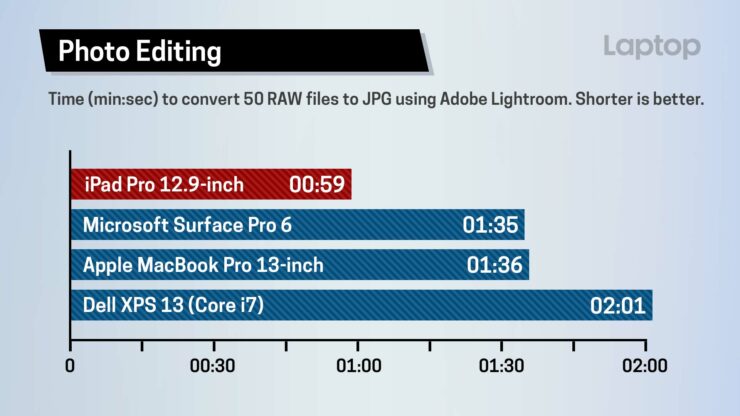 However, here is something to consider. Even though the iPad Pro 2018 enables you to transcode 4K videos at blazing speed, it might not be a viable alternative to laptops yet as some reviewers think that the iOS 12 isn’t enough to provide a full laptop experience. However, the jury is still out and we will have to wait for more reports before deciding if Apple’s latest slate is indeed the future of computing.

What did you think of these video editing results? Let us know your thoughts down in the comments.