iOS 9.3.1 has been released, and at this point it seems as though a jailbreak will see the same fate as that of Pangu 9 for iOS 9.1. But the big question on everyone's mind is - should you update or hold back from the latest firmware from Apple? We'll try to answer that question by keeping the current scenario in mind. 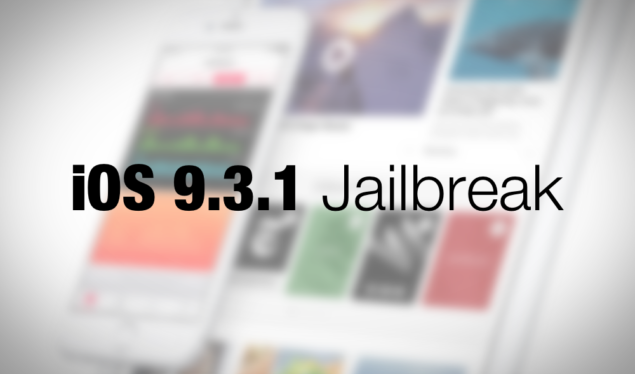 iOS 9.3.1 Has Left Jailbreakers In A Limbo - Should You Update To Apple's Latest Firmware Or Hold Back?

The news from the jailbreak world has come to a complete halt at the current moment, and it seems as though Apple has caught up with the vulnerabilities which hackers utilize to root a version of iOS, allowing us to install tweaks and themes. And the last update we got from the jailbreaking world was almost four weeks back, confirming that Apple hasn't patched all vulnerabilities to make the iOS 9.3 jailbreak work, but this was on the fifth beta of Cupertino's mobile firmware on which the jailbreak was applicable.

But till this day, the news regarding a potential jailbreak has completely died down, leading us to believe that we might end up seeing a jailbreak at a time when a particular version of iOS has ceased to be sign, much like iOS 9.1 Pangu 9 jailbreak.

So what should you do at this current point in time? It totally depends on your take when it comes to jailbreaking. For instance, if you aren't bothered about jailbreaking at all, then you can stick with iOS 9.3.1, reap its bug fixing benefits and stamp it as a walk in the park. And if you do care about jailbreaking, then we highly recommend that you either downgrade to iOS 9.3 or iOS 9.2.1 while there's still time. There's a possibility that Apple will stop signing iOS 9.3 or iOS 9.2.1, making the downgrade process absolutely impossible.

If you wish to downgrade, then be sure to check out our guide posted right here. Remember, do not hesitate one bit! It's quite possible Apple might stop signing iOS 9.2.1 or iOS 9.3 a few minutes, or days from now. It's very hard to judge what might happen in the coming days so make your move fast.

Lastly, there is a possibility that out of nowhere TaiG or the Pangu Team will surprise everyone with a jailbreak that works on iOS 9.2.1, iOS 9.3 and iOS 9.3.1. But of course, that's all made up jargon.

We will keep you in the loop in the days to come so stay tuned!