Looks like Apple's iOS update is with us sooner than later. iOS 8.0.1 has just been released, and we're here to tell you how to download and install the update on your device, complete with download links. And don't worry, the update isn't as large as the initial iOS 8 release was. Depending on your device, the size of the update varies between 60-80 mb. So on a good internet connection, updating should take a short amount of time. 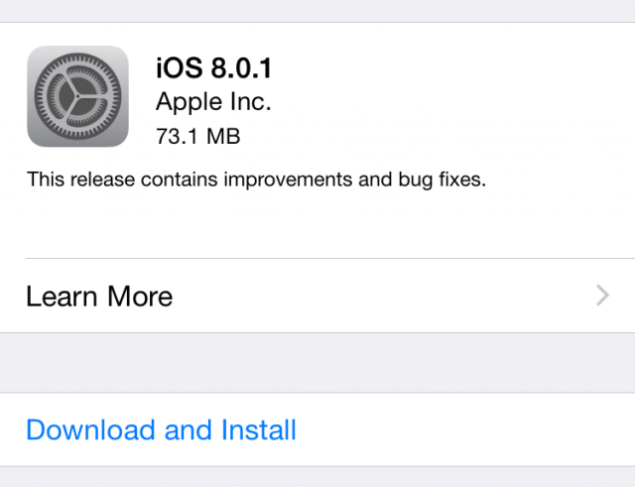 As usual, before starting, the pre-update ritual remains the same. Backup all of your data using iTunes or iCloud. So let's start.

- Important: Several bugs found in the latest iOS 8.0.1, here is how to fix them by downgrading to iOS 8 manually.

2) Start iTunes And Select The IPSW File You Just Downloaded.

After you're done downloaded, connect your device to iTunes and start Apple's software up. In the device summary menu, Shift Click (Windows) or Alt Click (Mac) the restore device button. This will open up an explorer tab and allow you to select the IPSW file you just downloaded.

And voila. iTunes will do rest of the work and you'll have iOS 8.0.1 installed on your device in no time. And for those of you who don't want to go through the hassle of downloading the files and updating manually, the good news is that Apple's OTA update for iOS 8.0.1 is also available for your device. Just go to Settings > General > Software Update. You'll know what to do next.