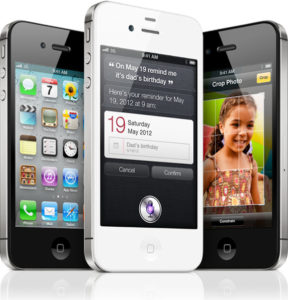 The recently announced Apple iPhone 4S has broken all previous records as far as the number of preorders is concerned. Despite retaining the same design as it's predecessor, people seem to have loved something about the iPhone 4S for it to achieve 200,000 preorders from AT&T which is a record for the network. There are no numbers yet for Sprint and Verizon so rest assured the number is likely to triple when preorders for the three networks is combined.

The iPhone 4S is priced at 199$, 299$ and 399$ depending on internal storage. The new A5 chipset is also likely to be the fastest ever on a smartphone when benchmark numbers will be released. The camera has also gotten a bump from 5MP to 8MP and the all new sensor would be able to take stunning stills. The all new voice assistant, dubbed Siri, is among the biggest novelties of the new iPhone 4S.