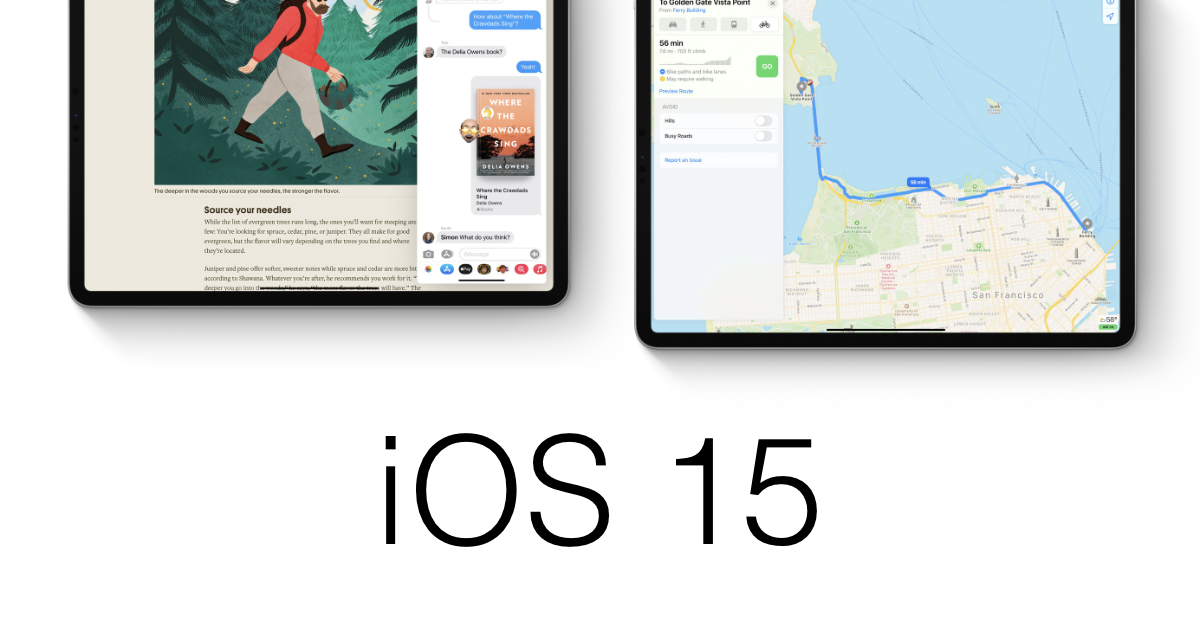 Apple is scheduled to host its annual WWDC event tomorrow. While we are expecting a lot of software-related announcements, the company could potentially surprise us all with a new MacBook Pro model. Ahead of the event, a new report has been published that sheds light on what we can expect from iOS 15 and iPadOS 15.

The report was shared by Mark Gurman from Bloomberg, providing details on what the company can potentially announce tomorrow. This is not the first time that Gurman has shared his views pertaining to the release of iOS 15. It is now reported that iPadOS 15 will feature the ability to place widgets anywhere on the Home screen. Other than this, Gurman states that iPadOS 15 will also add to enhanced multitasking abilities.

For the iPad, Apple plans to revamp the home screen and support the placement of ‌widgets‌ -- snippets of dynamic information like calendar, weather, and stocks -- anywhere on the screen. This is a commonly requested feature that will bring the ‌iPad‌ in line with Android rivals. The company also plans an improved multitasking system to make it easier to operate multiple apps at the same time.

Other than this, it is also stated in the report that Apple will be bringing major improvements to iMessage. In addition, there will be a new way for users to set their status on the device. Apart from iMessage, Apple could potentially introduce a redesigned notification banner on iOS 15.

On the iPhone and ‌iPad‌ software updates, users will now be able to set a status -- such as whether you are driving, sleeping, working or don’t want to be disturbed -- and have that dictate how incoming notifications are handled. The update will also include a larger focus on auto-replying to messages and a new design for incoming notification banners at the top of the screen.

Mark Gurman writes that Apple is also working on a redesigned Lock screen on iPhone and iPad but the changes have been pushed for next year. Lastly, it is reported that macOS 12, tvOS 15, watchOS 8 will house minor updates. We will be covering the WWDC event tomorrow, so be sure to stick around for more details.

What are your expectations from the WWDC event tomorrow? Do you think Apple will announce the redesigned MacBook Pro model? Let us know in the comments.