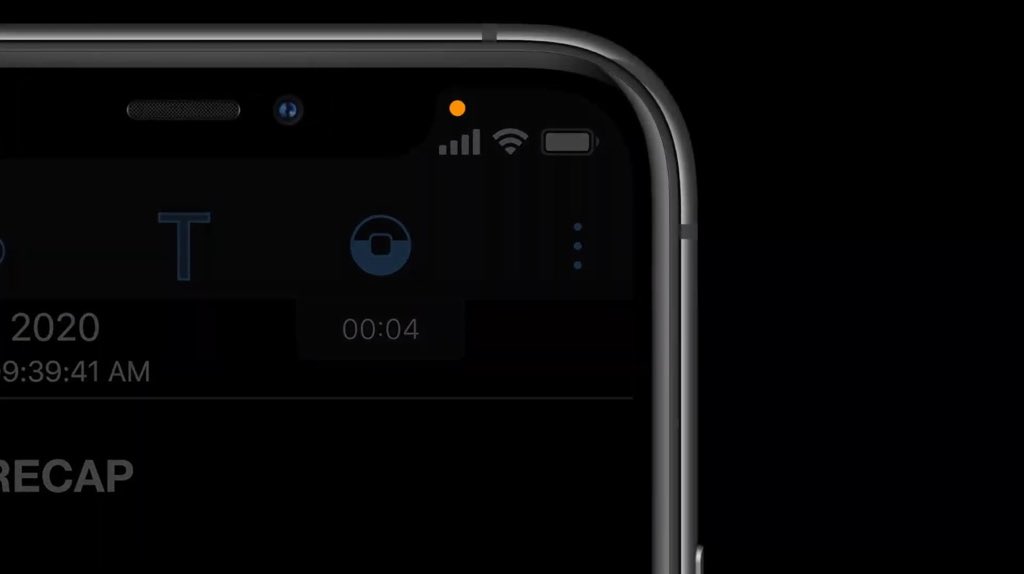 Privacy is always the main concern for smartphone manufacturers and Apple just added a pretty neat addition to iOS 14 at WWDC 2020. It all starts with permissions and then how these permissions are used later on. However, privacy is a great deal for Apple and it wants to keep everything completely transparent with the end-user. To do that, Apple is adding a new privacy feature in iOS 14 which will allow users to know when an app is using your device's microphone or camera.

Apple is adding orange and green indicators in iOS 14 which will let users know when an app is using your iPhone's microphone or camera for enhanced privacy. The orange and green indicator will be displayed on the top right-hand corner of the display above the signal strength. The orange dot represents when the microphone is being used. The green dot, on the other hand, tells you when the front or rear camera is being used.

It's always good to have these indicators if you're worried if Instagram or Facebook is snooping on your conversations. It has always been of concern if an app is using your device's mic or camera. On my OnePlus 7T, I always see a camera icon on the notification bar that quickly disappears. This is something similar that Apple is implementing in iOS 14 with the new privacy feature.

Apple is adding a recording indicator to iOS 14 . Now you will know when an app is using your microphone or camera. pic.twitter.com/qOunXDYkU5

To make personalized advertisements irrelevant, apps like Facebook, and more make use of the information they get through the mic and camera. The orange and green indicators will let you have more transparency and give you insights on the usage. Apple is adding numerous privacy features in iOS 14 which you should be able to take advantage of later this year.

What do you think about the new indicators? Let us know in the comments.