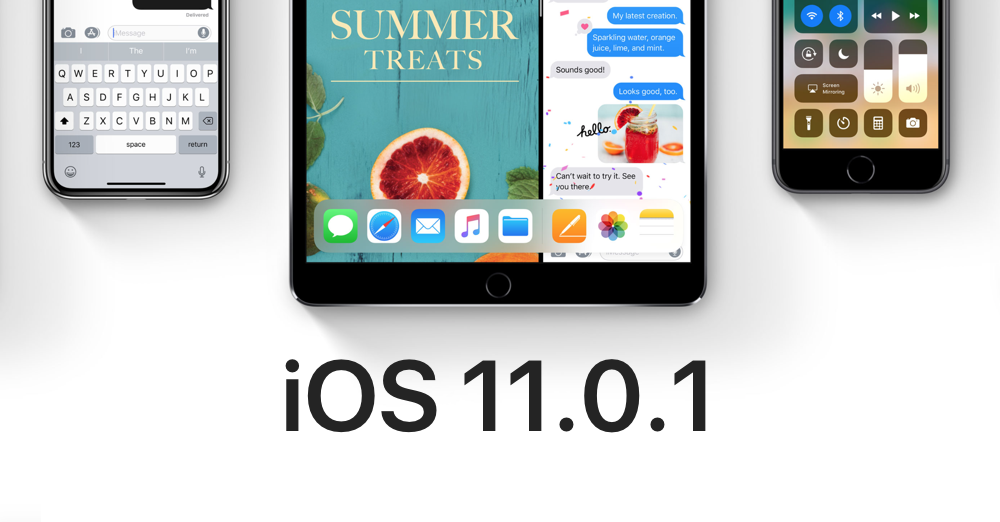 Apple has released iOS 11.0.1 download for iPhone, iPad and iPod users around the globe. Here's the complete changelog.

Apple has just released iOS 11.0.1 download for iPhone, iPad and iPod users around the globe. This is the first ever point update to Apple's new mobile operating system - iOS 11 - which was released to everyone on September 19th.

Here's everything that's new according to the changelog. 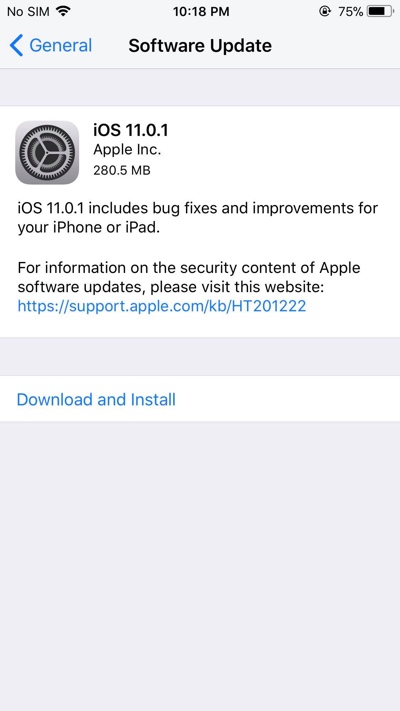 As you can see, this build focuses on fixing bugs and improving performance. But when it comes to battery life it's very early to say anything at all whether iOS 11.0.1 download improves in that arena as well. But nonetheless, this update is great news for those who were awaiting a few fixes before they hop onboard the iOS 11 bandwagon.

If you have iOS 11 installed already, or even iOS 10.x, you can update to iOS 11.0.1 over the air. Simply connect to a Wi-Fi network and a power source, navigate to Settings > General > Software Update. As soon as you tap on the Download and Install button, your device will request the update from Apple. As soon as it is done downloading, you will be prompted for installation. However, if you wish to install the update using iTunes from scratch, you have that option available to you as well. Just download the iOS 11.0.1 IPSW file from below and head over to the clean install guide posted at the foot of this post.

You can download the iOS 11.0.1 IPSW file for your device from the links embedded below.

For installation and update guides, including our full iOS 11 review, check out the links below. And oh, you still have the option to downgrade back to iOS 10 as Apple is still signing the firmware. But with iOS 11.0.1 now available to download, it's hard to say until when this 'downgrade to iOS 10' opportunity will stand. So stay vigilant and make your move quickly and wisely.