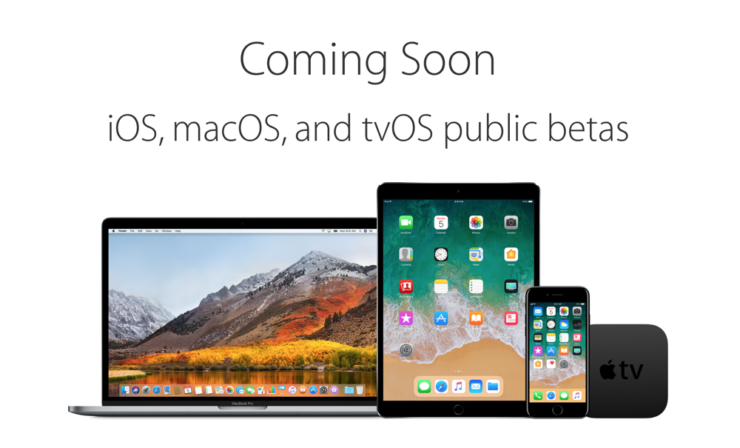 Don't have an Apple Developer Program membership? Don't worry, the iOS 11, macOS High Sierra and tvOS 11 Public Betas are on their way. You can sign-up for them right now.

Apart from iOS 11 & macOS High Sierra, tvOS 11 Public Beta Will be Available to Try Out too

If there's something which Apple has taught as in the past couple of years, it's that we shouldn't expect a Public Beta of anything else apart from iOS and macOS. Interestingly, it seems as though the company is making some amendments to that trend by throwing tvOS into the mix as well. This means not only you'll be able to try iOS 11 and macOS High Sierra Public Beta for free, but tvOS 11 Public Beta too.

If you head over to the beta.apple.com website right now, Apple is clearly stating that iOS 11, macOS High Sierra and tvOS Betas will be available for public testers. What it fails to tell us is that when exactly they'll be available for download. If I were to take a good guess at this time, I'd suggest a release by the end of this month is more likely.

However, if you are interested in trying out the Public Beta of the aforementioned software, then you can head over to beta.apple.com right now and sign up using your Apple ID. It won't take more than a few minutes. Once the Public Beta is live, Apple will send you an email about it, after which you can take the necessary course of action.

We will, as ever, return with proper how-to guides on how to install iOS 11, macOS High Sierra and tvOS 11 Public Betas. Make sure you're tuned in for that.

Meanwhile, be sure to check out the following: