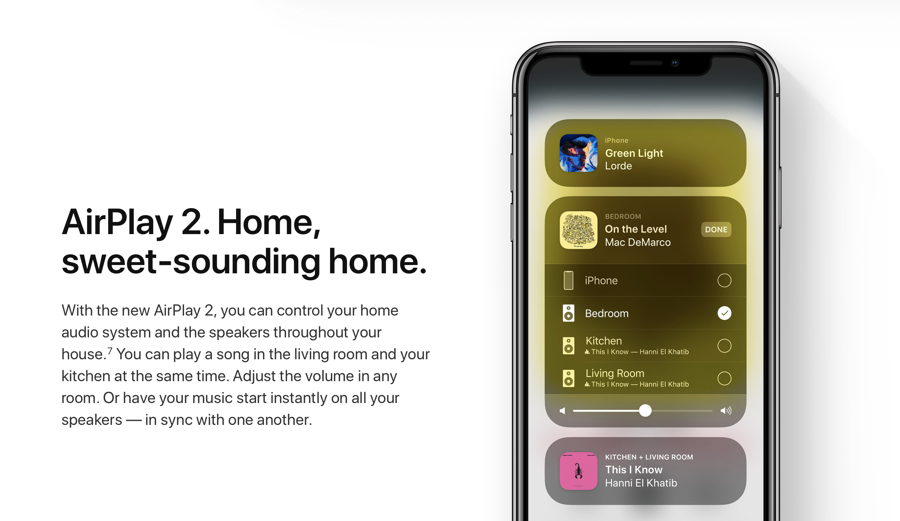 Though Apple has outlined quite a bit of features, but there is a lot of stuff still which it hasn't talked about in iOS 11.3, such as AirPlay 2.

AirPlay 2 is Included in iOS 11.3 and tvOS 11.3 - Lets You Stream Your Music or Podcasts to Multiple Speaker Systems at the Same time

During its WWDC 2017 keynote, Apple babbled about a lot of new features, including AirPlay 2. A brand new streaming protocol from Apple, the feature had been missing from for a long, long time.  Now though, it's been confirmed that the new protocol is all set for action with iOS 11.3 and tvOS 11.3 beta.

What does AirPlay 2 do? Simply put, it lets you stream your music or podcasts to multiple AirPlay devices at the same time. For example, if you have multiple HomePod speakers at home, then you can have them all play the same tune at the same time. A great way of filling up your entire house with that fire mix tape you've been working on lately.

Unfortunately though, AirPlay 2 is available on software that is currently only available to developers. This means that end-users have to wait a while until they get a good taste of it. But there's good news in all this as well. See, Apple has promised that iOS 11.3 (and likely tvOS 11.3) will be seeded to public beta testers as well. So if you are a tad bit adventurous and love to play around with unfinished software then you too can join into the fun. Sadly, the public beta is not available just yet, but it will be in due course. Highly likely within this week, if we are extremely lucky.