iOS 11.2.1 / iOS 11.2 Fully Untethered Jailbreak Has Been Achieved Successfully On The iPhone X

We previously covered that Google released details of an iOS 11.1.2 exploit to the public. Now, it seems there is an extension to the first ever iOS 11 jailbreak story. As it seems, iOS 11.2.1 / iOS 11.2 jailbreak has been successfully achieved. Moreover, the jailbreak is fully untethered in nature and is available for the iPhone X as claimed by Alibaba Pandora Labs. The operation installs Cydia successfully as detailed by Alibaba Pandora's Song Yang. It also allows the device to be rebooted, which is a big deal if you're familiar with the jailbreak process. So let's dive in to see some more details on the matter.

As we have mentioned earlier, iOS 11.2.1 / iOS 11.2 fully untethered jailbreak has been achieved on the iPhone X. The device successfully installs Cydia and reboots. However, there is tiny bit of a problem that might annoy you - the company does not have any intentions to release it to the general public. 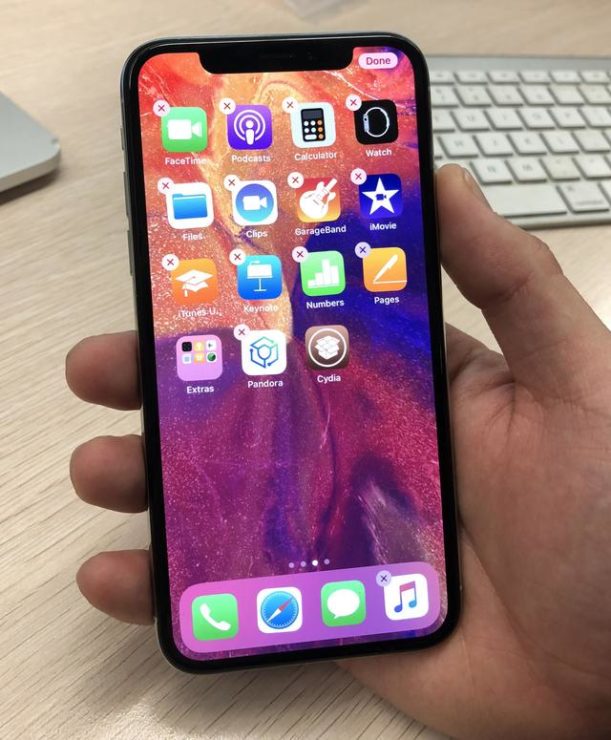 The company has released a statement regarding the unavailability to the general public. In addition to this, Alibaba Pandora has not released any details how the operation was achieved. The clarification of the vulnerability and how it was exploited has not been detailed.

Although iOS 11.2 fixes some security issues, we confirmed the new iOS will still be jailbroken on the first day it was released. Although we escaped iOS 11.2 quickly, we were limited to security research purposes, our team won’t provide any jailbreak tool.

Nonetheless, there is little hope as can be presumed on the basis of the puzzling statement from the company. This means that Alibaba Pandora could potentially release it to the wider audience when Apple will patch the exploits. Henceforth, we have minor hopes attached with Alibaba Pandora's iOS 11.2.1 / iOS 11.2 fully untethered jailbreak. The image attached shows Cydia successfully installed on an iPhone X.

As of now, we're also looking forward to Google's exploit. Ian Beer of Google's Project Zero released the iOS 11.1.2 exploit to the general public. The vulnerability could possibly be manipulated to form a running jailbreak. This is good news for all of us as the whole community was pretty silent for a long time. There will be more to the story, so be sure to stay tuned in for more details.

This is it for now, folks. What are your thoughts on the Alibaba Pandora achieving iOS 11.2.1 / iOS 11.2 fully untethered jailbreak? How anxiously are you waiting for the jailbreak to arrive? Share your views in the comments.