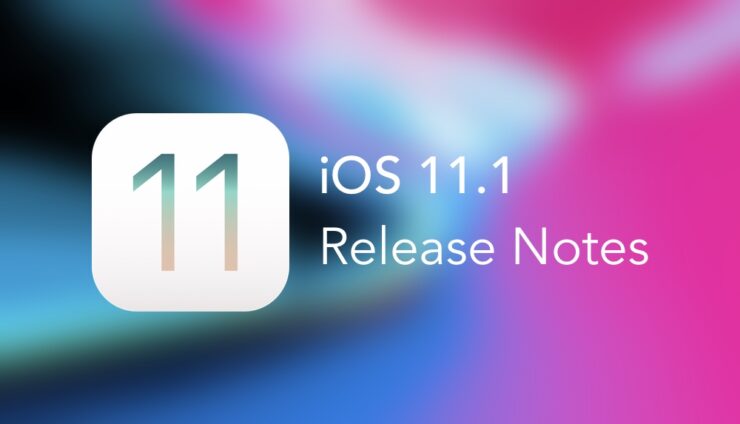 Here are the full iOS 11.1 Beta release notes for iPhone and iPad users as per Apple itself.

A New iOS Beta is Here and iOS 11.1 Beta Release Notes Are Available too. Let's Have a Look, Shall We.

iOS 11.1 Beta was released a few moments back for registered developers and Apple has updated its developer portal with a set of release notes, highlighting what you will find in this build. Apparently, there's nothing much under the hood apart from fixes. So rather than talking about them, here's a first-hand look at the iOS 11.1 Beta release notes themselves.

Though the iOS 11.1 Beta release notes look a bit stale, but I'm certain at this point that the actual build itself will have some great improvements housed in for users. It's only a matter of time all of those are unearthed for everyone to see.

Registered developers with Apple can download the iOS 11.1 Beta straight away. You either have the clean install option via iTunes, provided you're willing to download the entire iOS 11.1 IPSW file. Second, the over the air route, which involves nothing more than downloading a simple iOS beta profile onto your device, after which you'll be updated to iOS 11.1 Beta. The second route ensures that your files, settings and apps remain safe and secure. The former however, will delete everything off your device, forcing you to take backups and then later restoring them. A bit of a nightmare for regular users like you and me.

Those who are anxious to try out the new beta should wait for a while since today's release is only available to download for registered developers. It's likely that the public beta version of this software will become available some time this week, if not the next one.