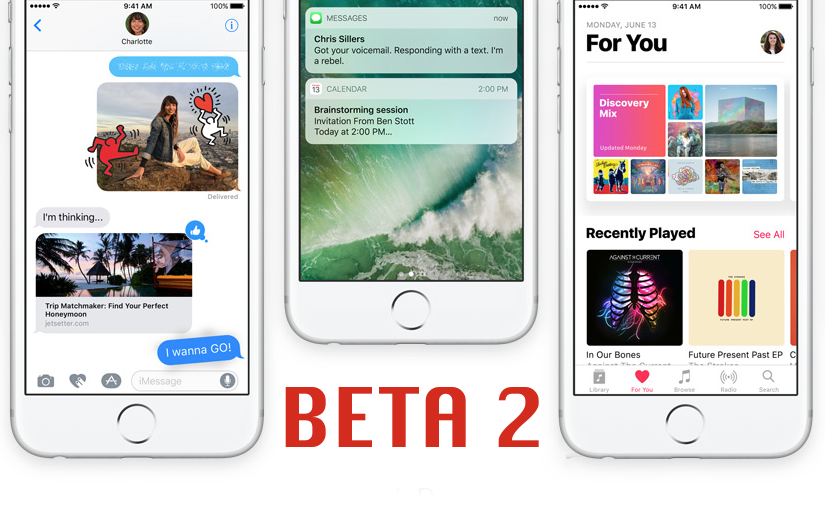 The iOS 10 beta 2 battery test is performed on different iPhone models as to conclude its compatibility with different devices. Apart from the battery test comparison, the video also shows comparative performance on various iPhone models. While iOS 9.3.2 is the final build, we can see that app launch times are a little bit better compared to iOS 10 beta 2. Moreover, iOS 10 beta 2 also has slower transitions and animations when opening the app switcher or the apps.

An interesting aspect discovered is that unlocking the iPhone via Touch ID is a little bit faster on iOS 9.3.2 when compared hand on hand with iOS 10 beta 2. This isn't an eye sore but it might be annoying for some users. Check out the video below for more details.

So if you have used iOS 10 beta 1, you might be glad to know that the beta 2 shows considerably more battery life. It wouldn't be wrong to say that bug fixes from the last beta have contributed to a better battery lifespan. We will probably see more improvements in the iOS 10 beta that follows. Do take note that iOS 10 is still in its beta phase and potential changes could be part of the final build.