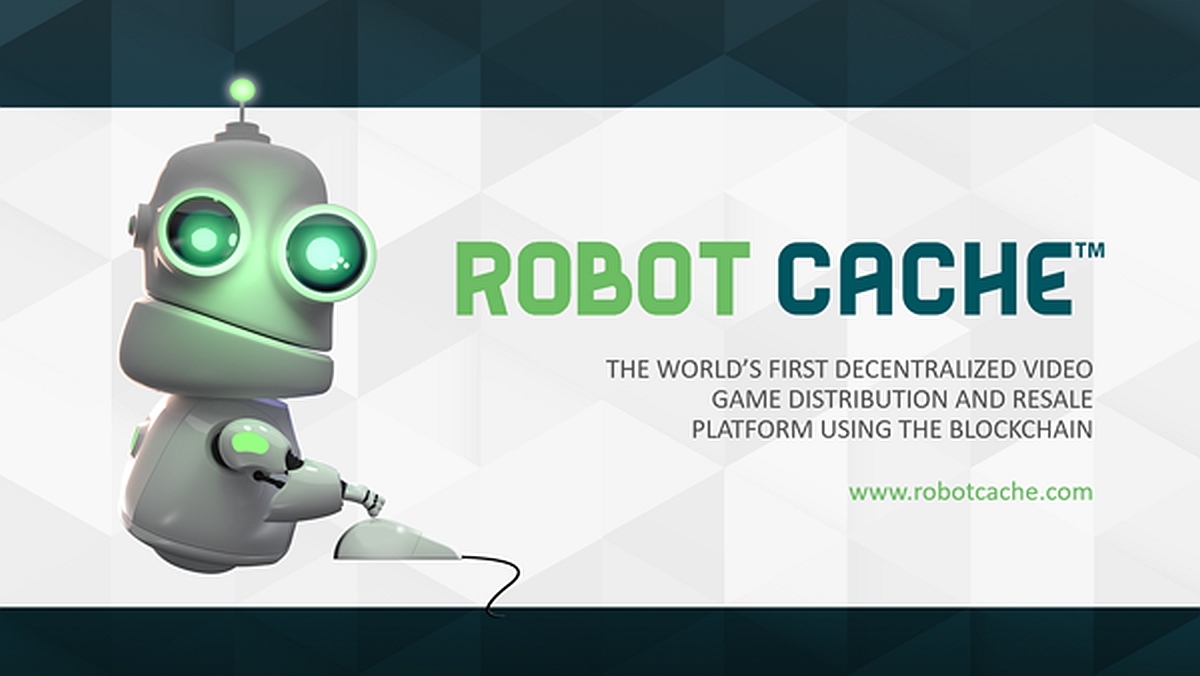 Blockchain technology is sweeping across economies and industries. For a primer on cryptocurrencies, check out the financial analysis we posted yesterday.

Here, we'll delve into how blockchain can possibly change gaming as we know it. You might remember Robot Cache, the upcoming game distribution platform powered by blockchain technology that promised to lower publishing fees while allowing customers to resell their digital games.

Speaking in a recent interview appeared on the latest EDGE magazine (April 2018, issue 317), inXile CEO and renown Game Designer Brian Fargo explained how Robot Cache can allow gamers to get money that never existed before and that will serve to create a bigger ecosystem for games, while being advantageous for developers, too.

The blockchain’s advantages are unlimited. Like the Internet in the early days, we see unlimited potential. We are only scratching the surface with Robot Cache. I love technology and finding ways to connect the dots to create something new, and the blockchain reminded me of the feelings I had when I first became knowledgeable of the Internet.

The reason we can allow the reselling of games is because we can get the unbiased truth as to who the real owner is. We’re letting the genie out of the bottle for the resale of digital games. I absolutely believe this is a win-win for gamer and developer. The knowledge of knowing one can resell, the social dynamics of gamers striking bargains to sell each other games and the ability to get money that never existed before, will all serve to create a bigger ecosystem for games.

We believe that allowing gamers to resell their games will be a driving force for them to want to purchase games on Robot Cache, and almost every publisher and developer we’ve spoken to agrees. It’s compelling for them in that they will get 95 per cent from the bulk of those early sales, and the worst case is that they get the same 70 per cent today.

The interview also had Hilmar Veigar Pétursson, CEO of EVE Online developer CCP Games since January 2014, talking about another critical aspect of this technology: the ability to absolutely guarantee the ownership of digital assets and how that can feed into game economies.

I believe an economy built on the blockchain is a more valuable economy than one implemented on a proprietary database, and it also opens up the idea that people can truly own their assets.  Owning, in an undisputed way, an item on a blockchain – this has never been done before. It’s never been possible to ascribe ownership in such a strong way before, not even with physical ownership.

I can envisage a world a few decades from now where no one would want to work in a game economy to accumulate game assets that don’t really belong to you. In a way, you’re playing a game not only for your own enjoyment and to escape reality, but you’re also feeding your family because the assets of the virtual world are no different to those of today’s economy.

It will take decades for people to truly understand, but I believe that owning digital things in a proprietary company database will be frowned upon because it’s not true ownership.

This could mean that assets owned in a game will one day have actual value in the real world and can be exchanged for real world assets. We've seen that to an extent in games like EVE and other MMORPGs (the illegal selling of virtual currency in World of Warcraft, for instance), but blockchain based virtual property would be on an entirely different level.

Still, we have to wonder how the games themselves would change in the process. That's a topic for another day, though.