A new state of matter called the “Jahn-Teller” state has been discovered by an international team of scientists. This particular state is what happens when a type of an insulator was forced to display the characteristics of magnets, metals, insulators and superconductors – all rolled into one. 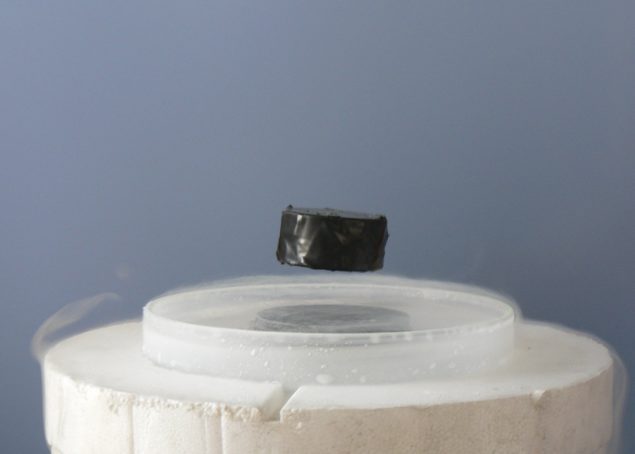 A new 'Jahn Teller' state of matter discovered by scientists

As you may know, superconductors are amazing. They have the potential to revolutionize our technology but the only problem remains the critical temperature at which they achieve super conduction. Mostly this is near (specifically at around -243.2 C) to absolute zero but some are able to achieve this at relatively high temperatures  - as high as -135 C. This new state of matter could be one explanation to this phenomena. If we can use it to achieve super conduction at very very high temperatures (think near 0 C) then we are looking at a full blown revolution in terms of electronics and the future.

"This is what the rubidium atoms do: apply pressure. Usually when we think about adding pressure, we think in terms of squeezing something, forcing its molecules closer together by brute force. But it's possible to do the same thing chemically, tweaking the distances between molecules by adding or subtracting some sort of barrier between them - sneaking in some extra atoms, perhaps. What happens in a Jahn-Teller metal is that as pressure is applied, and as what was previously an insulator - thanks to the electrically-distorting Jahn-Teller effect - becomes a metal, the effect persists for a while. The molecules hang on to their old shapes. So, there is an overlap of sorts, where the material still looks an awful lot like an insulator, but the electrons also manage to hop around as freely as if the material were a conductor."

Ofcourse when one usually talks about states of matter – solid, liquids, gasses and maybe plasma comes to mind. But the fact of the matter is that in the lab environment, many other states have already existed, namely:  Bose–Einstein condensate, degenerate matter, supersolids and superfluids, and quark-gluon plasma etc. This particular state is just one more edition to this growing list of names.

Now how exactly was this Jahn-Teller state of matter achieved? Well, the team of scientists introduced rubidium into carbon-60 molecules (aka buckyballs) which forced the distance between them to change resulting in a new crystalline structure. The structure displayed a combination of insulating, superconducting, metallic, and magnetic phases, including a brand new one, which the researchers have named 'Jahn-Teller metals'