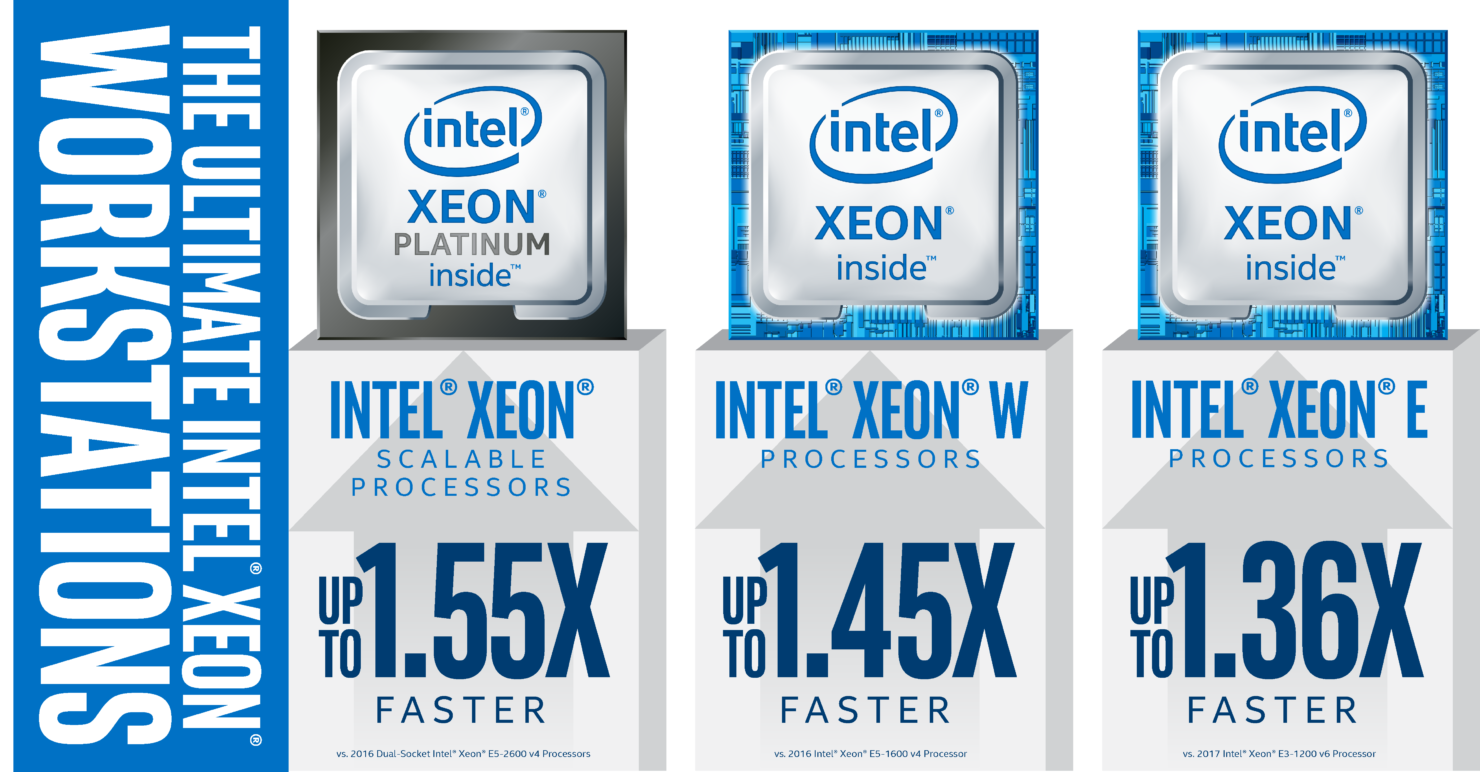 Intel has officially announced their latest Xeon E-2100 series processors which succeed the Xeon E3 lineup. The new processors are aimed at entry-level workstations and deliver a range of features that allow systems to be more productive and deliver a very powerful, single-threaded application performance with a platform optimized for reliability and affordability.

The new lineup features a range of SKUs which are optimized for different workloads and users. A total of 10 Xeon E-2100 processors exist in the lineup which is based around the C246 chipset, and all pack new features for entry-level workstation environments and providing the essential tier of performance and visual support for workloads that include entertainment (VR), engineering, energy and finance, education and healthcare. 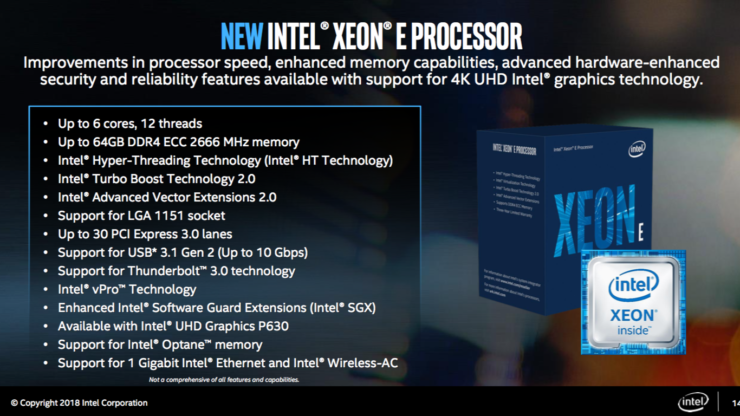 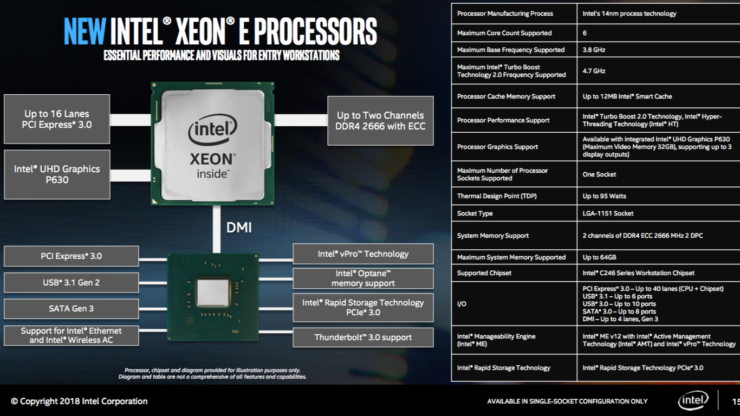 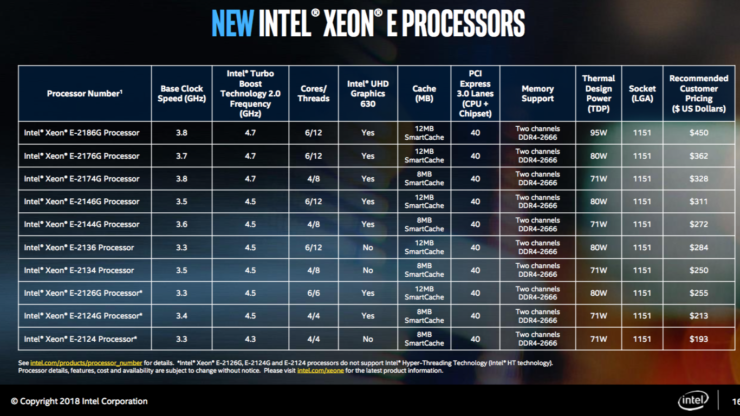 In terms of performance advantages over previous generations, Intel is claiming a 1.73x increase compared to a 4-year-old Xeon based platform and a 1.36x improvement gen-on-gen. The main reason is largely due to the increased core count which offers more productivity for workstation usage. Versus the Xeon E3 V6 (Skylake) flagship, the new Xeon-E flagship offers 24% time reduction when turning six 4K video clips into a single 4K VR video. Again highlighting the use of these CPUs in the entertainment industry which is largely focused towards VR and game development.

While the launch was much needed for Intel in the mainstream workstation segment, we were still expecting to see an 8 core mainstream part to be featured in the lineup. That doesn't seem to be the case for now but we are hopeful that it would be added to the lineup when the part is close to a consumer launch.