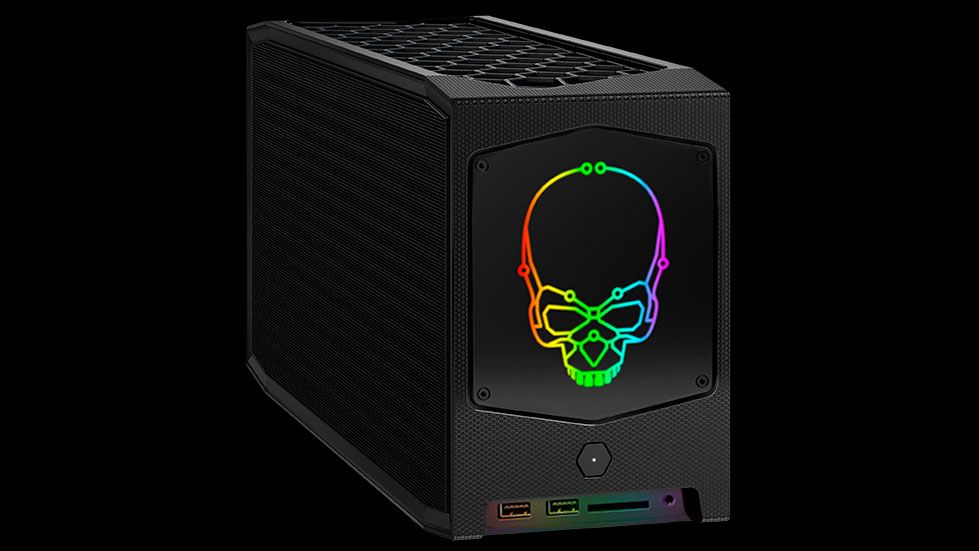 Intel will soon be releasing the NUC 11 Extreme 'Beast Canyon', and with this new generation, it packs even more power in a small chassis. The Beast Canyon comes equipped with the latest 11th gen Tiger Lake series processors and now supports a full-length graphics card.

The NUC 11 Extreme 'Beast Canyon' kit features an 8L chassis and the dimensions of the chassis are 357 x 189 x 120mm which now allows for full-length graphics cards to fit in the NUC thanks to the single PCIe 4.0 x16 expansion slot. The Beast Canyon features a 150W upgrade over the Ghost Canyon with a 650W 80 Plus Gold ITX power supply.

The Beast Canyon takes advantage of the WM590 chipset which is specially designed for Tiger Lake processors and it supports up to 64GB of DDR4-3200 1.2V SO-DIMM memory. The Beast Canyon comes with four M.2 slots as well as two SATA 6Gbp slots. In terms of ports, it comes with six USB 3.1 Gen 2 ports, two Thunderbolt 4 ports, and one HDMI 2.0b port. It also features an extra PCIe 4.0 x4 expansion slot for add-in cards. The connectivity on the Beast Canyon includes 2.5 Gigabit Ethernet networking, Wi-Fi 6E, and Bluetooth 5.2.