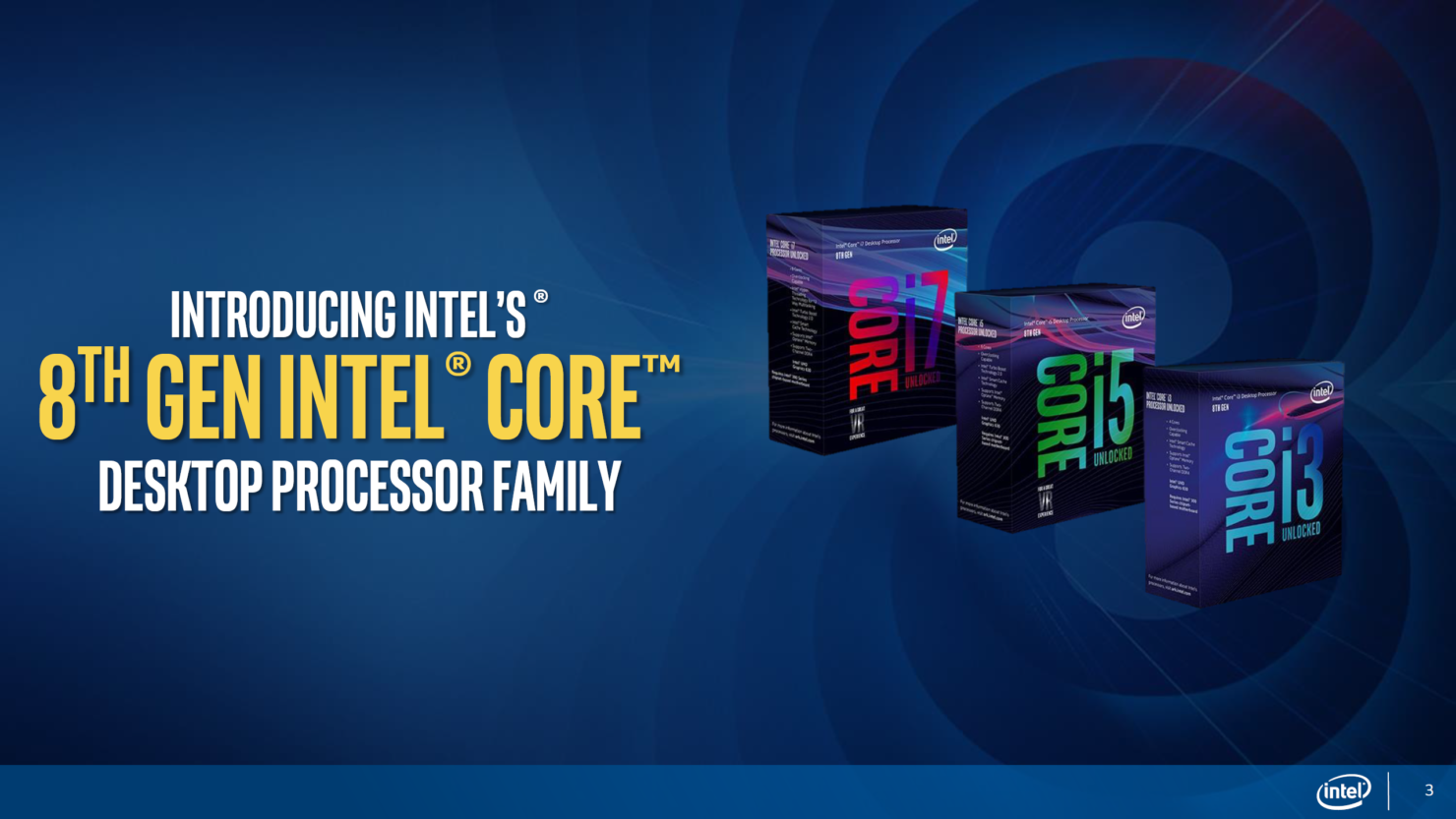 Intel officially revealed its brand new lineup of 8th generation Coffee Lake processors yesterday. Coffee Lake marks the debut of Intel's first ever six core mainstream core i7 and core i5 parts as well as its first ever quad core i3 parts.

The new family of chips introduce higher cores counts and higher clock speeds in every product tier. With that being said, it's not all good news. Kaby Lake owners looking to upgrade to Coffee Lake will have to buy new motherboards as Intel has decided to break compatibility with existing 200 series chipset motherboards supported by Kaby Lake.

Intel's official statement regarding this decision is that the power delivery circuitry required some upgrades to support the higher core count processors and slightly faster DDR4 support, hence why potential buyers will need a 300 series motherboard for Coffee Lake.

Getting the max out of 6 core processor required changes to our motherboards, specifically to provide improved power delivery to new 6-core processors.

We also took the opportunity to improve our overclocking capabilities by improving the package power delivery to the CPU. This is an another change that required motherboard changes.

We increased memory bandwidth on processor up to 2666 MHz that required another improvement on the motherboard layout.

New CPUs need to be paired with 300-series motherboards.

Not only that, but for the reminder of 2017 Intel will only offer Z370 motherboards, with no mid-range B350 options until some time next year. This means that even if you choose to purchase a locked processor, like the promising six core $182 i5 8400, your only option will be to pair it with a Z370 motherboard. You'll have to pay the Z370 price premium regardless if your processor can even leverage the overclocking features of the chipset or not.

Furthermore, conversations with motherboard makers and lab tests nl.hardware.info revealed that the company is also arbitrarily breaking Kaby Lake compatibility with 300 series chipset motherboards via firmware BIOS code and has mandated that all motherboard manufactures implement it.

Why This Makes No Sense

Intel was asked whether high-end Z270 motherboards with over-engineered power delivery circuitry, of which there are many, will be supported or not and the company's official response was that no matter what Coffee Lake CPU you buy you will need to pair it with a 300-series chipset motherboard.

Upon closer inspection of Intel's arguments we find none of them to be remotely convincing. The TDPs of Coffee Lake processors still max out at 95W, just like Kaby Lake, despite the higher core counts. Additionally, many Z270 motherboards already have beefed up VRMs to enable high overclocks and would have little trouble handling the power requirements of Coffee Lake. Furthermore, nearly all existing Z270 motherboards easily support DDR4 memory speeds far greater than 2666 MHz.

To further underline why none of Intel's arguments for breaking compatibility make sense we needn't go back more than a handful of years to when AMD introduced its monstrous 220W FX 9000 series CPUs. These parts had nearly double the TDP of existing FX 8000 series CPUs and required liquid cooling just to run out of the box. They also supported faster memory speeds. Instead of breaking compatibility with existing boards, the company simply certified existing 990FX motherboards that could handle the new CPUs as FX 9000 series compatible. The company has also committed to maintaining AM4 motherboard compatibility with future generations of Ryzen processors.

Truth be told the only apparent reason Intel is breaking compatibility with existing motherboards is that they're simply after your money.  Intel is a company trying to make a buck after all.  If you're upgrading to Coffee Lake from Broadwell or an older processor this doesn't really affect you. But, we believe that this decision will only work to discourage Kaby Lake owners from upgrading to Coffee Lake.