Intel has introduced the latest Xeon 7500 Series CPU for servers and workstations based on Nehelam chip architecture. These new processors series will replace the previous Xeon 7400 series CPUs.

Intel claims that these new CPUs are designed for better and more efficient processing and have scored 3 times more in benchmarks as compared the previous line up. It is also said in the press release that a Data centers can now replace 20 single core servers with a single server with 4 7500 series Xeon processors. 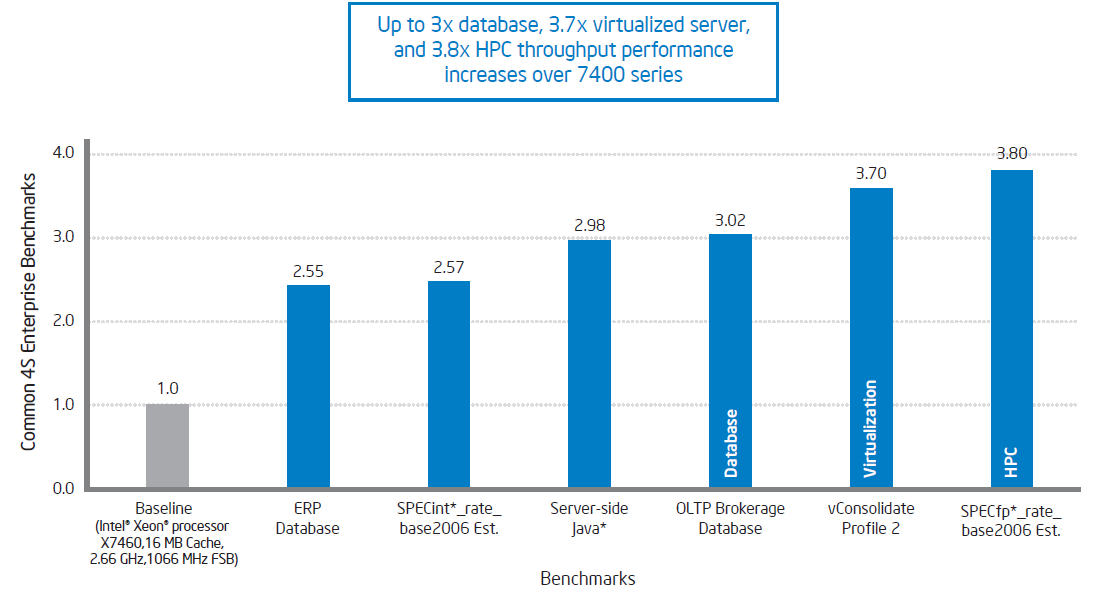