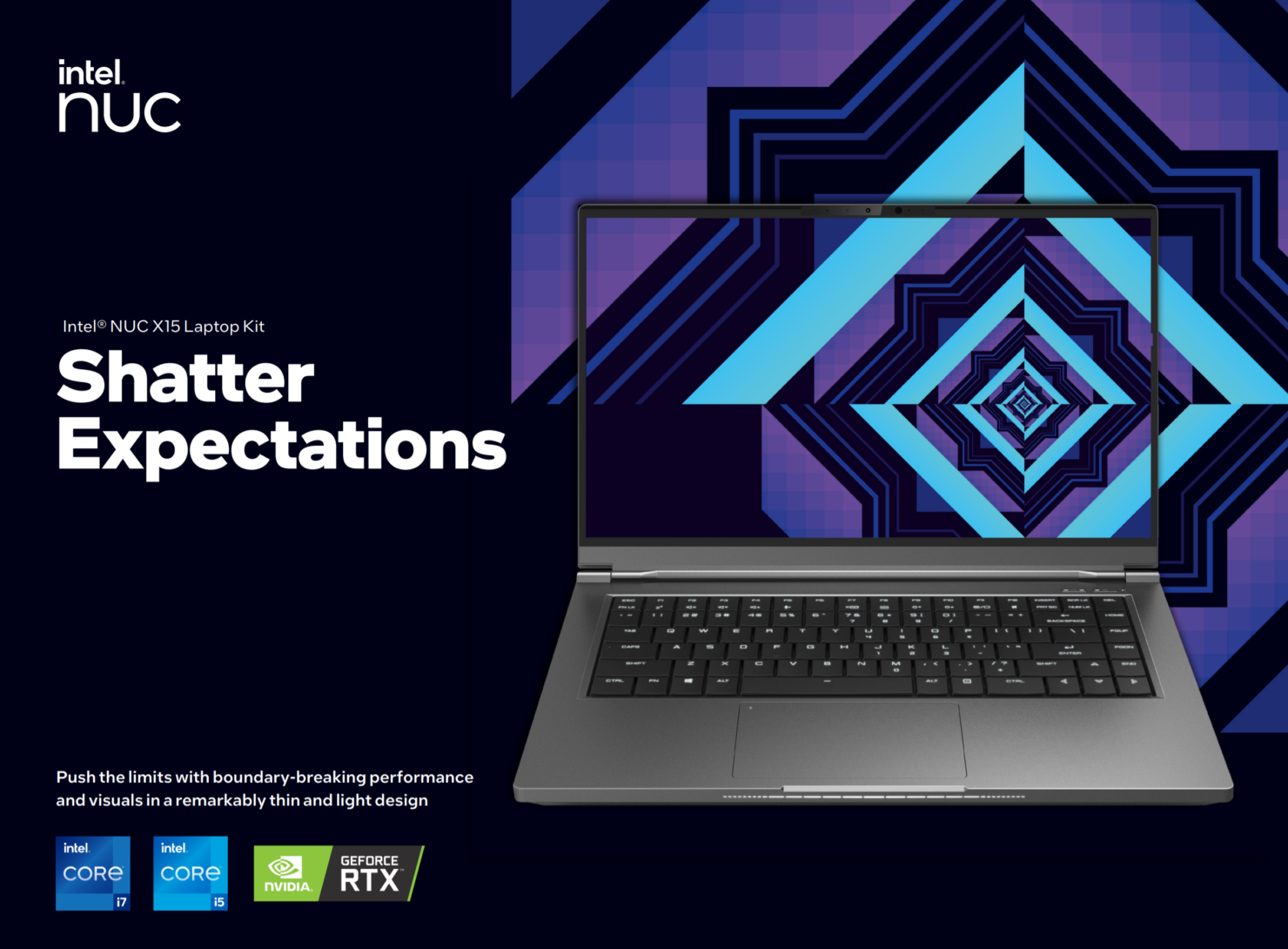 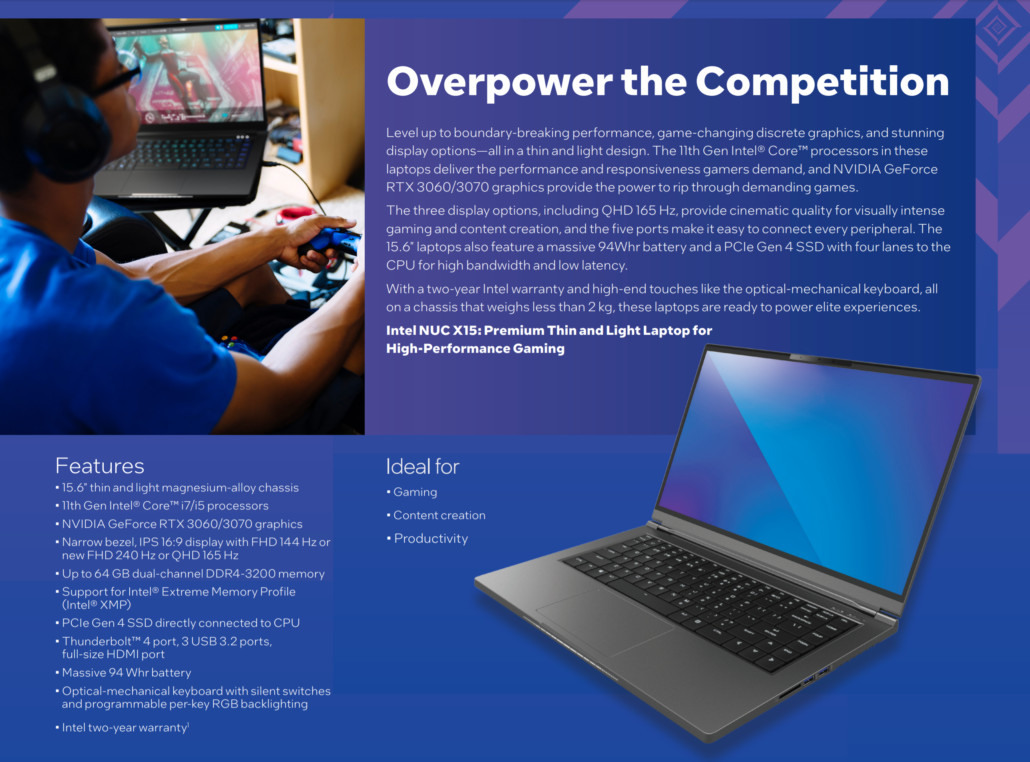 The Intel i7 NUC X15 laptop features WiFi 6 and up to 2.5 Gbps networking speeds through its ethernet port. It also has three USB ports, a Thunderbolt 4 compatible port, and USB 3.2 Gen 2 ports. An HDMI 2.1 port allows for high-resolution output on the 15.6" screen. An SDXC card reader is present as well.

The laptop sports a mechanical keyboard with anti-ghosting, N-key rollover, and optical switches. The keyboard also presents RGB backlighting for long hours of use in any lighting situation. The new NUC X15 series gaming notebook is a powerful lightweight gaming laptop weighing less than 2 kg and measuring 357 x 235 x 21.65 mm, making it a worthy competitor in the notebook market.

No pricing has become released yet by Intel. However, due to the gaming laptops utilizing Tiger Lake architecture, it is possible that there will be a higher cost than entry-level gaming laptops. There is also no word on who will be partnering with Intel out of the gate. During the release of the NUC M15 laptop kit released last year, ADATA was the first company to partner with the manufacturer to create their own brand-named version, showcasing Intel's NUC M15 gaming laptop kit at the time. It is possible that with the need for more gaming options available now during this time in the market that the list of partners might be in higher quantities.