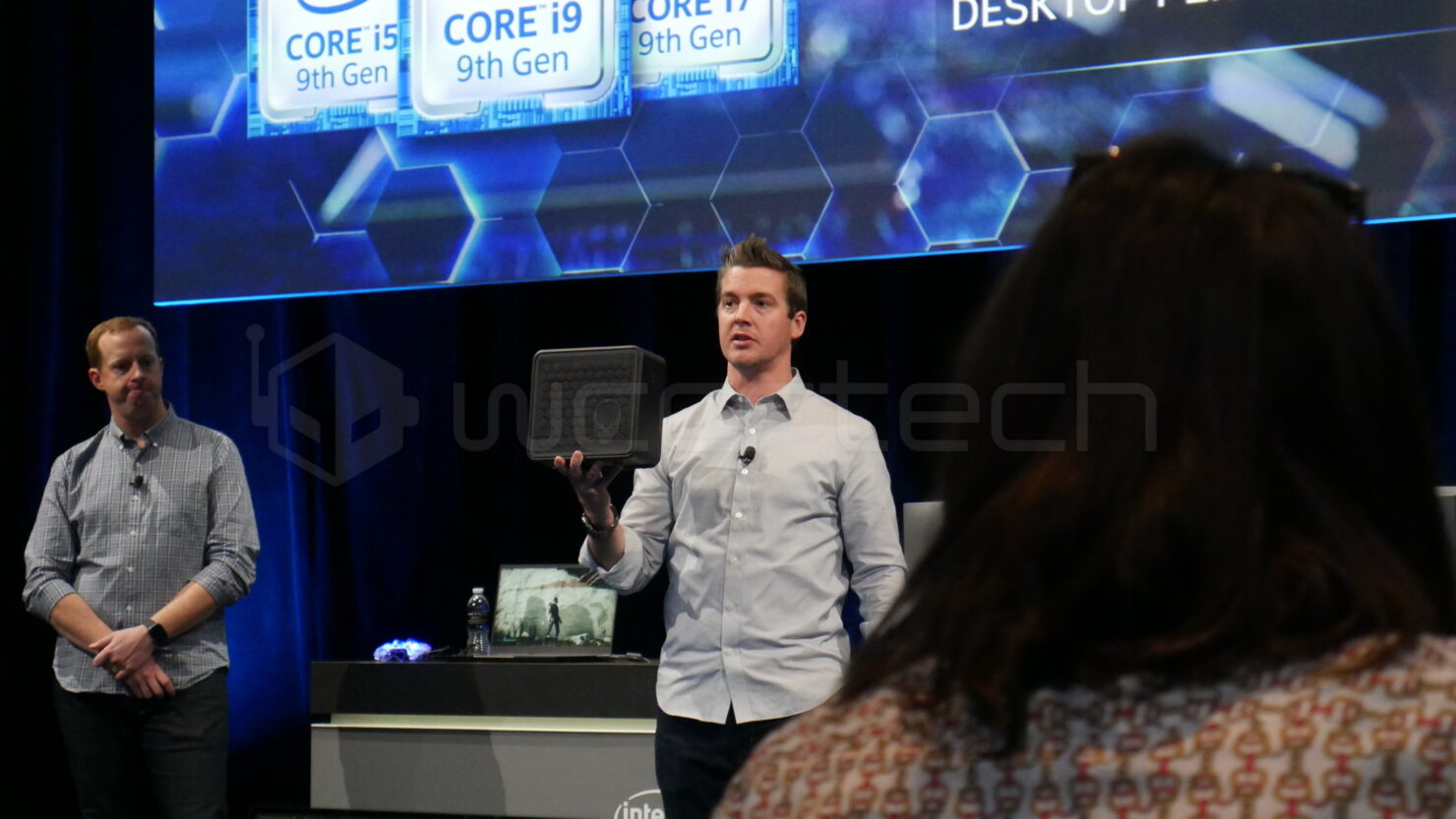 CES 2020 is just getting wound up and Intel is hot out the gate with sneak peeks galore including their 10th Gen Comet Lake H Series high-performance mobile parts, but that's in another article. We're looking at something that has been seen before but is now officially known as the Intel NUC 9 Extreme Kit, or more commonly referred to as the Ghost Canyon NUC.

Since this was just a preview we didn't get all the details as those will be coming later during the duration of CES and we'll revisit as we learn more. But, we know that the Ghost Canyon NUC will be powered by 9th Gen Intel Core H Series processors and will be available ranging from Core i5 to Core i9 with the top-end Core i9 being an unlocked SKU. We expect the core count to reflect those available in current i5 with 4 cores and 8 threads, the i7 featuring 6 cores and 12 threads, and the i9 featuring 8 cores and 16 threads.

The unit is confirmed to feature Intel's Compute Element system that allows for CPU upgrades through replacing the core portion of the unit that houses the motherboard, CPU, and I/O so that this wouldn't be a one time purchase but rather something you could keep upgrading over time unlike previous NUC designs like Hades Canyon was. But, this design also lends itself to the more appealing nature of the Ghost Canyon, the ability to add in a discrete graphics card of your choice, provided it is under the 8" restriction that this 5ltr chassis limits it to.

According to wording from Intel, it seems that this 'kit' will be available to OEMs to design around and may actually exist as a reference design for others to follow. Either way, it is a tiny and powerful platform that allows for a bit of flexibility and could lend itself to making a killer living room gaming PC.

We were given the opportunity to get some pictures of the Intel Ghost Canyon NUC to better illustrate its size as well as the I/O that it features. If you look closely in the first image you can see the blower-style heatsink and fan assembly that is used to cool the CPU but you can also see that the entire side of the unit is mesh which should aid in cooling if a discrete GPU is added to the setup.

More to come on the Intel Ghost Canyon NUC as CES 2020 marches on! A more in-depth look at the Element modular PC design can be seen here.