The roadmap of Intel's NUC plans for the years of 2020 and 2021 has leaked out courtesy of Momomo_US (via Videocardz). As it stands, Intel's high-end NUC platform, Ghost Canyon, is not set to receive any update till 2022. The mid-end NUC Extreme platform, however (think Hades Canyon) is going to receive the Tiger Lake U treatment sometime in the second half of 2020.

There is something very very interesting hidden in the leaked slide as well. It clearly mentions that Intel's Hades Canyon successor will NOT feature the Xe Graphics architecture. Instead, it will feature a "3rd Party Graphics" solution. Considering there isn't a very large increase in volume (the successor is still at 1.35L compared to the original at 1.2L), it is very much possible that we will be looking at another AMD-powered solution. Intel has already successfully showcased an Intel-AMD partnership with Vega GL inside the Hades Canyon NUC and the successor could follow similar philosophies. 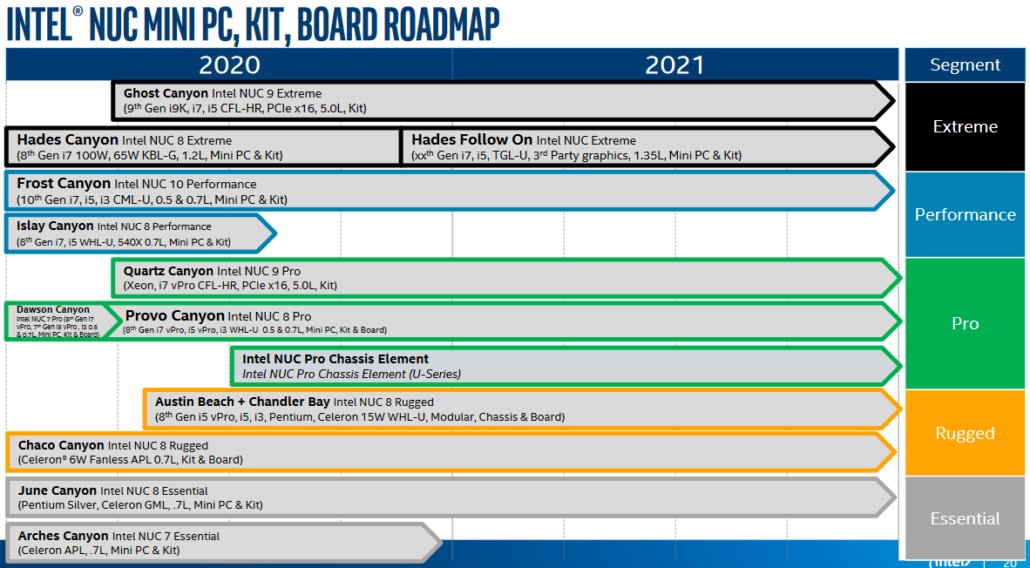 The company could theoretically choose to go with an NVIDIA dGPU, but that [opinion] doesn't seem to be possible within an increase of just 0.15L [/opinion]. They could theoretically force in a very small dGPU from NVIDIA but that seems to be an incredibly complex engineering task and the thermal dynamics would be incredibly hard to maintain. On the other hand, AMD's on package dGPUs like the original implementation of the Hades Canyon NUC is just perfect for this approach. 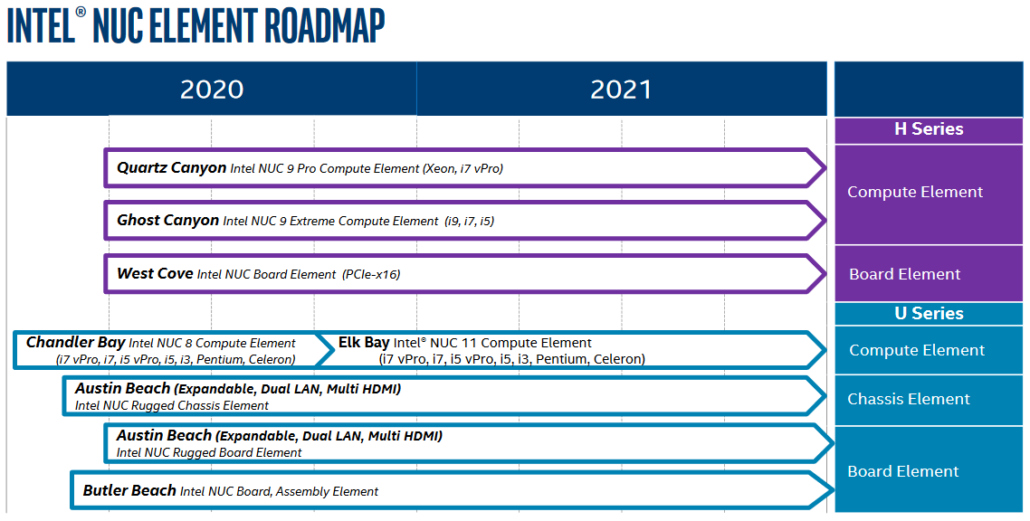 The one thing that could give us pause about assuming an AMD Radeon GPU, even though it makes the most technical sense is the tense relationship between Intel and AMD right now. Utilizing an AMD GPU on the package might not make for good optics even though it is the most feasible solution on a technical basis. NVIDIA's Ampere GPUs are also in the pipeline and the NUC could be a big design win for Ampere lite if they can get around the complexities involved. An NVIDIA GPU on-package, however, would be an absolutely killer combo.

This does mean that Intel's Xe platform isn't at a stage (and won't be even in 2021) where it can be readily adopted by other business units such as the NUC segment. Hopefully, we will see the Xe graphics architecture star on a future NUC after 2021. [opinion] The monotony of a graphics duopoly is getting seriously boring and I for one cannot wait for two to become three and see some glorious three-way price wars [/opinion].