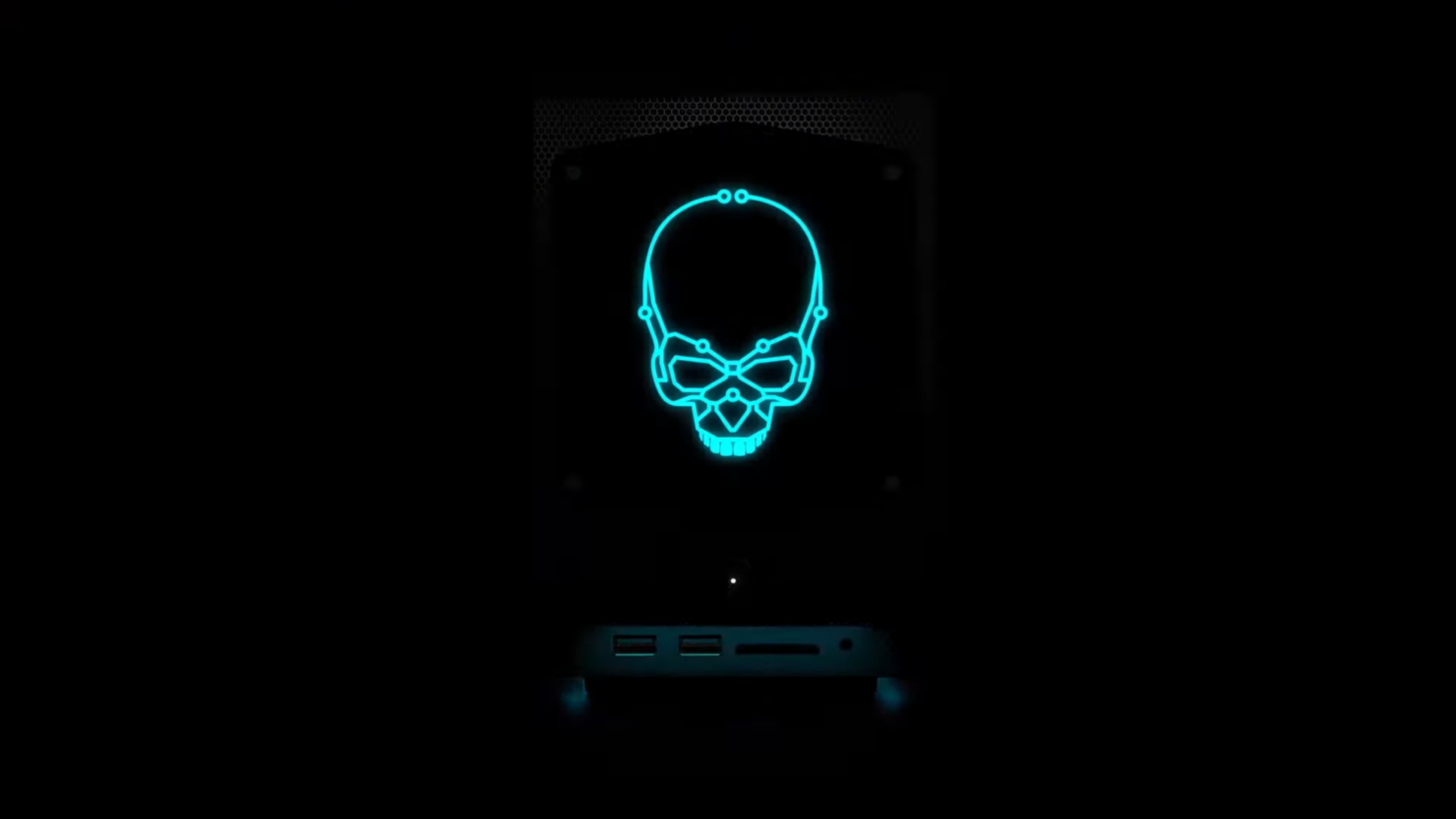 Intel's 12th Gen NUC carries a few differences from previous offerings, including a new version of the Intel desktop socket that has only seen incorporation in current desktop models. The NUC 12 Compute Element will begin offering Intel's LGA1700 socket in the small form factor PC. This information is excellent for users due to the introduction of the LGA1700 on board. Now consumers can expect Intel to offer the capability to work with several other Intel models using the same chip socket, with the stipulation that it runs under 65W consumption with support from the BIOS. 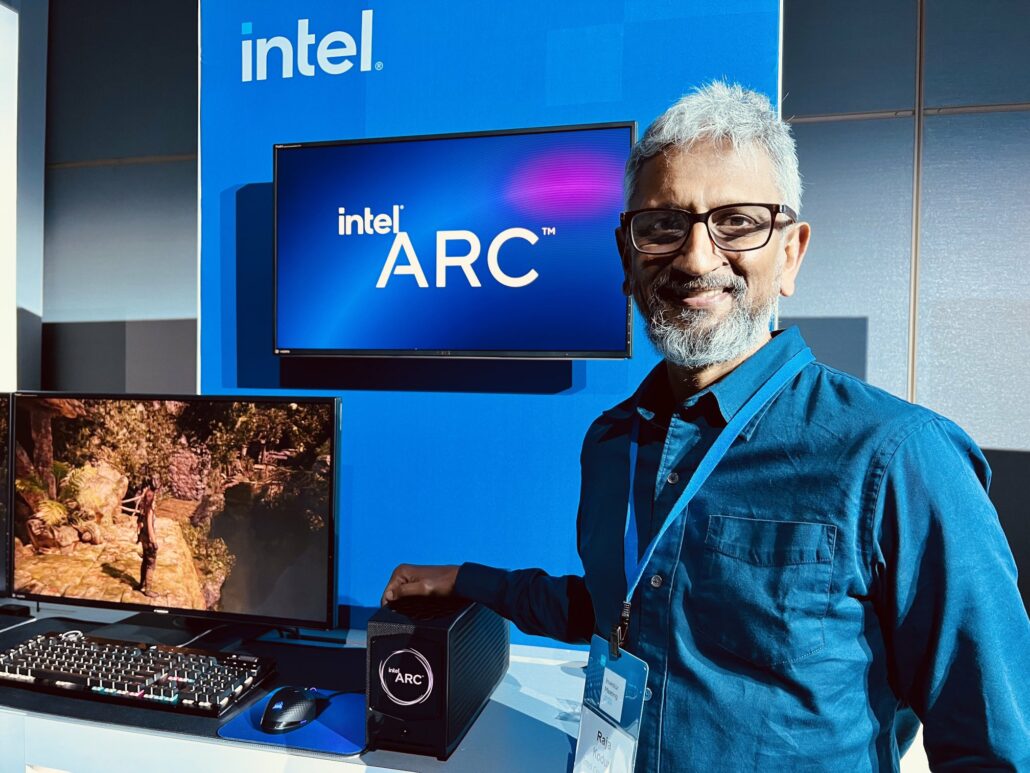 Users should anticipate Intel to offer one of two Alder Lake processors for their newest design—the Core i9-12900 or Core i7-12700 processors. However, if the company decides to ship the NUC 12 Extreme without a processor, it would stand to reason that Intel would do so to support the next processor to arrive, which is Raptor Lake. The benefit to the end-user is that the customer would not have to resolve to replace the entire system and can upgrade the system with new hardware, such as the latest processor, making the NUC 12 Extreme more favorable. 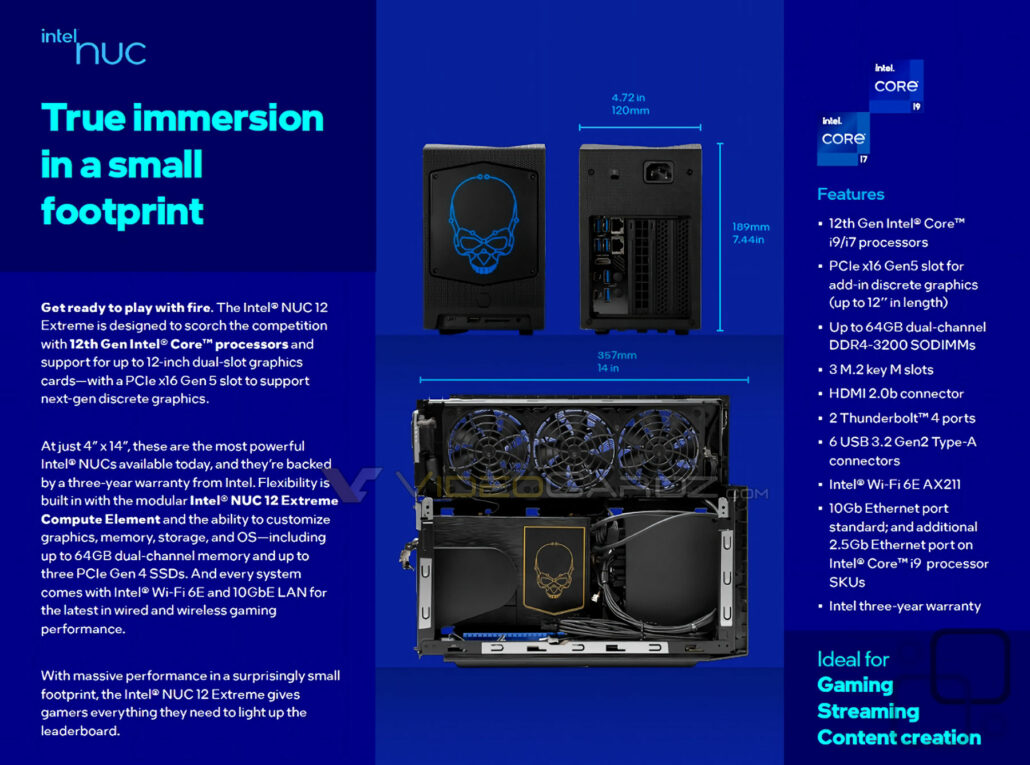 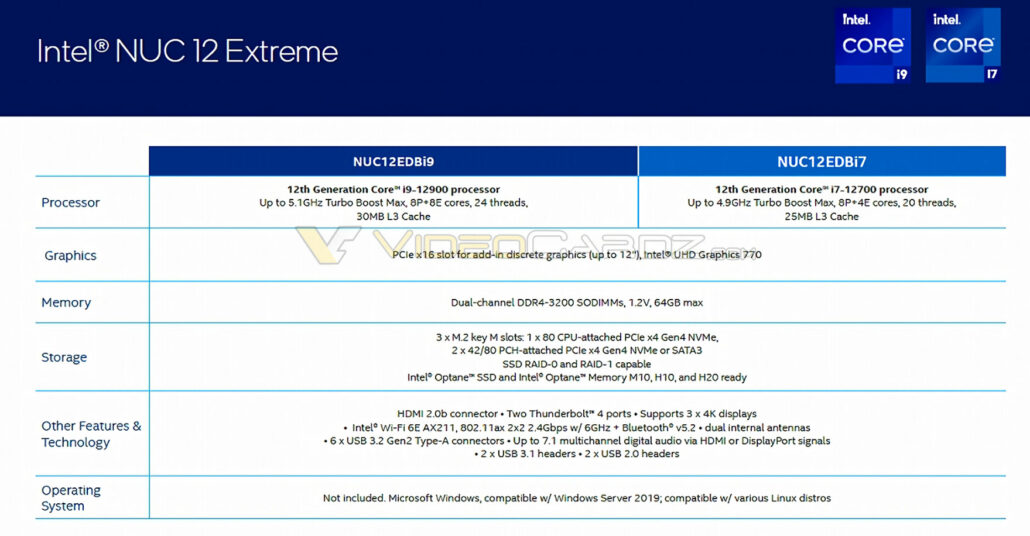 The new NUC 12 Extreme will plan to deliver speedier 10GbE, which is an improvement over the NUC 11 Extreme's 2.5 GbE. Intel's most recent NUC series will offer dual Thunderbolt 4 connectors while remaining limited to a single HDMI 2.0b output. The display output will utilize the integrated Alder Lake Xe-LP graphics, allowing consumers to continue to connect dual-slot discrete GPUs and use more state-of-the-art connectivity alternatives.

The Intel NUC 12 Extreme does not employ DDR5 memory tech but leans towards using the DDR4-3200 norm with 64GB of memory capacity. Those are identical specs to the NUC 11 Extreme. The new device does not offer memory upon purchase. However, tracking down DDR4 SODIMM memory modules is more accessible to acquire than before.

Twitter user @momomo_us uncovers retailer listings for the NUC 12 Extreme in US and EU currencies. With this new information acquired, we now see that the next-gen NUC 12 Extreme will be 18-25% increased in price than the previous Intel 11th Gen Beast Canyon systems. Consumers can expect to pay either 1181€ or $1514 for Intel's Core i7 variant or 1401€ ($1174) for the company's Core i9 model.

During CES 2022 earlier this year, Intel introduced the breakdown of components for the NUC 12. Intel has only unveiled the NUC 12 Compute Element with the preliminary designs. 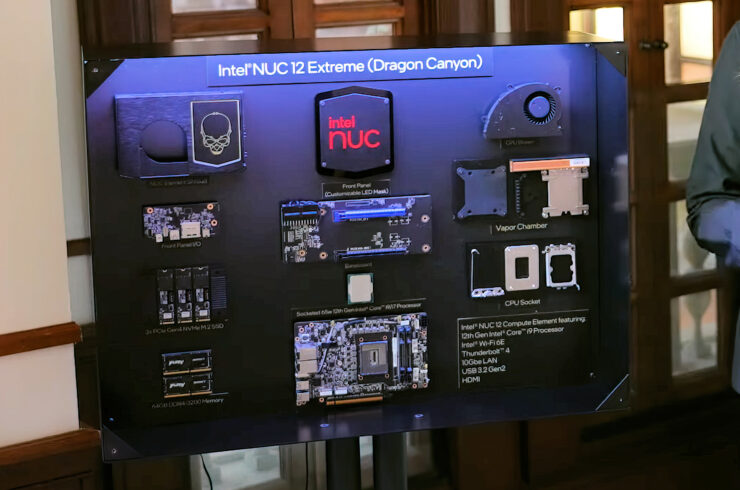 At Intel's Investor Meeting, Raja Koduri teased the current NUC 11 Extreme 'Beast Canyon' system with the Intel ARC Alchemist discrete GPU so we can also expect the same graphics cards to power the upcoming NUC series too. Intel has no official launch date for the new NUC 12 Extreme Dragon Canyon SSF PC as of yet but the company has ensured the launch towards the tail end of this current quarter.