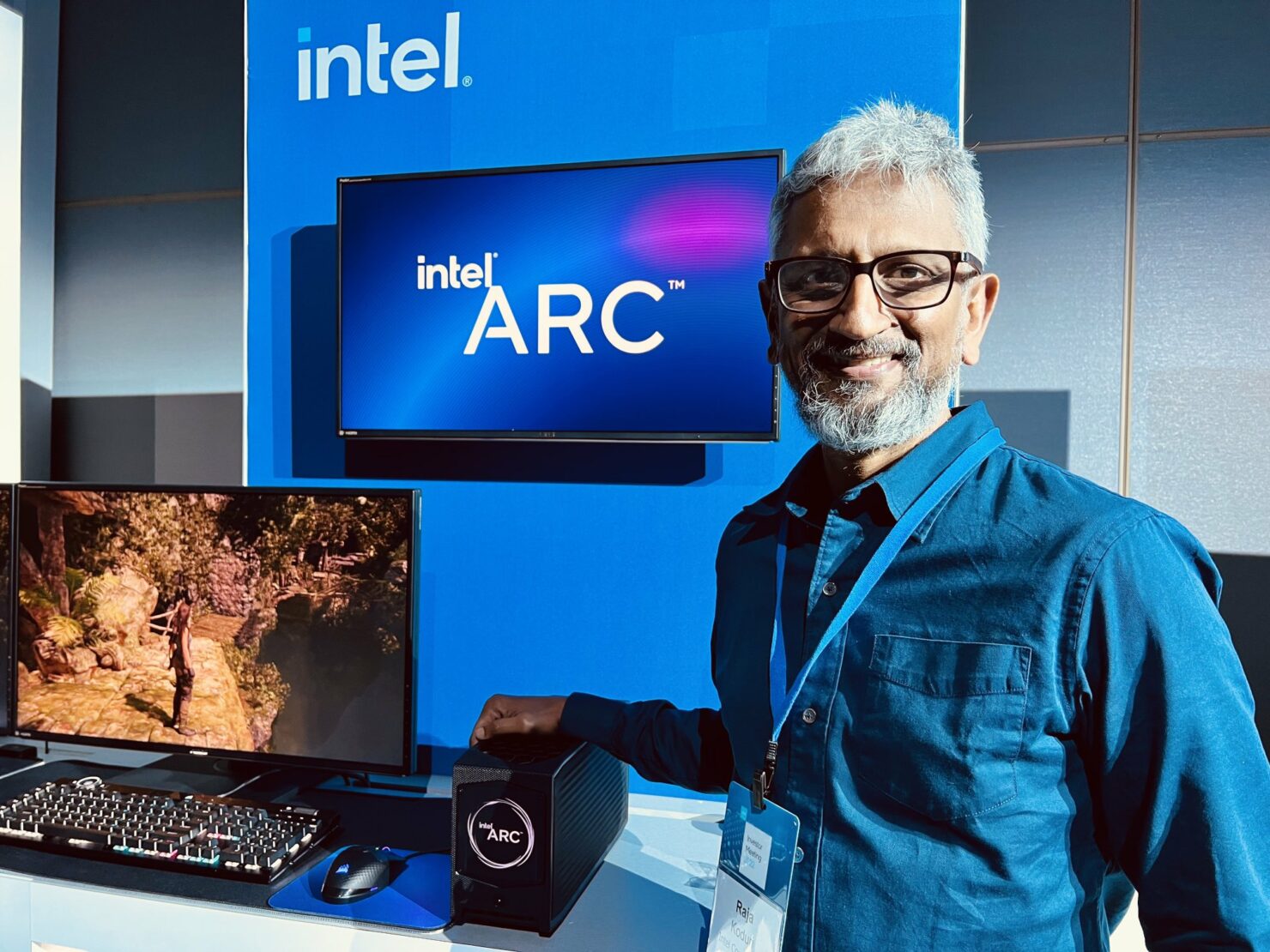 The Intel NUC Extreme 'Beast Canyon' is one of the most powerful SFF PC that one can get, offering support for desktop-grade 11th Gen Tiger Lake Desktop 'KB' CPUs and support for full-length graphics cards. We have our own review of the NUC Extreme coming in which we have utilizing NVIDIA's RTX 3080 Ti Founders Edition graphics card, the fastest solution that you can fit inside the SFF PC but Intel seems to have its own discrete graphics solution, Arc Alchemist, running within prototype builds as showcased by Raja Koduri.

Previously, Raja Koduri, in a live interview, revealed that he already had an early Arc Alchemist GPU running within his home PC. Now, Raja has teased the first NUC Extreme 'Beast Canyon' unit with their own Arc Alchemist graphics card. It isn't stated which graphics card variant was running within the test unit but it can be seen running Shadow of The Tomb Raider with the company's XeSS AI-assisted supersampling technology. This confirms that Shadow of The Tomb Raider will be among the several titles that will utilize Intel's XeSS technology.

The Intel NUC Extreme 'Beast Canyon' enclosure can fit in full-length graphics cards up to 12-inches and features two 8-pin power connectors that provide juice to the discrete graphics card. It's quite a stuffed PC and makes use of several riser cards which connect the NUC 11 Compute Element AIC that has the LGA 1200 socket for Tiger Lake CPUs and an additional riser that connects to the dGPU that users want to equip. 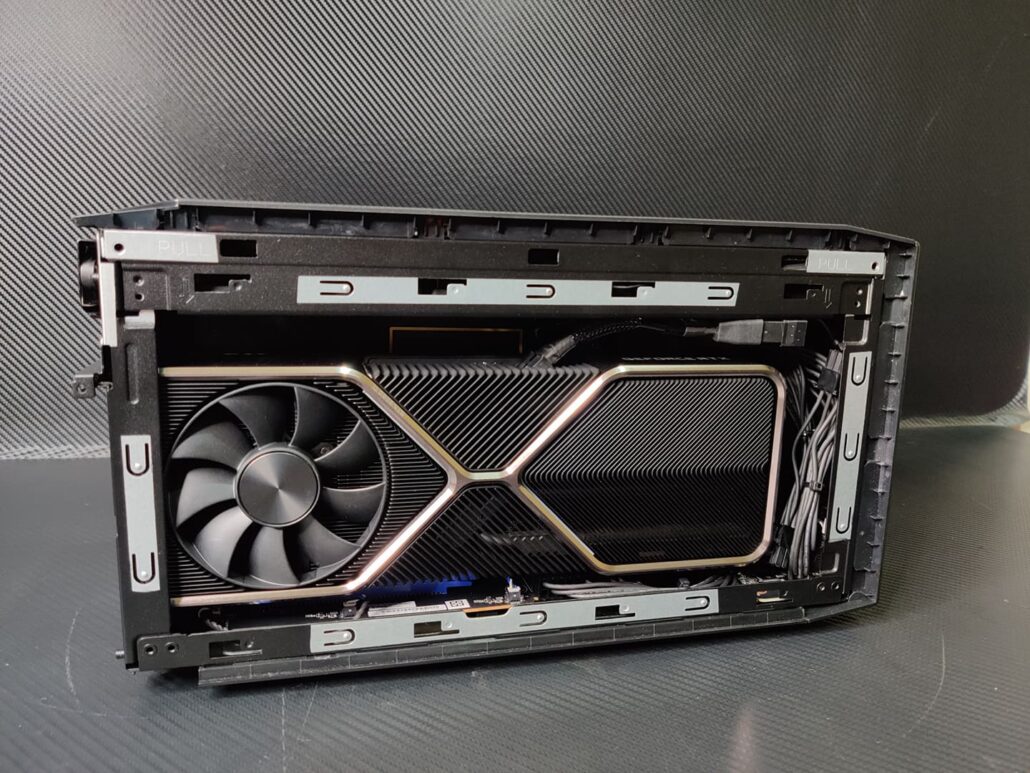 Intel also has its NUC 12 Extreme coming to the market soon which is codenamed 'Dragon Canyon' and will feature support for 12th Gen Alder Lake CPUs (in socketed form factor / LGA 1700) and will also make use of Arc Alchemist discrete GPUs. More on that here. Intel has confirmed that it will be bringing desktop discrete Arc Alchemist graphics cards to store shelves in Q2 2022 so we are going to get more info on the cards in the coming months.