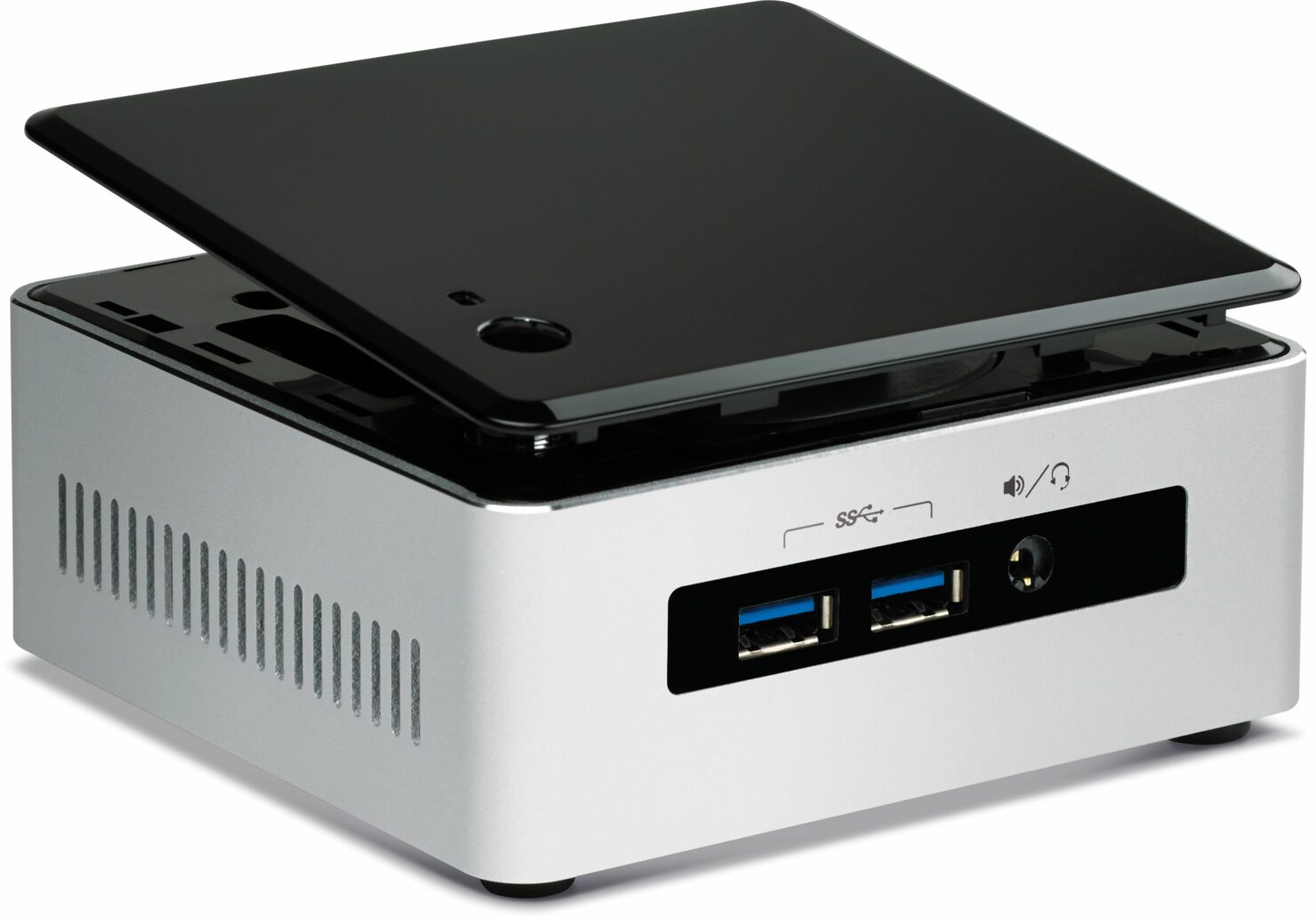 To attract a large number of tablet and 2-in-1 manufacturers, Intel has at least two new processor families all set to launch this year, which are the company’s 7th generation series of chips codenamed Kaby Lake, which will act as the successor to the company’s 14nm Skylake processors.

Kaby Lake is going to be incorporated inside notebooks, desktops, and high-performance tablets, while the other family of chips based on the firm’s Apollo Lake architecture are going to replace the company’s Braswell series of processors. Now, the NUC specifications of chips present inside compact machines have been leaked, suggesting that powerful and efficient machines are going to be announced in the near future.

Fanless Tech has provided us with an NUC roadmap detailing the first family of Apollo Lake NUC chips that can be expected by the end of 2016. However, those who do not intend to purchase a Skylake chip and want to get straight on the action with a Kaby Lake processor will have to wait patiently until early 2017. Aside from this, it also looks like the Intel will continue to provide us with NUC units sporting Skylake and Braswell processors.

The company’s recently launched Skull Canyon NUC, which featured featuring a Intel Core i7 Skylake-H processor coupled with Iris Pro graphics have remained on the roadmap through the end of 2017, and beginning of 2018. After the official announcement of Kaby Lake and Apollo Lake, it looks like machines sporting Skylake and Braswell chips could be offered at a smaller price tag in order to make that purchase appear more viable to the consumer. 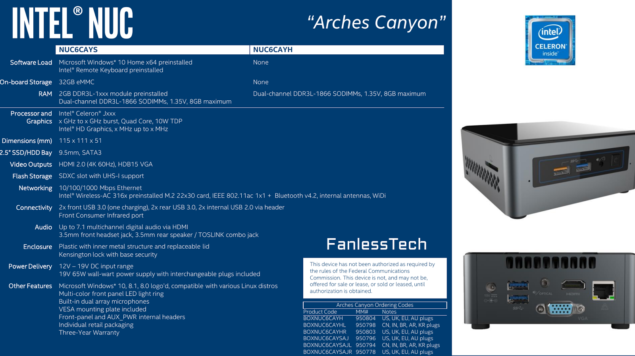 As for the NUCs featuring the advanced chips, Arches Canyan is an Apollo Lake NUC that features Intel’s new Celeron processor and will possess a 10 watt quad-core processor inside an enclosure that measures 4.5″ x 4.4″ x 2″. Though the power consumption of the quad-core chip will be higher than that of the 6W Braswell chip, it will be able to deliver the much needed edge in several multitasking scenarios. The remaining of the specifications have been listed below: 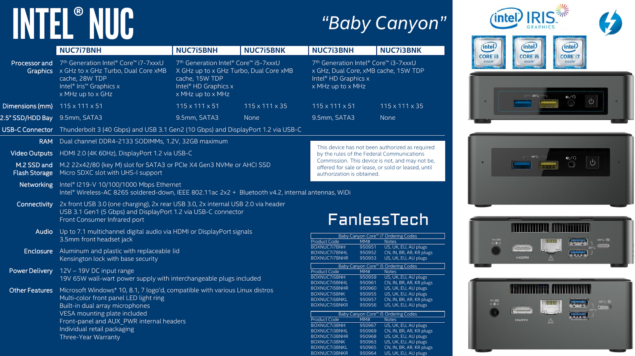 The Kaby Lake NUC is being called Baby Canyon, and potential buyers can choose their configurations in the Core i7, i5 and i3 processor models. The most spec’d out model will feature a Core i7 processor with a TDP of 28 watts plus Intel’s Iris graphics, while the most efficient Core i5 and i3 will consume 15 watts, and will feature Intel’s HD Graphics. Other important specifications have been listed below: 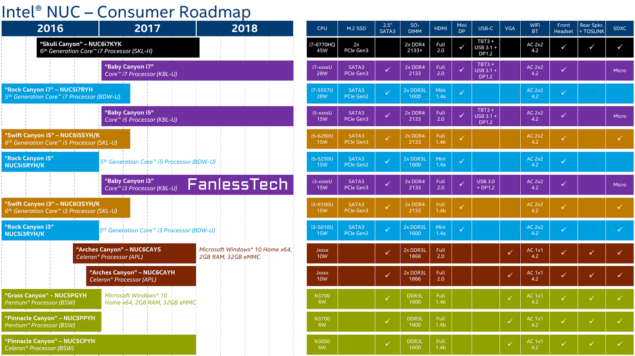 Pricing details haven’t been disclosed as yet, but it looks like by the end of the 2016, we’ll get to know additional details of Arches Canyon, followed by Baby Canyon.