Intel is going to launch their Ivy Bridge-E refresh platform on 11th September this year which would replace the current Sandy Bridge-E processors. We will officially get to see reviews early next month but unofficially, the first review of the Core i7-4930K "Ivy Bridge-E" processor has been published by ChinaDIY.

Images are courtesy of ChinaDIY!

The Intel Core i7-4930K processor replaces the Core i7-3930K featuring a new 22nm architecture over the 32nm Sandy Bridge-E. Ivy Bridge itself doesn't comes with any significant changes over Sandy Bridge but the new 22nm process design proves to be much more power efficient. The Ivy Bridge-E processors would remain compatible with current LGA 2011 socketed motherboards featuring the X79 chipset. Users would require to install the latest BIOS for their motherboards for full compatibility with the new processors.

Going into specifications, the Core i7-4930K features 6 cores and 12 threads with 12 MB of L3 cache and a 130W TDP package. The Core i7-4930K is clocked at 3.40 GHz base and 3.90 GHz with Turbo boost 2.0. The processor that was tested by ChinaDIY is an engineering sample but considering the time left in the launch, this is almost representative of the final performance which the Core i7-4930K would feature. A few ups and downs might show up with the retail chips aside from which the overall performance would remain the same. You can check out the complete specifications of Intel's Ivy Bridge-E lineup below:

The performance was measured with a test setup that included the MSI X79-GD45 Plus motherboard, Galaxy HOF-1200W PSU, Dual GeForce GTX 780 HOF (SLI) Graphic cards and a Prolimatech Armageddon (Blue Series) cooler which is an enthusiast grade setup. It was noted that after the BIOS upgrade, the motherboard allowed PCI-e 3.0 functionality. This was previously been unavailable on Sandy Bridge-E CPUs but Ivy Bridge-E enables it.

Also it looks like the first batch of Ivy Bridge-E processors would feature limited overclocking since ChinaDIY only got the processor to run at 4.5 GHz max overclock with a voltage of 1.272V.

While Ivy Bridge-E is scheduled for early September as confirmed in today’s report, Intel’s next generation was also leaked as the Haswell-E HEDT platform codenamed “Lituya Bay” which would arrive in second half of 2014.

Haswell-E chips would be based on the 22nm architecture and remain compatible with LGA 2011 socket however a new X99 “Wellsburg-X” chipset would be implemented on the next generation motherboards which would allow for native DDR4 memory support. You heard it right, Haswell-E would be the first HEDT platform by Intel to bring DDR4 memory support and feature upto 8 cores and 20 MB of L3 cache. More details can be found here.

ChinaDIY also got the processor upto 4.8 GHz with the MSI XPOWER II board but only with LN2 cooling, the results of the performance at stock and overclocked frequencies can be seen below along with temperatures, power consumption charts.

For a more detailed preview at the Core i7-4930K processor, visit ChinaDIY! 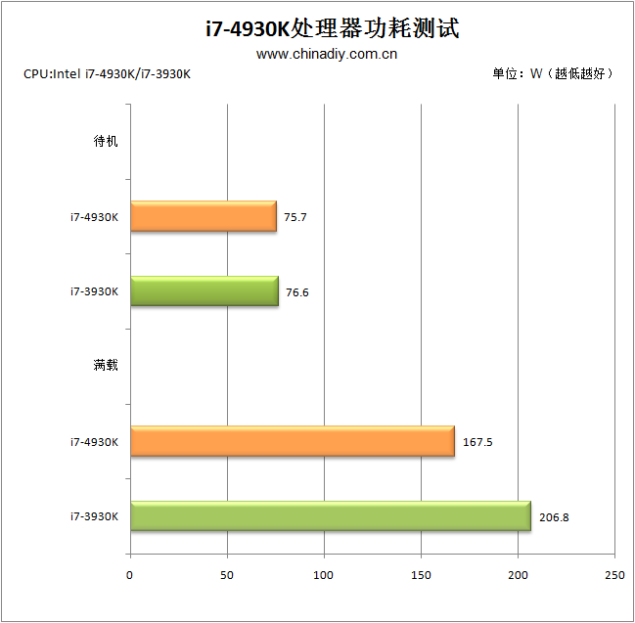