Intel has expanded its Haswell CPU lineup with new desktop and mobile products featuring the 22nm Haswell architecture that debuted three months ago during Computex 2013. The lineup includes a total of 18 desktop processors falling under the Core, Pentium and Xeon brands and 24 new mobile processors falling under Intel's Celeron, Pentium and Core brands. 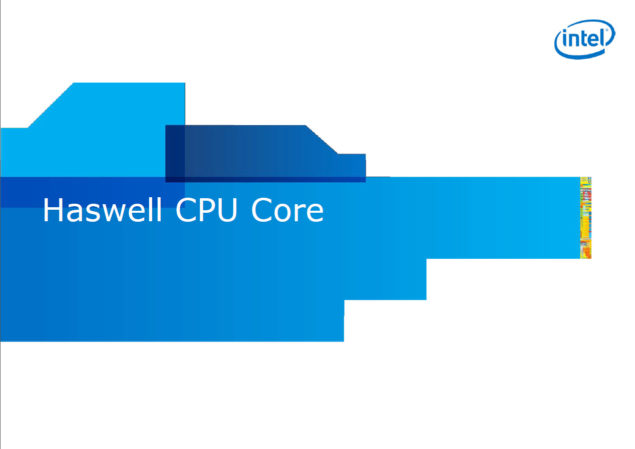 Both the Celeron and Pentium lineups have also been expanded with price ranging from $42 of the cheapest Celeron G1620T and $86 of the most expensive Pentium G3430. Both the Celeron and Pentium chips feature the older Intel HD Graphics core. The most significant additions to the new lineup are the Core i3 processors features the full Haswell architecture and GT2 graphics core (HD 4600 / HD 4400) retailing between $122 - $149 US. The lineup also includes a few Core i5 processors and the new Xeon E3-1220L v3 which is a 13W dual core processor priced at $193 US. Complete specifications and details can be seen below in the chart (Courtesy of CPUWorld):

Aside from the desktop lineup, Intel's Haswell CPU Mobile lineup has also seen an addition of 24 new processors under the Celeron, Pentium and Core series branding. The Core i7-4950HQ is replaced by its successor, the Core i7-4960HQ which retails at a price tag of $657 US with 2.6 GHz base and 3.8 GHz Turbo clock speed, 6 MB of L3 cache, 47W TDP and a GT3 Iris Pro HD 5200 graphics chip clocked at 1300 MHz.

The lineup also includes the 15W Core i7-4600U and 11.5W Core i7-4610Y processors while the bulk of the lineup is made up of Core i5 and Core i3 processors as detailed in the chart below (Courtesy of CPUWorld):