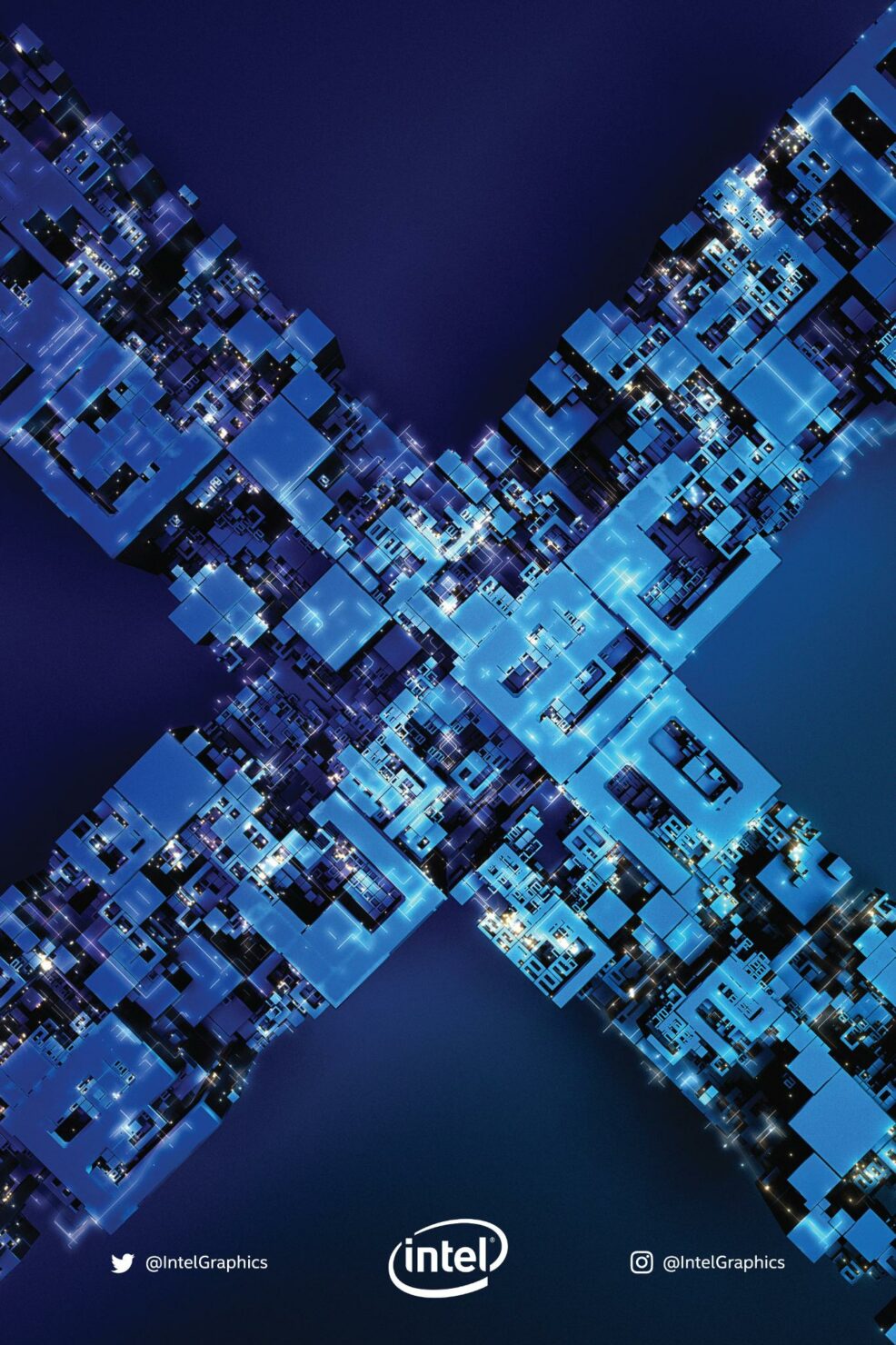 Intel has just wrapped up their conference at GDC (Game Developers Conference) where they made a couple of high-profile announcements concerning their graphics development and 9th Generation CPU lineup.

So coming to the announcements, the main highlights were the product announcements which include the launch of the new Graphics Command Center and the 9th Generation notebook high-performance parts.

The Intel Graphics Command Center was teased being teased by Intel for quite some time and is the result of the ongoing effort to strengthen the graphics division by offering consumers the best software support on their existing and future line of GPUs based around the Gen 11 and the Gen 12 architecture, the latter of which will be featured in the Xe graphics card lineup around 2020. So starting off with the Graphics Command Center which Intel states is said to offer a much-improved graphics experience which is both simple in terms of use and also has all the necessary features to make it useful to users.

Certain features of Intel's Graphics Command Center include an intuitive design which is modern and simple, 1-click optimization support for many gaming titles and explanation of each individual graphics feature through the use of before and after images. I think it's clear to say that the Intel design team has taken much consideration from existing control panels from NVIDIA (GFE) & AMD (Radeon Settings).

It's nice to see Intel finally having a solid tool of their own which is now available as an early access release with support for CPUs starting from the 6th Gen Skylake and up (Gen 9 & Gen 9.5). The Intel Graphics Contol Center is downloadable via the Microsoft Store as opposed to being available alongside the graphics drivers which is the usual way NVIDIA and AMD handle their control panels by bundling it in the main graphics driver and allowing users to opt whether they want to install them or not. If you are running an Intel Graphics chip (Skylake Gen 9/Gen 9.5 or above), then you should definitely try the new Intel Graphics Command Center by getting it off the Microsoft Store here.

In addition to the Graphics Command Center, Intel also showcased their first concept renders of the upcoming Xe GPU based graphics cards. Now we all remember Cristiano Siqueira who was responsible for creating some stunning concept designs of the upcoming Xe GPU shrouds. It looks like Intel is taking in a lot of feedback from their fans and community which is what the Odyssey is all about, to help the company’s GPU and graphics building efforts by getting direct feedback from the community. 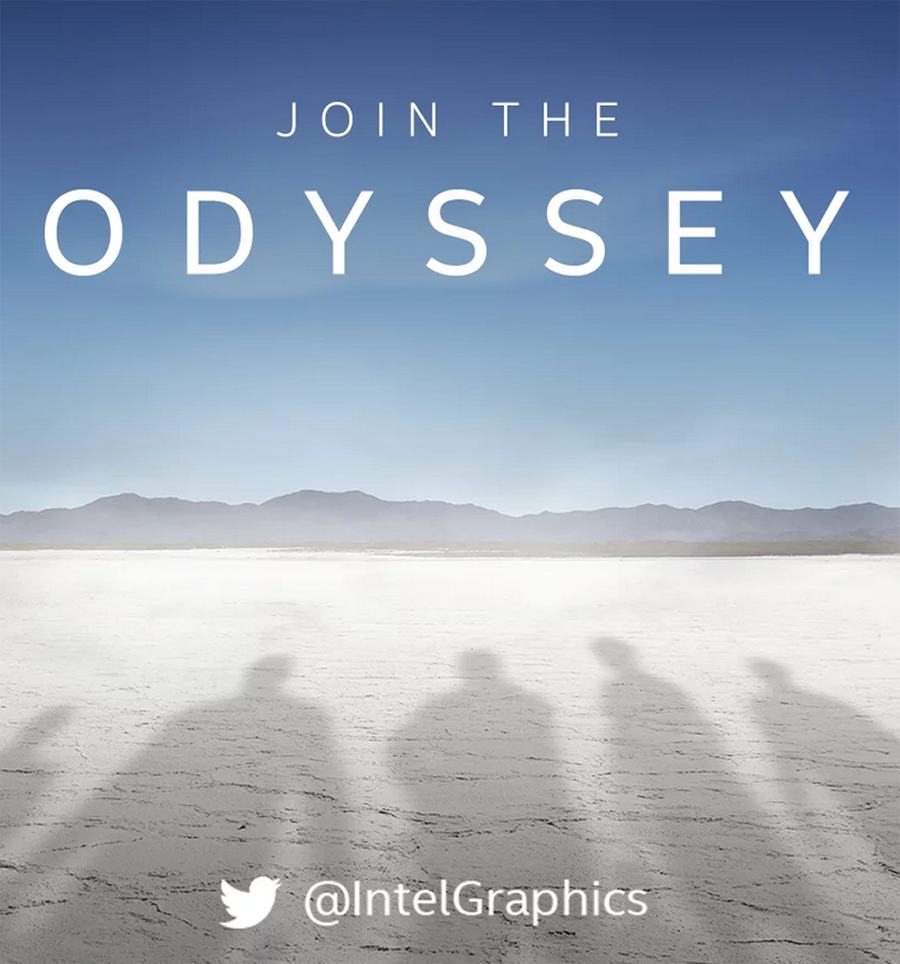 Now we already saw some cool design concepts earlier and Intel has a few new ones to share that are also submitted by fans. While we saw some high-end design renders which were similar to the shrouds Intel used on their Optane add-in-cards, the new ones are more akin to entry-level design with much smaller shroud footprints and a dual slot form factor.

Labeled as Intel Graphics Xe, the new shroud concepts look absolutely stunning with the similar Optane shroud treatment and a single blower type fan cooling the card. The back of the card is enclosed by a backplate which looks great and we can also see the Xe logo on the sides which could feature RGB LEDs. 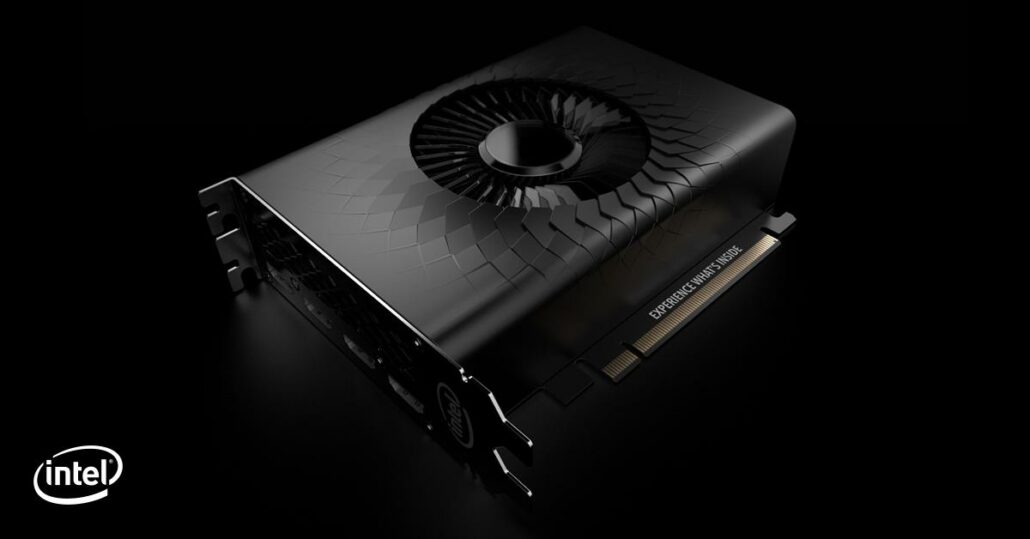 The other entry-level concept shown is more reminiscent of a traditional blade fan design with a solid aluminum housing and a nice texture around the single fan which is centered on the shroud. Of course, these are just concepts submitted by fans but it would be great seeing these come to life when the Xe graphics cards finally hit the market sometime in 2020.

Intel getting its new shrouds together at #Odyssey. pic.twitter.com/bWPYesCIkb

Also, much thanks to Kyle Bennett (ex HardOCP Editor in Chief and Currently over at Intel as the Director of Enthusiast Engagement for Intel's Technology Leadership Marketing Group) for sharing these awesome shots of the concept designs.

In addition to all the software talk and graphics card concepts, Intel has also revealed some details of their upcoming Gen 11 GPU architecture which will be arriving this year on Ice Lake-based CPUs. According to Intel, the Gen 11 graphics will be based on the 3rd Generation, 10nm FinFET process node and would support all major APIs such as DirectX, OpenGL, Vulkan, OpenCL, and Metal. The key features of the Gen 11 graphics would be to enable significant performance per watt uplifts to Intel's graphics architecture by offering a solid design built from the ground up.

Looking at the SOC design, the Gen 11 graphics core would be taking up the majority of space when compared to the CPU cores and LLC (Last Level Cache). The chips would be interconnected via the SOC ring interconnect. Intel is utilizing their Slice architecture design and calling it an evolution from the previous graphics architectures. The Gen 11 Slice is made up of various sub-slices that include up to 8 EUs and 3D fixed function geometry while the slice as a whole includes the L3 cache and the render pipeline.

Finally, Intel has also announced that they will be introducing their 9th Gen, high-performance notebook processors. On their way to shelves in the second quarter of 2019, the new processors will become the fastest notebook lineup, featuring up to 8 cores and 16 threads. We actually did get some info on these processors a while ago through leaks but Intel is now officially confirming them under the 9th Gen (H-Series) product family. 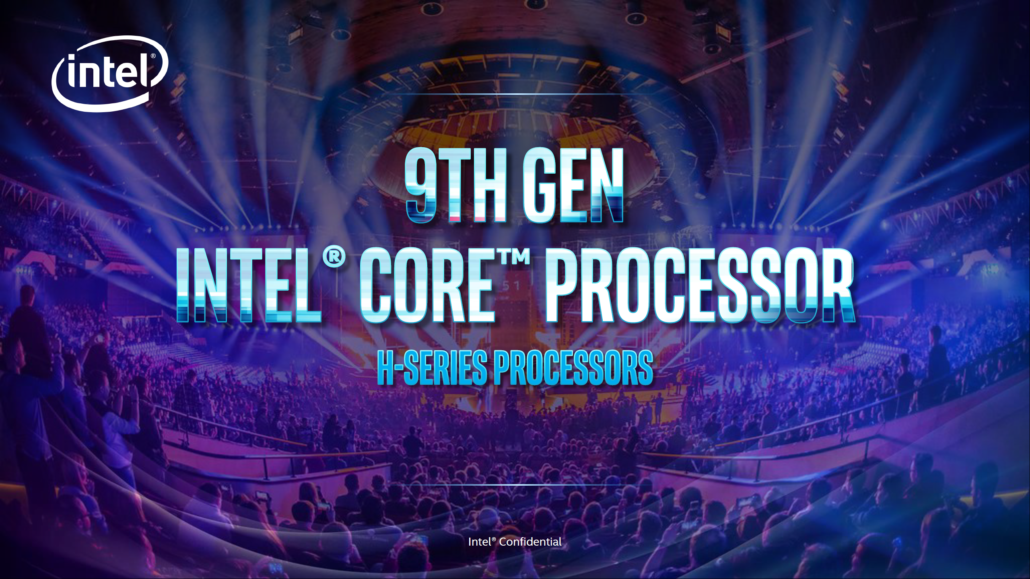 Intel technology has set the pace for gaming and content creation innovation, and Intel will continue its product innovations in PC gaming with the introduction of the new 9th Gen Intel® Core™ mobile (H-series) processors in the second quarter of this year, including the new Intel® Core™ i9 processor. This portfolio of high-performance mobile processors will power the ultimate laptops for gamers and creators.

It has the premium performance gamers need to play and compete with seamless AAA game play while also recording and streaming without compromise. With Intel® Wi-Fi 6 AX200 (Gig+) delivering the latest Wi-Fi technology for fast, low-latency wire-free gaming and Intel® Optane™ memory enabling large capacity and amazing system performance and responsiveness in even thinner systems, Intel is providing a comprehensive mobile gaming platform. More details to come when we launch in 2019’s second quarter.

Intel will have a total of six mobility processors in their 9th Generation Core H-Series family. There will be two Core i5, two Core i7, and two Core i9 models. Currently, these processors look like they would offer higher cores and clocks compared to their predecessors which is exactly what we got on desktop platforms. All SKUs have the same architecture as Skylake which was slightly tweaked over many variations since launch (Kaby Lake, Coffee Lake, Coffee Lake-R).

The flagship model of the lineup is the Core i9-9980HK which will be the fastest of the pack with 8 cores and 16 threads. The chip will run at clock speeds of up to 5.00 GHz while featuring 16 MB of L3 cache. The other Core i9 chip is the Core i9-9880H which will also feature 8 cores and 16 threads but with slightly lower max clocks of 4.80 GHz. The difference will be that the Core i9-9980HK will be fully unlocked, allowing users to overclock. How much the chip would overclock would entirely depend on the notebook itself as to whether it can provide sufficient cooling to the chip and don’t lead to any thermal or power throttles.

Overall, these are all very solid announcement from Intel for GDC 2019 who are on course to announce their first proper GPU architecture and products in the coming year. We are looking forward to seeing what Intel has in bags for the entire gaming community ranging from entry-level and all the way up to the enthusiast parts.