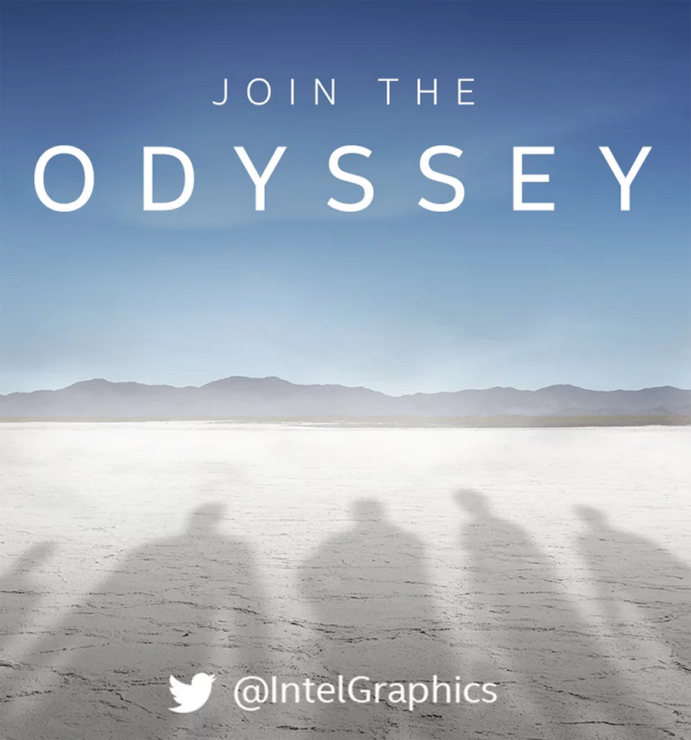 Intel plans on entering the discrete GPU market sometime in 2020 and it's clear that they want to make a big splash because they have been doing things very differently so far. The Odyssey is a new program that the company launched formalizing the channels of communication between the community and Intel's development leaders. There are multiple events planned as well for the same purpose.

Blue wants to build a GPU that the community wants - and for that, it wants to know what the average enthusiast, well, wants and that's where The Odyssey comes in.  It seems to be a way to help the company's GPU building efforts by getting direct feedback from the community. They have already made headway into some of the major requests raised at their last AYA by their new Linux 3D Mesa stack, which is probably one of the fastest turn-around times I have seen in this industry.

The Odyssey is built around a passionate community, focused on improving graphics and visual computing for everyone, from gamers to content creators. And we want voices like yours to help guide us.

We’re committed to listening to the community, and in return you will get closer to the inner workings of visual technology development than ever before.

You’ll hear the latest reports first and you’ll have access to some amazing offers and exclusive giveaways. The Odyssey is about how we’ll work together to build the visual computing solutions you really want.

You also have the opportunity to receive the Intel Gaming Access newsletter which gives gamers a VIP pass to killer deals and freebies, preferred beta access, the latest gaming news, and more.

Fill out the form to Join the Odyssey and help guide the future of graphics and visual computing.

After signing up, users will be granted access in the form of an Intel Gaming Access newsletter that gives gamers a VIP pass to killer deals and freebies, preferred beta access, the latest gaming news, and more. So if you can help Intel build a better GPU, not only will you get a better product, but you can win a trip to these events or other free stuff (giveaways are part of the equation too).

The events in question are happening in a lot of locations around the world including the US and EU. Taipei, Taiwan, the famous destination for Computex is also included.

You are essentially going to be getting a peak behind the curtain as one of the chip giants build their new GPUs. Needless to say, this will increase the expectation of the community for the company to deliver a solid product - and this is exactly what Intel wants. Increased attention in the development stage means increases attention to the delivered product which is why I find this incredibly exciting.

I have already talked about how Intel is doing something very different with its PR and community feedback exercise and the eyes will be on Intel to deliver on the monumental promises it's making. The company plans to start small with an integrated GPU that will offer casual gaming performance and eventually make its way to mainstream discrete graphics. It goes without saying that it would be unreasonable to expect their first card out of the door a TITAN-slayer, but the 2nd or 3rd? It just might be.