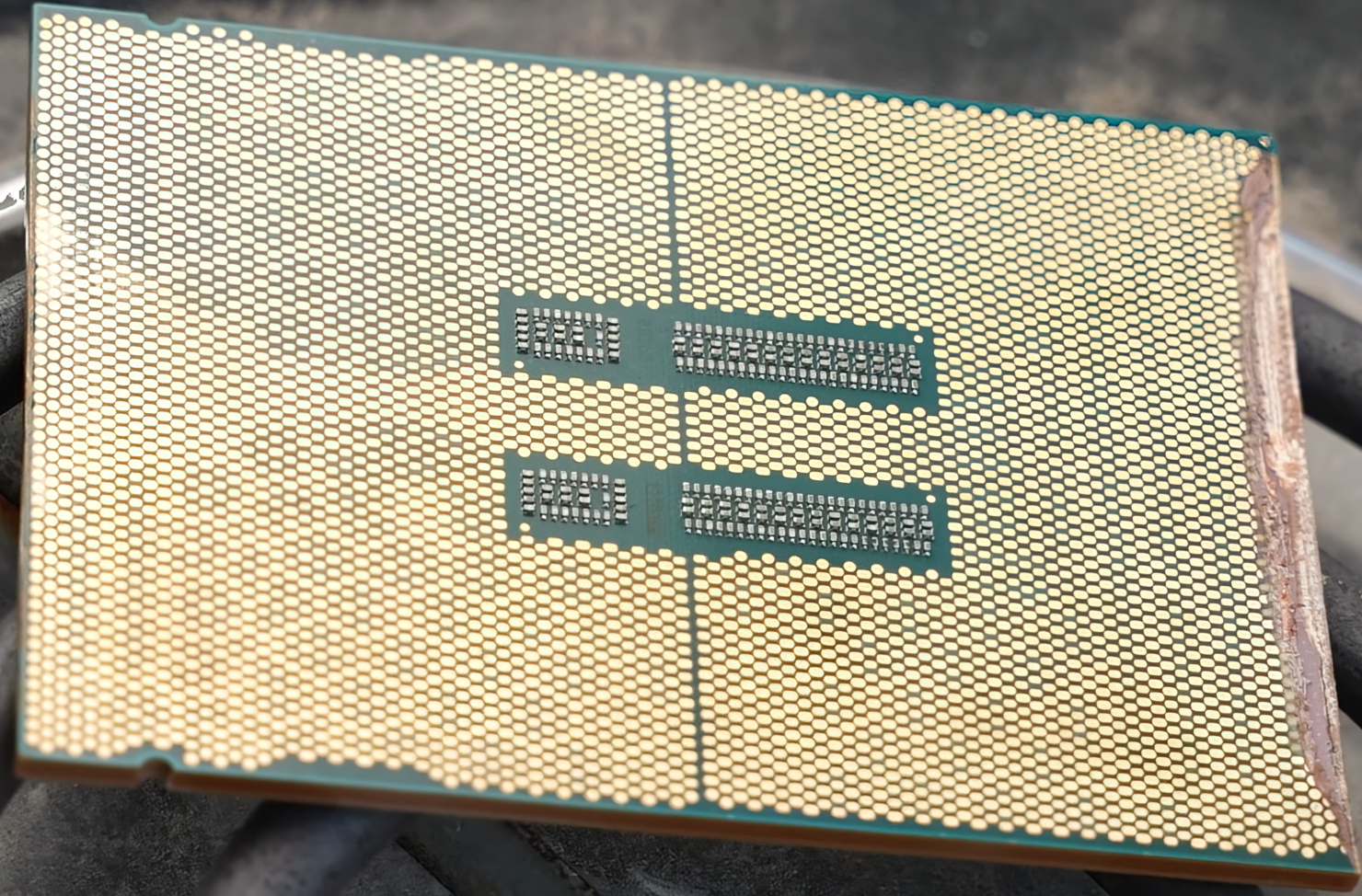 The latest information regarding Intel's Fishhawk Falls HEDT platform which will feature Sapphire Rapids-X 'Xeon-W' CPUs has been leaked by Moore's Law is Dead. The new information adds more details regarding the two segments that will be featured within the lineup, the first being the Xeon-W mainstream and the second being the Xeon-W expert platform.

Intel Sapphire Rapids-X 'Xeon-W' For Fishhawk Falls Platform To Come In Two Flavors:  24 Cores at 5 GHz For Mainstream, Up To 112 Cores With 8-Channel Memory For Expert

The last time we talked about the Sapphire-Rapids-X 'Xeon-W' lineup, there were still a few missing bits and pieces but it's all coming together thanks to the latest leak from Moore's Law is Dead. The TechTuber was able to reveal a bunch of new details while also reaffirming some older details and how they will pan out on the new Fishhawk Falls platform.

So first of all, Intel is dropping the 'Core-X' series branding from its lineup and instead going with the 'Xeon-W' branding. This is a similar approach to AMD which has also dropped the traditional Ryzen Threadripper naming and instead gone with the 'Pro' branding across all of their SKUs in the Zen 3 family. The mainstream family with high-core count chips is what is regarded as enthusiast design but people who really know the HEDT platform will see the upcoming platform as such and not the other way.

Intel is also planning to further segmentize its Sapphire Rapids HEDT platform into two categories, an expert workstation, and a mainstream workstation platform. The expert workstation platform will be succeeding Ice Lake-W Xeon CPUs that launched back in 2020. These will feature up to 56 Golden Cove cores and as low as 12 cores that will boost beyond 4 GHz. It will be a diverse portfolio with lots of SKUs with TDPs scaling up to 350W for the flagship models. As for price, these chips are expected between $3000-$5000 which puts them in the ultra-premium performance category.

The Fishhawk Falls platform is going to be a robust and next-gen ecosystem comprising 8-Channel DDR5-4400 (1DPC) / DDR5-4800 (2DPC) and up to 112 PCIe Gen 5.0 lanes. These will come with ECC support and up to 4 TB DDR5 memory is possible (theoretically). There's also a good chance that we might see dual-socket SPR Expert Workstation motherboards that would boost the core count per platform to 112 cores, almost double the amount featured on AMD's flagship Threadripper, the 5995WX (64 Zen 3 cores). So summing things up:

The second platform is designed to be a more mainstream workstation offering and will replace the Cascade Lake-X and Xeon-W Skylake-X (Xeon W-3175X) chips. These Sapphire Rapids-X CPUs will rock up to 24 cores and 48 threads in a single monolithic design. Clock speeds will be set above 5 GHz (boost) and an all-core boost of around 4.4-4.6 GHz.

The CPUs will end up with around PL1 TDPs of 200 300W TDPs however the top model can end up at around 300-400W PL2 based on its final clock configuration. As of right now, the Core i9-12900KS already has a PL2 rating of 241W so more cores running at higher clocks can lead to over 300W. In terms of performance, the 24 Golden Cove cores are said to easily outperform the 32 core 3970X in multi-threading and we can expect the same against the 32 core 5970X however the top 64-core line is going to be something that only the Expert platform will be able to compete against.

As for the platform, there's support for 4-Channel (EEC) DDR5 support & the number of PCIe Gen 5.0 lanes will drop to 64. The prices will be largely similar to the previous Core-X CPUs so we can expect around $500-$3000 US for these chips. Earlier rumors have suggested that the Fishhawk HEDT family will be based around the W790/C790 PCH but given that there are at least two platforms in the works, there might be a much higher-end PCH SKU. The launch is said to take place in Q3 2022, around the same time as 13th Gen Raptor Lake CPUs, however, Intel might give us a first look at the platform at Computex later this month. Summing things up for the Sapphire Rapids mainstream segment:

In the SKU dissection posted below, there are at least four SKUs & three different platform configs starting with the Sapphire Rapids-SP XCC dies which will be aimed at the server market. These will be the full-blown parts and won't be a part of the Xeon Workstation HEDT family. Then there's the Sapphire Rapids-112L XCC dies which will offer up to 112 PCIe Gen 5.0 lanes and will be featured under the Expert Workstation platform (most likely in dual-socket designs). This is followed by the Sapphire Rapids-SP MCC config which will offer medium core counts but with 8-Channel memory support while the entry-level SPR-MSWS mainstream workstation platform will feature the same MCC die but with 4-channel DDR5 memory support.

From what we are getting, the new Intel HEDT family is going to look like the following:

Now the question remains if Intel wants to call all three families Sapphire Rapids or will the entry-level mainstream lineup be referred to as something else? There's already support for Alder Lake-X added to AIDA64 and the mainstream family does feel more like an upgraded Alder Lake-S rather than a workstation-aimed Sapphire Rapids platform however, the main differentiation between SPR and ADL could be the fact that the latter features a hybrid core design whereas the HEDT family is based solely on the P-cores.