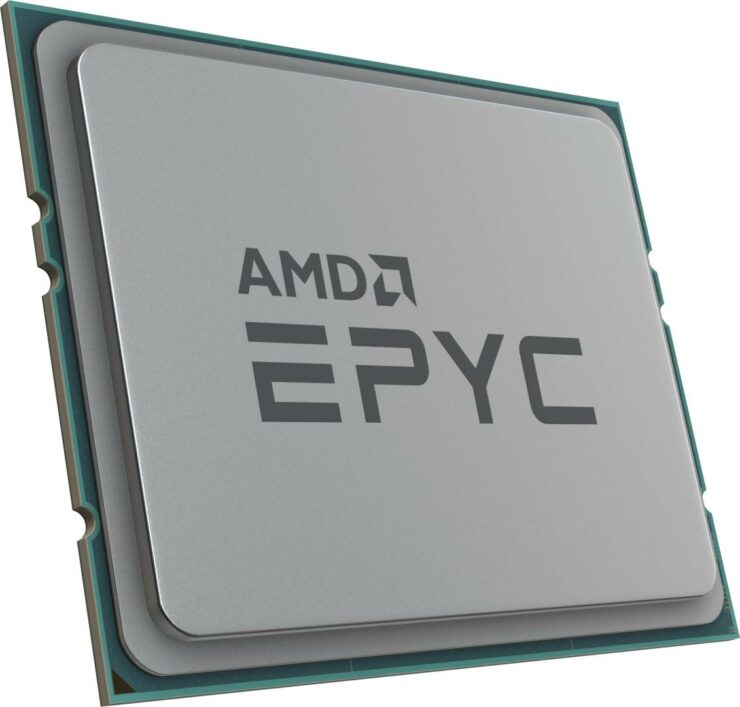 ASUS recently showed a new firmware for the RS700A-E9-RS12V2 1U server, and this update has unannounced AMD EPYC (codenamed Rome) processors, Twitter user @momomo_us first noticed this document. Just like any other EPYC 7002 Series family, these chips utilize the latest Zen 2 microarchitecture and are manufactured at TSMC under the 7 nm FinFET process node. This processor also supports eight channels of DDR4 RAM and provides up to 128 high-speed PCIe 4.0 lanes. 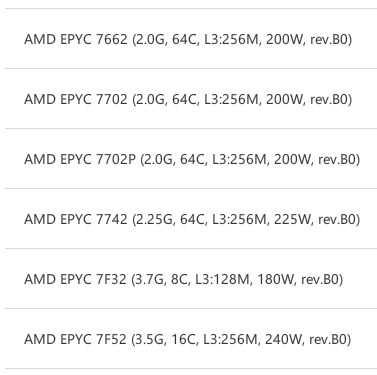 The third unannounced EPYC processor is the EPYC 7F52, this processor has a total of 16-cores, 32-threads and offers a base clock of 3.50, while keeping the same amount of L3 cache. One difference in this chip is that the TDP is higher when compared to the other two processors, this processor's TDP is 240-watts. According to the ASUS' documents, the EPYC 7F52 has double the amount of the L3 cache when compared to the other 16-core processors, the EPYC 7302 being a prime example having just 128 MB of L3 cache.

The firmware that supports the four unannounced EPYC processors is already out, so the processor should be announced very soon. The U.S. retailer Bottom Line Telecommunications already listed the EPYC 7662 and the EPYC 7532 for $6,653.81 and $3,634.77, respectively.