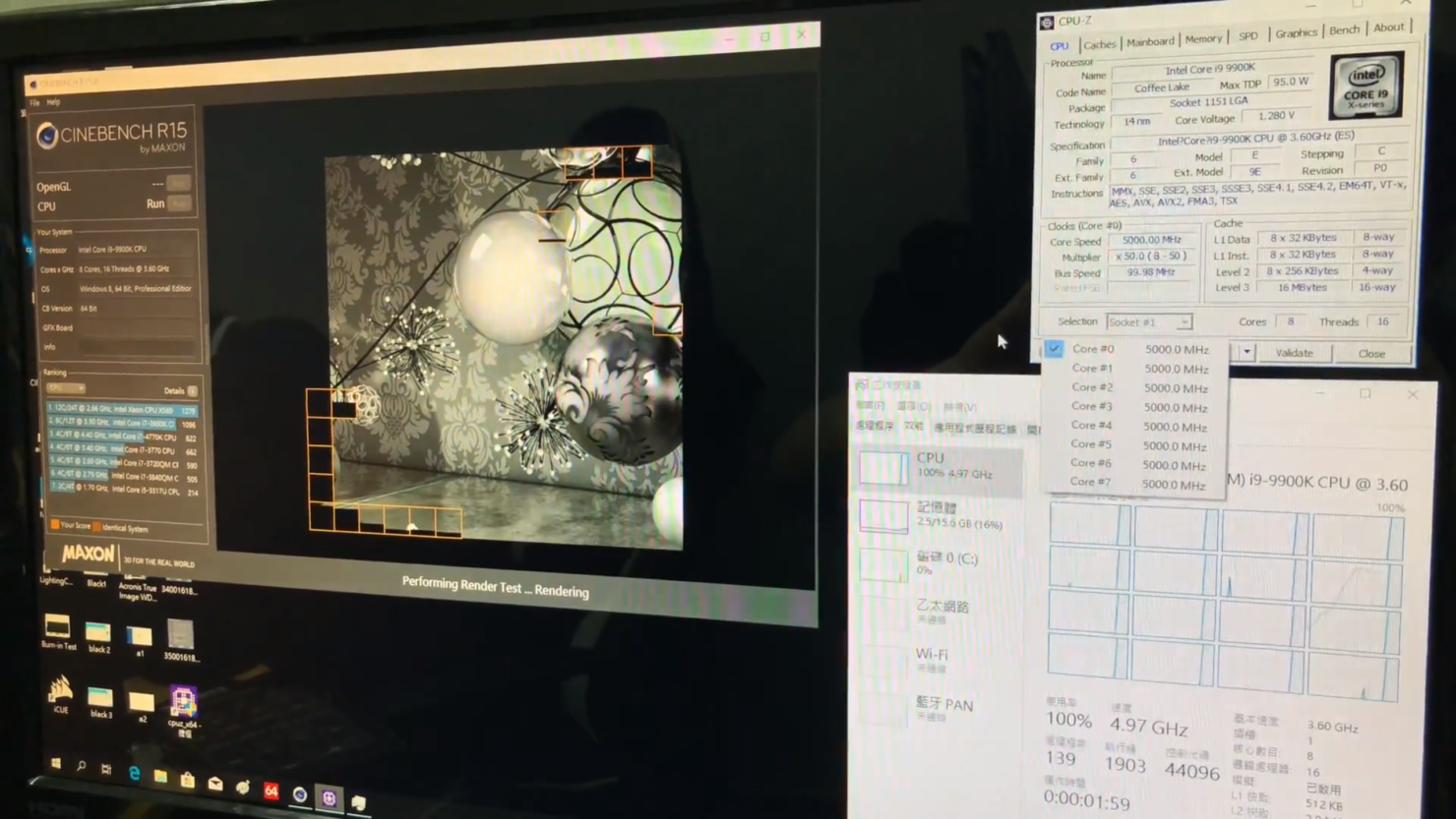 The first performance results of the Intel Core i9-9900K in one of the most popular benchmarks for CPU performance have leaked out. I am talking about Cinebench R15 and the Intel 9th Generation flagship just crushes it with its top of the line multi-core performance with 8 cores and 16 threads.

Intel Core i9-9900K Flagship 8 Core CPU Tested in Cinebench R15, Scores Over 2000 in Multi-Core Test at 5 GHz Without Even Breaking a Sweat

Just a few days ago we got to see the 3DMark Timespy score of the Intel Core i9-9900K and a day before that, we saw many Geekbench 4 benchmarks of the entire unlocked 9th Gen processor lineup. The CPUs are still some time away from their official launch and many reviewers and overclockers already have their hands on the processors and Z390 motherboards. Some of the earlier benchmarks we got to see were posted by motherboard manufacturers themselves who forgot to pull the plug from the internet where the results got listed (accidentally).

Before we talk about the performance results, we should take a look at the Core i9-9900K CPU and its specifications.

The Intel Core i9-9900K is the one of three 9th Generation Unlocked SKUs to feature soldered IHS. (Image Credits: XFastest)

If we compare it with the AMD Ryzen 2700X 8 core, 16 thread processor, we know that it would score around 1700 points in stock and around 1900 points when overclocked to 4.3 GHz across all 8 cores which is around the maximum overclocking potential of the competing chip.

The specifications have been listed, but there's currently no word on the prices which are said to be expected around October, around the same time as the official announcement. Expect more on details regarding the prices and performance of these new 6 and 8 core mainstream parts from Intel in the coming months.