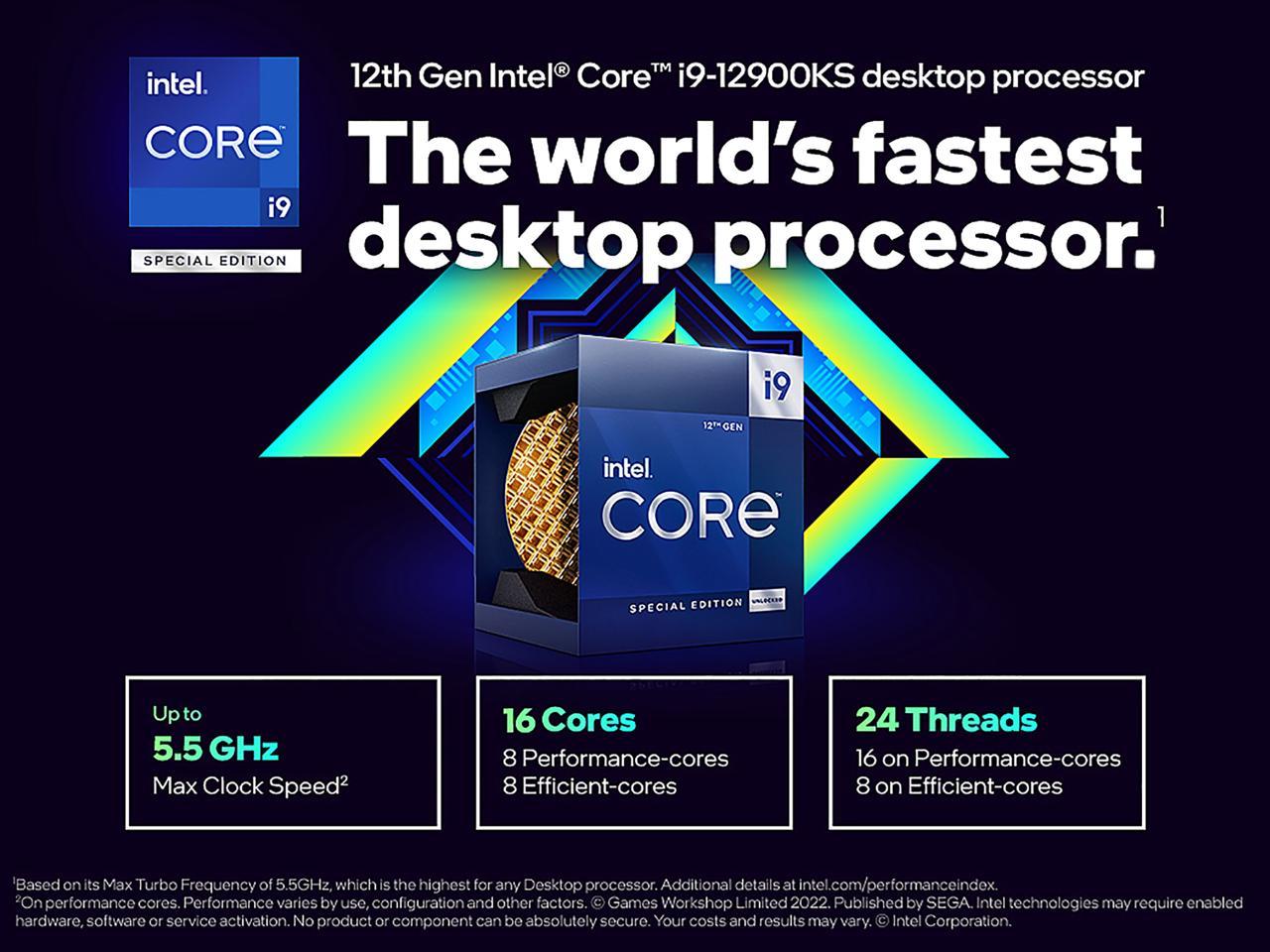 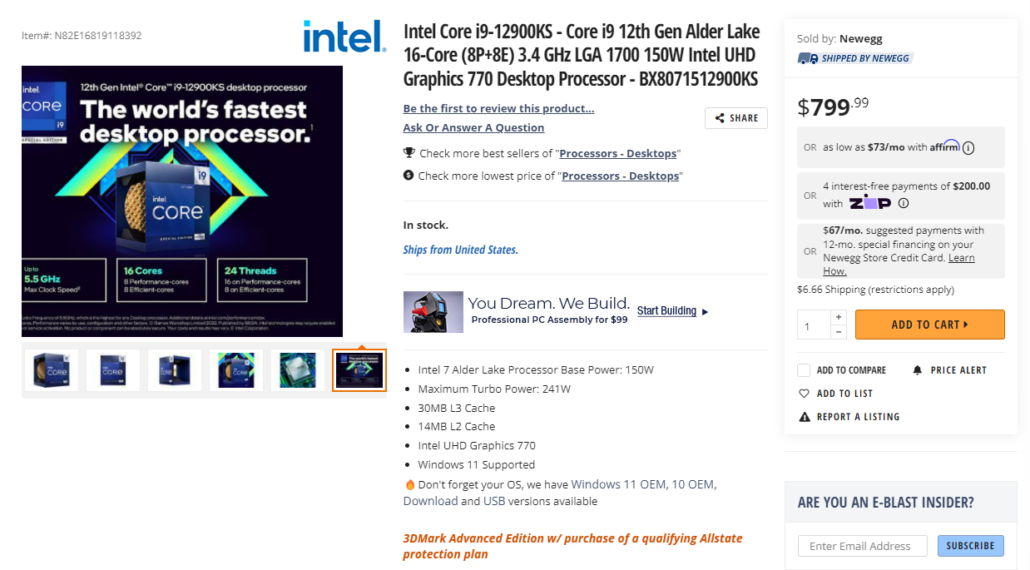 As for pricing, the CPU is priced at the same MSRP as the AMD Ryzen 9 5950X at $799.99 US. Both chips feature 16 cores but the Intel Core i9-12900KS has 24 threads while the 5950X offers a total of 32 threads. The 12900KS does offer higher multi-threaded efficiency and gaming performance will be a huge win for the blue-chip. As for the pricing, while it's high, users can always get the 'K' variant which offers similar performance.

Newegg didn't seem to update its specification page as it still lists down 241W MTP for the chip whereas it should be rated at 260W.