Several benchmark instances of the Intel Core i9-12900K Alder Lake Desktop CPU have appeared within the Ashes of The Singularity Benchmark. Even though AOTS is an old benchmark, the Core i9-12900K appears to be faster than both current-gen Intel and AMD flagship chips.

There have been at least 21 entries that have been spotted by Benchleaks and all of them feature the Intel Core i9-12900K along with 64 GB of memory. Since the benchmark is a bit old by today's standards, it is unable to recognize the proper core/thread count for the Alder Lake CPU which is 16 cores and 24 threads whereas the benchmark reports its as 24 physical cores & 24 logical cores.

The benchmark isn't the best either when it comes to reporting specific clock speeds & all we know is that a GeForce RTX 3080 graphics card was used (not knowing if it was overclocked or not). The only metric that makes sense for comparison within AOTS benchmark is the CPU frame rate & that is what we are going to focus on. Even the CPU frame rate needs to be compared in a benchmark run that used the same settings. 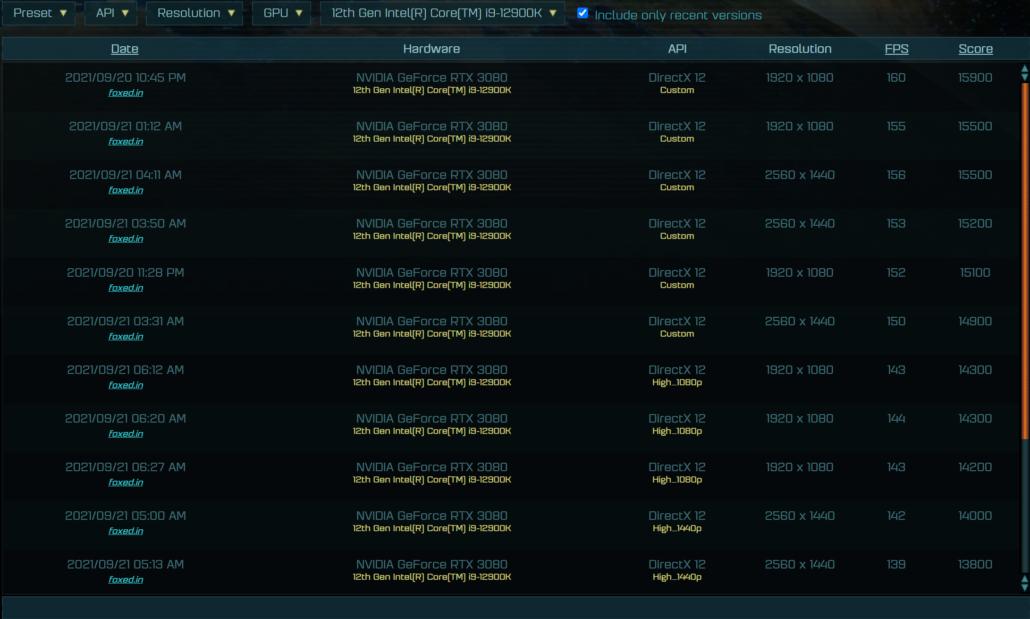 Within the same High (1440p) preset, the Intel Core i9-12900K scores up to 146.6 FPS average while the AMD Ryzen 9 5950X system with a 64 GB DDR4 memory and an RTX 3080 scores 104.6 FPS. The reason for using these two benchmarks for comparison is that all benchmark presets including the version match here.

That's a 40% improvement in CPU performance over the AMD Ryzen 9 5950X & it really shows that the Core i9-12900K might end up being a great chip for gaming though we have to remember that AOTS benchmark tends to offer slightly better performance on Intel CPUs even though its roots go back to the AMD Mantle days when it used to offer much better performance on AMD based CPUs and GPUs. That has changed so we can't take this specific as an absolute measure of Alder Lake's gaming performance. It is better to wait for more detailed benchmarks which correctly show specs and presets correctly.