One particular sample of the Intel Rocket Lake 11th Gen CPU family, the Core i9-11900, seems to be making the rounds in Chinese tech media as several leakers have got hands on it. The newest benchmarks for the CPU have leaked out now by Bilibili (via Videocardz) showcasing a single-threaded lead over the current Intel lineup. 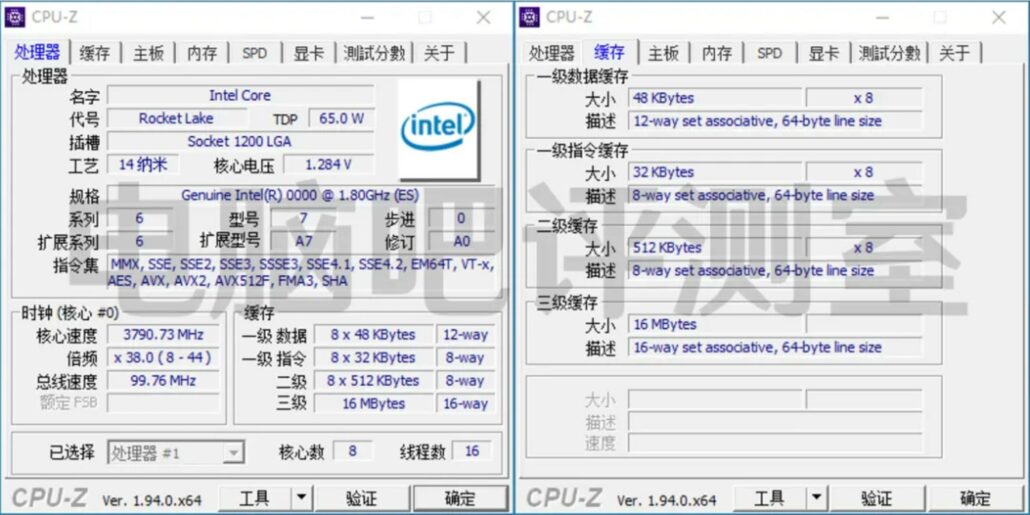 In CPU-z benchmark, the CPU scored 590.3 points in single-core and 5121.7 points in the multi-threaded benchmark. This is a reduction in performance versus the previous scores that we saw earlier and shows that the performance isn't consistent between the samples that are being sent out.

Power consumption figures were also shared and the Intel Core i9-11900 seems to feature a 65W PL1 and a 224W PL2 rating. The chip at full load using the AIDA64 FPU test has a rated power draw of 123W and stressing the AVX512 units pushes it further to 161W. Unsurprisingly, the chip yields a much higher temperature with AVX512 units running. At stock, the chip floats around 74C and with AVX-512, the chip soars up to 94C.